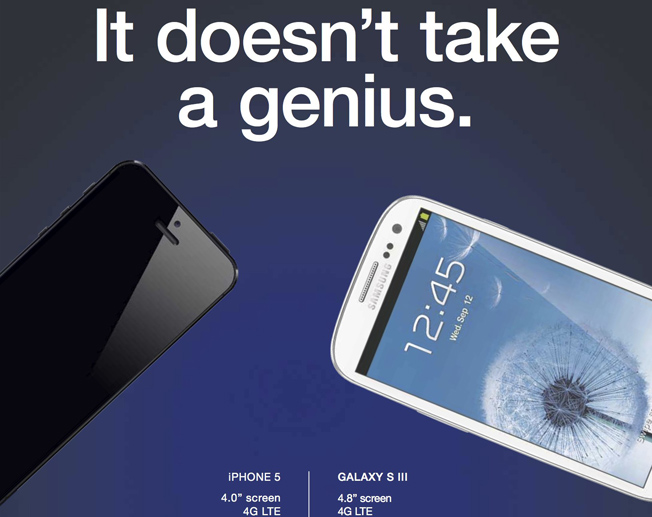 Another day, another panicky analyst note fretting about Apple’s (AAPL) future. Per ZDNet, the latest gloomy rumination on the world’s most valuable tech company comes from Barclay’s analyst Ben Reitzes, who says quite plainly that Samsung’s (005930) “momentum begs for an answer from Apple” in the near future. In particular Reitzes worries that Apple is letting Samsung clean up the mid-tier handset market with the Galaxy S III mini and the Galaxy Grand, and says the company needs to step up its efforts to diversify its iPhone portfolio by releasing a cheaper version of the device by the end of the year.

“To say that the Samsung momentum is an issue for Apple is an understatement,” Reitzes writes. “Not only is Samsung helping its own cause, but it catalyzes Android as well. As a result, we need to see Apple expand its iPhone market this year in a big way — and improve its platform in 2013.”

Samsung has indeed done quite well for itself by releasing several different types of devices under its Galaxy brand, from high-end smartphones such as the Galaxy S III to large “phablets” such as the Galaxy Note II to mid-tier smartphones such as Galaxy Grand. The question for Apple has always been whether it can deliver a wider range of devices while still maintaining its traditionally high margins that have helped turn the company into a profit powerhouse. While it may be premature to say that Apple needs to rush to catch up with Samsung, it’s certainly true that the company is facing pressure on the pricing front and brand portfolio front that it hasn’t faced since the launch of the first iPhone.