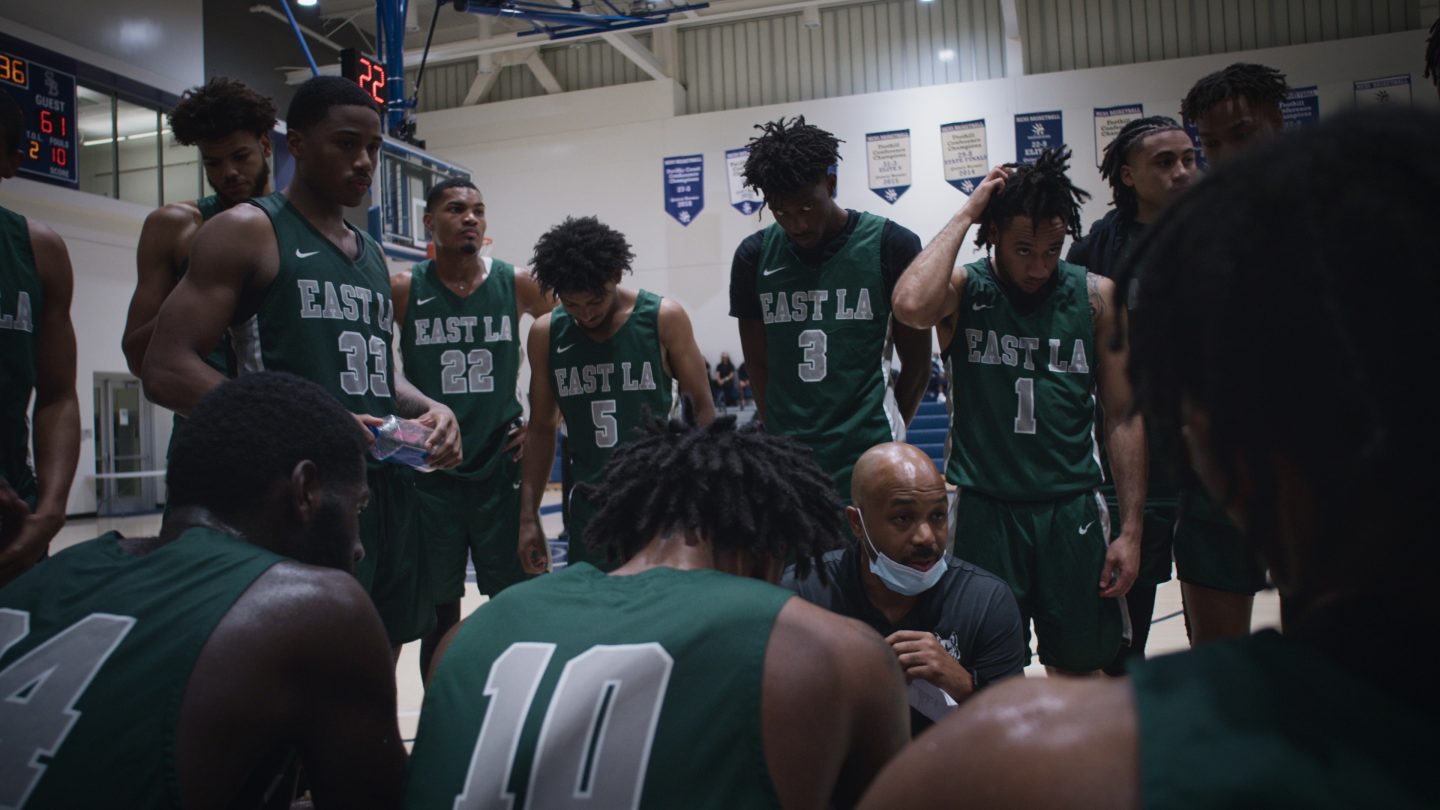 “When I’m playing basketball,” one of the community college ballplayers tells the camera during Season 2 of the Netflix series Last Chance U: Basketball, “everything goes away. I think that’s why I love it so much.

Welcome to another season of Huskies basketball, in a show about the game that’s also about so much more than what happens on the court. The critically acclaimed Last Chance U — which boasts a perfect 100% score on Rotten Tomatoes — is a series about young men, perseverance, dreams, mental health, and growing up. And it’s one of the best new Netflix releases to watch on the platform today.

From the streaming giant’s synopsis of the new season of Last Chance U, which was produced in association with GQ Studios, Endgame Entertainment, One Potato Productions, and Boardwalk Pictures:

“The series picks up a year after COVID caused an abrupt and emotional end to (East Los Angeles College’s) championship run in 2020. Head coach John Mosley is eager to get back on the court with an almost entirely new roster of Huskies, including talented but troubled D1-level athletes looking for a last opportunity to make it.”

Off the court, meanwhile, players get vulnerable and reveal their personal struggles with everything from family instability to mental health and even homelessness. That side of the 8-episode docuseries is what gives it so much more emotional resonance, to see what the players have to overcome before they even step foot on the basketball court to execute during games.

“Hopefully, I get a scholarship,” one of the players says in a voiceover while eating lunch outside with his toddler. “I gotta make something happen for my son.” It’s the kind of moment that’s Last Chance U wrapped up in a nutshell.

The series is directed by Greg Whiteley, Adam Leibowitz, and Daniel George McDonald. Its players are fiercely talented, and such a joy to watch on their respective journies toward excellence on and off the court.