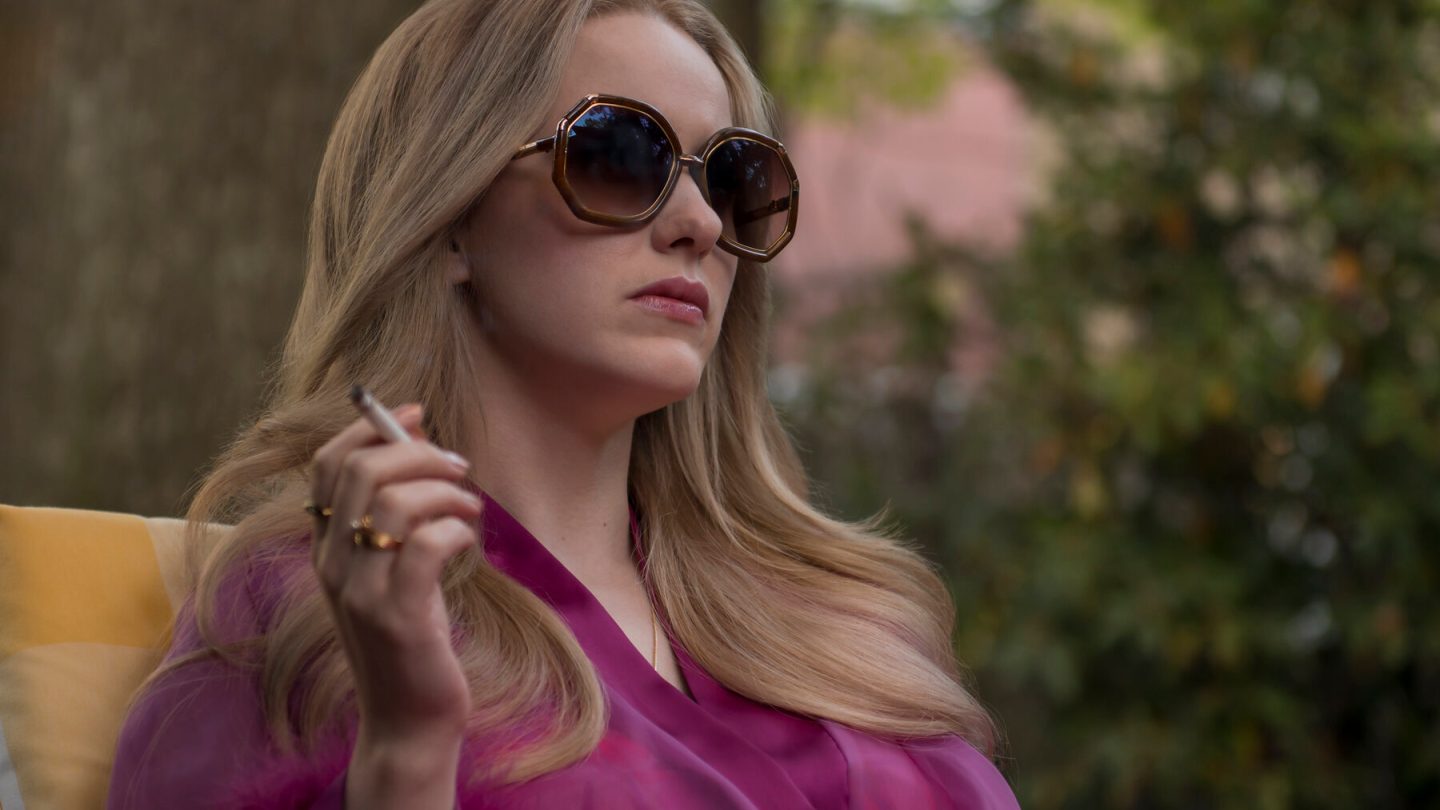 The coronavirus pandemic made the consumption of pop culture and the task of figuring out what to watch on the growing plethora of streaming services in 2020 more different and much more urgent than it had ever been before, thanks to all of us being forced to hunker down at home. Streaming content from Netflix and other providers became more of a collective experience in 2020, with movie theaters closed and options for consumer entertainment drastically curtailed because of safety concerns associated with the pandemic and public spaces.

Like most people, I found myself devouring more books, TV shows, movies, and even a few podcasts than I ever have, the pace of which ramped up considerably as the COVID pandemic worsened and staying home became even more of an imperative as the year dragged on.

I’m going to start off the list below with some of the movies I especially loved in 2020, all of which I streamed at home in lieu of a theatrical experience. I’m not saying necessarily that these were the best movies of 2020 (or that any of the pop culture below was necessarily the best of the year) just that these were some of the things I especially enjoyed this year and want to call them out. As far as movies go, hopefully, we’ll all get to return to our local cinemas and to those big, cushy chairs with a tub of popcorn to experience this kind of fare again very soon.

Palm Springs: This Hulu-exclusive movie stars Andy Sandberg and is basically a guy-girl romance involving two people stuck in a time loop that they have to figure out how to get out of. It worked on an even deeper level, not to be too on the nose about this, since 2020 was kind of a time loop that that all of us were likewise trying to figure out how to escape, am I right?

I’m Your Woman: Rachel Brosnahan blew me away in this Amazon original movie, in which she plays the wife of a criminal who has to go on the run and learn how to fend for herself when he doesn’t come home. If Rachel hadn’t uttered a single word throughout this movie, I still would have been bowled over by the power of her acting just by everything she tells you merely with her face and body language. She’s that good.

Tenet: Director Christopher Nolan’s newest feature film played with the concept of time in a way that made your brain hurt if you tried too hard to understand it. I’ve seen it three times already this year, first within the socially distanced setting of my local drive-in, and two more times via video on demand. Temporal pincers, a Russian super-villain, code phrases (“We live in a twilight world”), big, expansive episodes like an opera siege in Kiev — this movie had me on cloud nine.

So proud to share with you the very first trailer of TEHRAN which is one of the first series I had the privilege to produce with my Israeli partners Dana, Shula and Alon. The first three episodes will start on September 25th on @AppleTV and can't wait for you to discover what it pic.twitter.com/YrQjJh0iGz

Tehran: This is hands-down my favorite show on Apple’s still relatively young streaming service Apple TV+, which only launched a little more than a year ago.Tehran is focused on a fictional Mossad agent who goes deep undercover on a dangerous mission in Iran’s capital city that places her and everyone around her in jeopardy. There is a good chance I might cry for about a week if Apple doesn’t pick this up for Season 2. And speaking of Apple TV+ …

Ted Lasso: Another breakaway hit for +, this show is focused on the character of Ted Lasoo, a college football coach played by Jason Sudeikis who’s given the opportunity to coach a professional soccer team in England. Lasso is hopeful, earnest, and the kind of optimist with a perpetual grin on his face — even when one of the players laments that he’s now being coached by “Ronald (expletive) McDonald.” At which point, Lasso turns to his assistant coach. “You gonna let him talk to you like that?” I don’t think he was talking to me, the assistant coach shoots back. “He thinks he’s mad now,” Lasso muses, “wait till we win him over.” Definitely the feel-good show that everyone needed right now.

The Bureau: This show has been praised as basically France’s equivalent of Homeland. Like the title suggests, much of the action in Le Bureau des Légendes (as it’s known in France) takes place in and around an office, making this something of a workplace drama — albeit one that’s interrupted by plenty of sequences “in the field,” as well as sumptuous Parisian vistas for audiences to lust over. Things are set in a “bureau” of the Dírection Générale de la Sécurité Extérieure, or D.G.S.E. (France’s CIA). The protagonist is French intelligence officer Guillaume Debailly (who’s also known as “Malotru”), and the seemingly authentic tradecraft that he and his fellow spooks employ is fascinating to watch.

Better Call Saul (season 5): This Breaking Bad prequel series is so good, I almost prefer it to the sequel series that’s focused on Walter White. Lawyer Jimmy McGill (aka Saul Goodman) is such a fascinating character to follow, and the writing is elevated into the stratosphere by Bob Odenkirk’s performance. Creator Vince Gilligan also really, really loves what he does. Case in point: I could cite many examples, but in the finale of Season 5, Lalo Salamanca has just survived an assassination attempt. He angrily stomps out of frame, the gravel crunching underfoot as he walks. Slowly, that sound of crunching gravel turns into the sound of thunder — as if to suggest something like the god of war is about to unleashed.

No Man’s Land: Another fantastic Hulu original series, No Man’s Land introduces us to Antoine — a young Frenchman whose sister, we’re led to believe, died in a terrorist bombing. Eventually, Antoine comes to suspect she may not actually be dead — that, in fact, she might somehow have hooked up with a group of female Kurdish fighters who are ISIS’ biggest nightmare. From Hulu’s description of the show, “Antoine’s journey crosses paths with adventurers and anarchists, spies and innocent victims, and provides a unique look on the tragic events in Syria, and the way they affect the entire world.”

The Mandalorian: This one is a little show you might have heard about on this streaming service that launched called Disney+ that’s set on the Star Wars universe.

Suburra — Blood on Rome (Season 3): From Netflix’s description, “Suburra: The Series is a crime thriller set in Rome that describes how the Church, the state, organized crime, local gangs and real estate developers collide and blur the lines between the legal and the illicit in their quest for power. At the heart of the story, three young men with different backgrounds, ambitions and passions will have to forge alliances to achieve their deepest desire.”

Erik Larson’s “The Splendid and the Vile” shows the remarkable resilience of Churchill, the RAF, and the British people. But Larson also drives home the point of how close Britain was to being broken by Hitler. pic.twitter.com/XLpNwOsNGy

The Splendid and the Vile, by Erik Larson: I ordered this one from Shakespeare and Co., a bookstore in Paris I’d hoped to visit this year. It’s a novelistic historical treatment of the first year of the Blitz and how London reacted to Hitler’s provocations during WWII. It’s intensely focused on Prime Minister Winston Churchill’s reaction to the crisis (“We shall fight in France … We shall go on to the end”), and it felt somehow appropriate to read right now during the coronavirus era.

Here and Now and Then, by Mike Chen: I was looking for something like this to read after watching Tenet. The hero of this book is a time-traveling secret agent who chases a criminal into the past, gets stuck there, decides to settle down with a family, and then a secret agent buddy returns to bring him back to the future. This book deals with all the fun time-travel plot devices we’re familiar with, like the secret agent hero trying to somehow escape the grandfather paradox — for example, trying not to do anything that will finger-snap his new family in the past out of existence, Thanos-style.

Podcasts that hooked me in 2020

The tale of @joydivision and New Order is being told like never before in ‘Transmissions: The Definitive Story’; the new podcast series capturing vivid moments and retelling the epic chronicles of the group from Joy Division’s inception onwards >> https://t.co/p5Wul4YIgl pic.twitter.com/aCv1scqYW6

Transmissions — The Definitive Story of Joy Division & New Order: Based on interviews with band members and others, this podcast tracks the history of two incredible, unforgettable bands.

True Spies: Narrated by actresses Hayley Atwell and Vanessa Kirby, this podcast offers just what the title suggests — a recounting of true stories from the lives of real spies, covering everything from the Cold War to the 2000s-era War on Terror.