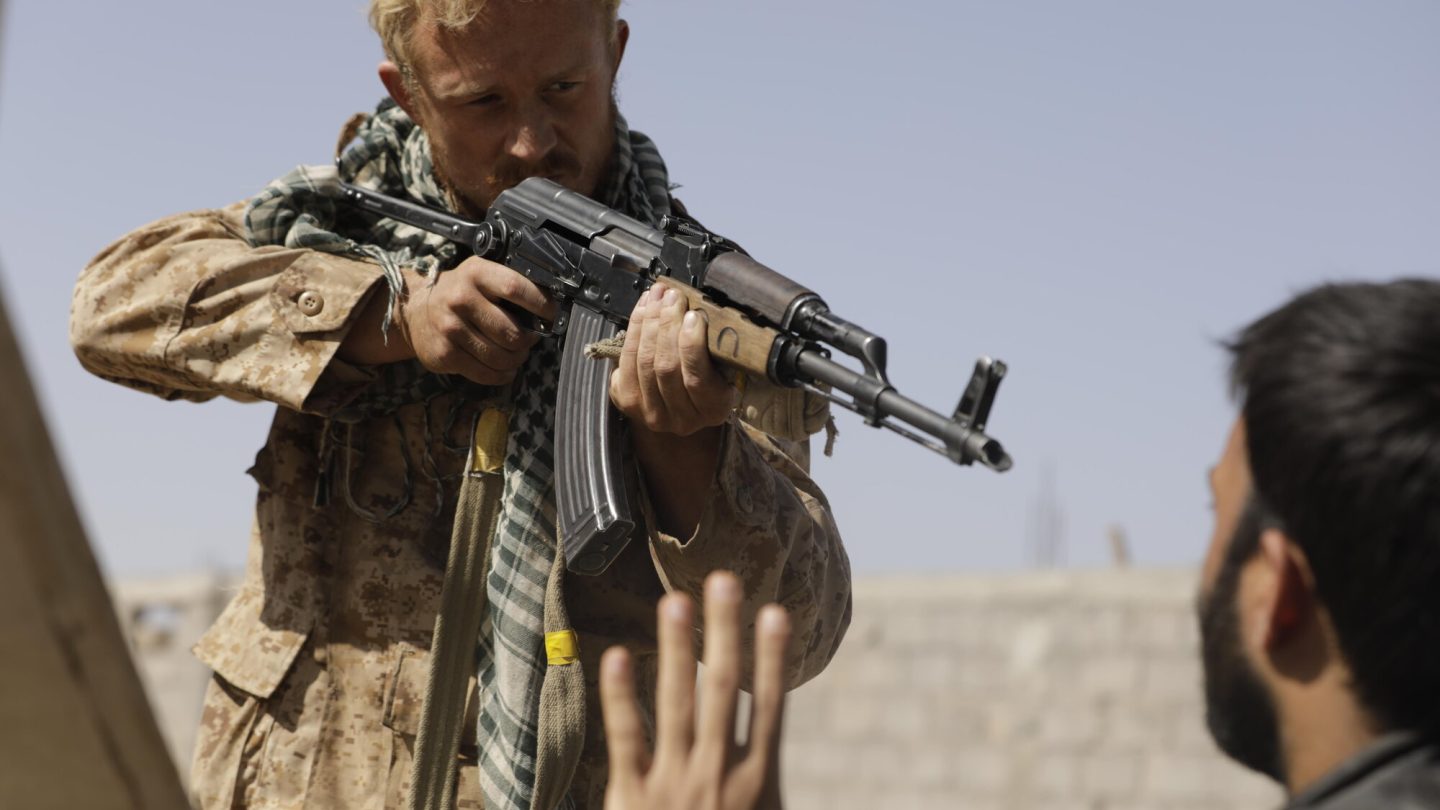 As far as I’m concerned, you all can keep your frothy Emily in Paris and the buzzy shows dominating all the best-of lists right now like The Queen’s Gambit, not to mention all the reality crap, and whatever else streaming audiences are filling up their time with these days. I’m a simple man. I want complex, tense, action-filled, spy/espionage/thriller dramas. If it’s set in Europe or the Middle East, great. If it’s got a flawed, imperfect protagonist, if it embraces all the muddy grey of nation-states and the invisible army of spooks and other silent warriors who protect them — even better. You will have my undivided attention.

After recently checking out the Israeli spy thriller series Tehran on Apple TV+ as well as the fantastic Russo brothers-produced Netflix original film Mosul, both of which checked all my boxes, I was in the mood for something similar. Mosul follows a rogue SWAT team inside the Iraqi city of Mosul (which was known as Nineveh in the ancient world) as the team fights to save the city from ISIS. It has an all-Arabic cast, plus intense, immersive combat scenes, and it hooked me with a wild gun battle right from the start. And after that, when I was ready to search for what to watch next, it was Hulu that had my back: Luckily, I came across the Hulu original series No Man’s Land.

The gist: Antoine is a young Frenchman whose sister, we’re led to believe, died in a terrorist bombing. Eventually, though, Antoine comes to suspect she may not actually be dead — that, in fact, she might somehow have hooked up with a group of female Kurdish fighters who are ISIS’ biggest nightmare. From Hulu’s description of the show, “Antoine’s journey crosses paths with adventurers and anarchists, spies and innocent victims, and provides a unique look on the tragic events in Syria, and the way they affect the entire world.”

One of the things I liked most about the series is its introduction of and focus on characters you don’t usually see portrayed in these kinds of movies and shows that are set in the modern, conflict-ridden Middle East. Specifically, female fighters, who in this case comprise the YPJ — the all-female group of Kurdish fighters who relentlessly pound ISIS in battle after battle.

“They want ISIS to know women are shooting at them, because ISIS soldiers are not afraid of dying (in) battle,” No Man’s Land co-creator and executive producer Maria Feldman said during a panel discussion in August about the show, per Deadline. “They think they will go to heaven and get 72 virgins unless they are killed by a woman … When they hear the (female) sounds and see the colorful scarves, they know women are shooting at them and sometimes freak out and run away. That’s why Kurdish fighters, and especially YPJ and female battalions, play such an important role in defeating ISIS. In that way, it became an important force, because finally ISIS became scared of women.”

NO MAN's LAND is now out globally. US on @hulu, UK on @starzplayuk, France/Germany on @ARTEfr, rest of Europe on #HBOEurope or #Starzplay. Latin America, India & others on #Starzplay. Hope you enjoy the emotional, thrilling ride about how far we can go for family/closest friends. pic.twitter.com/NMsIhoRD0W

Who should watch this? If you’re a fan of Showtime’s Homeland, as well as some of Netflix’s hit original foreign series like Fauda, this one may be up your alley, too. Oh, and if it helps sway your decision, Feldman previously executive-produced the critically acclaimed Fauda.