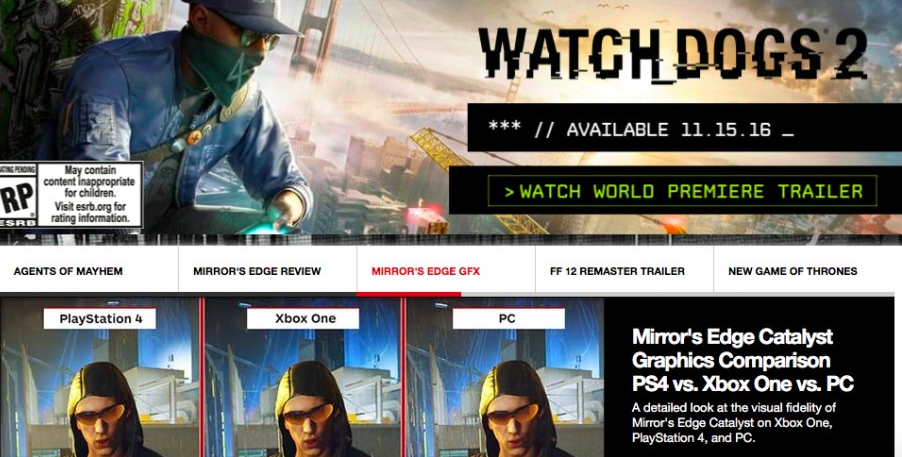 We always knew that a sequel to Watch Dogs was inevitable, but on Monday, Ubisoft finally made it official with the release of a short teaser trailer. Along with the trailer, the studio also announced that it would host a Watch Dogs 2 world premiere event on June 8th at 12PM ET on WatchDogs.com, but didn’t share any further details about the game or when it would launch.

According to the ad, which you can see pictured at the top of this post, Watch Dogs 2 will launch on November 15th, 2016 and will be set in San Francisco. The setting for the sequel was previously reported an unnamed developer on 4chan and then backed up by a report from Kotaku in January.

Although Watch Dogs 2 is sure to be the centerpiece of the show, Ubisoft will have plenty of other games to show off at E3 2016, including For Honor, South Park: The Fractured but Whole, VR game Eagle Flight and Tom Clancy’s Ghost Recon Wildlands, (the game I’m most looking forward to seeing).

If you want to see all of these games in action, be sure to tune in live for Ubisoft’s E3 press conference on June 13th at 4PM ET.