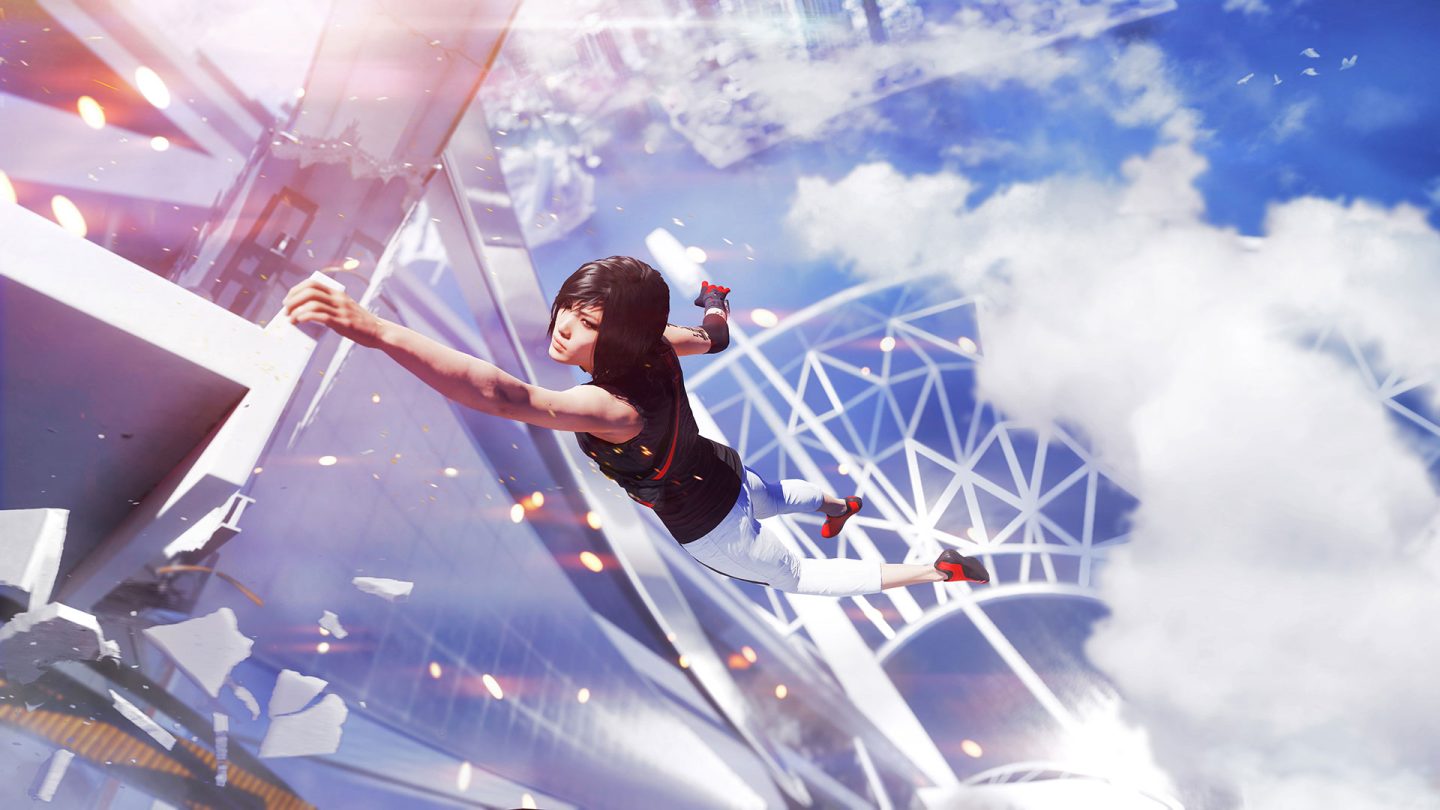 Although it featured many elements of platformers and first-person shooters, the primary way that you interacted with the environment was by running, jumping, sliding and rolling through it at high speeds.

It wasn’t perfect, but it offered an experience unlike any other, which is why the prequel, Mirror’s Edge Catalyst, has become one of the most highly anticipated games of the generation. So does it live up to the hype?

Mirror’s Edge Catalyst is a prequel to Mirror’s Edge, in that it takes place before the first game — but when it comes to ambition and scope, it’s a major step forward. The mechanics are improved, the story is expanded upon, and Faith, the protagonist, is far more fleshed out than she was previously.

Unlike the original game, Catalyst also offers a fully open world to explore, filled with collectables, side missions, enemies and other optional content.

The City of Glass is split into several different regions, each of which you’ll explore from top to bottom during the game’s critical path missions. Despite the fact that the city is almost entirely devoid of human life (at least, the part of the city you’re exploring), each region has its own personality.

What sets Catalyst’s open world apart from those in other games is (as you might have expected) the way in which Faith traverses through it. When the game’s developer, DICE, revealed that Catalyst would be an open world game, I couldn’t fathom how they world pull it off. How could a game that requires such a great deal of precision from the player exist in a fully explorable open world?

There are a few keys to success here, but the most important might be Runner’s Vision. Throughout the game, Faith is able to see a red line and objects highlighted in red in the environment to indicate where she needs to go. This can be turned off, but when you’re sprinting away from enemies or trying to reach an objective within a time limit, Runner’s Vision can be a lifesaver.

The other key worth noting is the level design. Yes, you’re going to occasionally throw yourself off of a ledge when you meant to walk along it and yes, you’re going to swing off a pole when you meant to climb up on it, but considering how how fast you’re going to be moving through the City of Glass, it feels like a miracle that the game is able to keep up with Faith at all. That’s a testament to both the game’s mechanics and the level design, which allows you to choose how you want to get from point A to point B without forcing you to take the exact same route every time.

Unfortunately, along with the increasingly complex world comes a frustratingly obtuse plot. Faith is a member of a group called the runners: for-hire thieves who live on the rooftops. Noah, the leader of her cabal, wants to change the world, which has been taken over by an insidious corporation known as KrugerSec.

There are half a dozen other friends, enemies and friends who are one bad day away from becoming enemies, but it’s difficult to keep track of any of them, because the game expects you to understand Faith’s relationship to each and every character before the game even begins.

Thankfully, you’re not playing this game for the story.

The most compelling element of Mirror’s Edge Catalyst is the upgrade system. Well, not the system itself, but the abilities you unlock as you complete missions and gain experience during the campaign.

Tired of losing all your momentum when you have to climb a ladder or shimmy up a pole? A single upgrade will have you flying up ladders as quickly as you slide down them. Sick of running into crowds of enemies and having to chance directions? Buy the Disrupt upgrade and stun them while you run past.

The progression system is relatively linear, but by the time you reach the last leg of the critical path, Faith will be so much more powerful and more mobile than she was at the beginning of the game that you’ll hardly recognize her.

Oh, and there’s also a grappling hook. Early on, Faith gets a hold of something called a MAG Rope, which allows her to swing across buildings, pull herself up to previously unreachable ledges and even pull down obstacles.

Much like the Metroid and Castlevania games of old, Catalyst encourages players to return to regions they’ve already explored in order to uncover locations they couldn’t access before. You won’t be able to see all of Glass until you’ve unlocked every tool and upgrade, so there’s plenty of incentive to continue to run around, even after you’ve beaten the game.

I’ve avoided it as long as I can, but Catalyst also features combat. DICE has wisely removed Faith’s ability to use weaponry of any sort, but there are several critical junctures in which you have no choice but to punch your way out of situations. The enemies are relatively predictable, but the combat system is still the weak link in the franchise.

There are five types of enemies: Guardians, Protectors, Shock Protectors, Enforcers and Sentinels. Each have their own specific skill sets, but Shock Protectors and Enforcers are the ones that can absorb the most damage, making them the most frustrating to deal with. The game does feature a clever system where Faith can temporarily dodge bullets by building up momentum, but when you’re actually forced to stand and fight, the lack of attention that went into combat rears its ugly head.

Combat is mercifully not as big of a component as it could have been, but I’d have rather it been removed altogether if this was the best it could be.

Despite any issues I had with the game as a whole, Mirror’s Edge Catalyst accomplished the one thing it needed to accomplish — redefine and build upon the incredible traversal system of the original game.

Once again, DICE has created an experience that has no equal in the industry, and that’s something worth celebrating.

EA provided BGR with a copy of Mirror’s Edge Catalyst on Xbox One for this review.