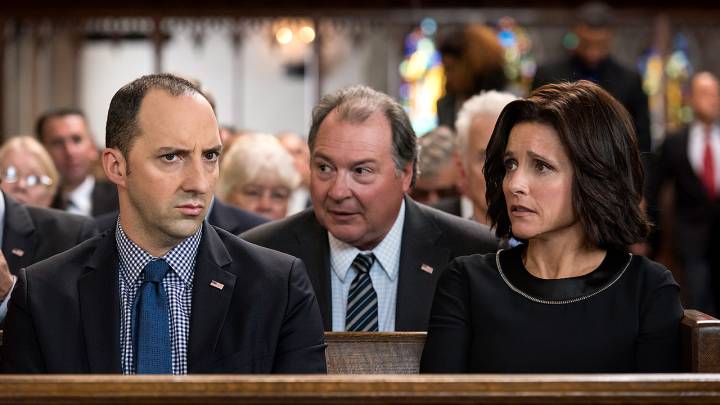 If you were hoping that Game of Thrones would be the only popular HBO show coming to an end after its next season, I have some bad news for you. On Wednesday, The Hollywood Reporter learned from star Julia Louis-Dreyfus herself that season 7 of Veep, set to begin airing in 2018, will be the show’s last.

“It became clear that this season should be the last season,” Louis-Dreyfus told THR’s Tim Goodman. “We don’t want to repeat ourselves or wear out our welcome. The story has a finality to it that feels end-of-series.”

Both Louis-Dreyfus and fellow executive producer David Mandel say that as the story of the seventh season came together, the most important thing was to make sure that they didn’t repeat themselves. At first, Veep was a show about a woman who wanted to be president but settled for the vice presidency, but as the seasons wore on, the writers began taking greater risks, putting Selina Meyer in a position to win the presidency, ripping it away from her and potentially giving her a chance to win it back.

Louis-Dreyfus says that it’s hard to walk away from a role like this, but noted that this wasn’t the first time she’s had to make such a difficult decision. After all, the final episode of Seinfeld aired nearly 20 years ago, and while it was the right move for the show and the actors, it wasn’t easy to walk away then either.

But for now, Louis-Dreyfus and the rest of the cast and crew are going to focus on the remaining ten episodes, which they’ll begin shooting on October 16th. HBO has yet to announce a premiere date, but we can probably expect to see the first episode of season 7 within the first two or three weeks of April.