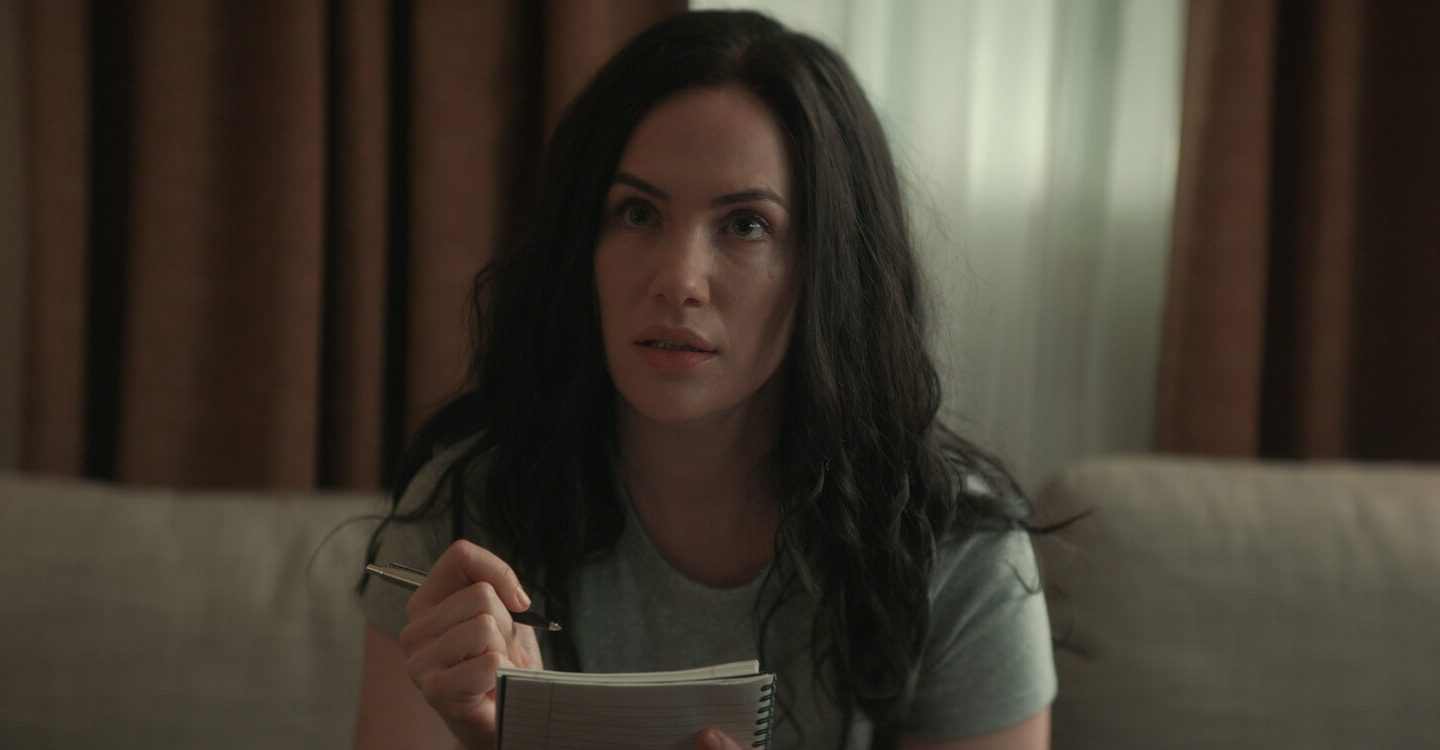 One of the top-ranked titles on Netflix in the US at the moment is a newly released psychological thriller about a woman who finds herself a little stuck, both personally and professionally — and, as a result, turns to a hypnotist for help. The new Netflix movie Hypnotic stars Kate Siegel, Jason O’Mara, and Dule Hill. And it peaked at #3 on Netflix’s combined Top 10 ranking that includes both TV shows as well as movies. On the movie chart in the US, it currently sits in the #2 spot behind Army of Thieves. That’s all in spite of the fact that this new film, directed by Suzanne Coote and Matt Angel, was only added to Netflix just a couple of days ago.

Is it worth the hype? We’ve got all the details about this new Netflix feature film below.

Siegel plays a young woman in Hypnotic who, in the interest of self-improvement, decides to turn to a renowned hypnotist (played by O’Mara). However, she soon discovers some unappealing consequences after a few sessions. “After a handful of intense sessions, terrifying events, and mysterious blackouts,” Netflix’s Hypnotic press material teases, “Jenn soon finds herself caught in a dangerous mind game.

“With the help of Detective Wade Rollins (Dulé Hill), Jen looks to put the pieces together before it’s too late.”

In truth, with this new movie, Siegel seems to be cementing herself as a Netflix horror mainstay. She’s also acted in other titles in the same genre for the streamer, including Gerald’s Game as well as The Haunting of Hill House. Oh, and let’s not forget her turn in Netflix’s Midnight Mass (which she made with her writer-director husband Mike Flanagan). “Siegel is sweet and sunny school teacher and single soon-to-be mom Erin Greene,” Vanity Fair noted about her role in the latter. And that her “warmth, unflappability, and basic decency provide stability in her small fishing village when bizarre ‘miracles’ start to upend the island.”

Take a journey into the dark recesses of the mind with HYPNOTIC, a tense thriller starring Kate Siegel as a vulnerable woman who becomes the patient of a sinister hypnotherapist. Now on Netflix 😵‍💫 pic.twitter.com/4rBuW2MXgY

Unfortunately, the movie hasn’t actually garnered a positive reaction from critics as well as viewers who’ve already seen the movie.

Over at Rotten Tomatoes, the movie has a pretty bad 36% critics score. That’s based on 11 reviews, like this one from Den of Geek. At one point, it notes that: “Netflix original movies are like fast food; they’re cheap and easy to make, they’ll temporarily fill you up, have a passable taste that’s familiar and unchallenging, but you’ll either forget about the quick fix or regret it entirely.”

The audience score is worse (22%), though it’s based on less than 50 user ratings thus far. Along the same lines, the movie has a 5.2/10 rating over at IMDb. We’ll have to wait and see if these scores improve over time as more people check out the film. It’s currently the #2 movie on Netflix’s entire site in the US though, so IMDb ratings might not tell the whole story.