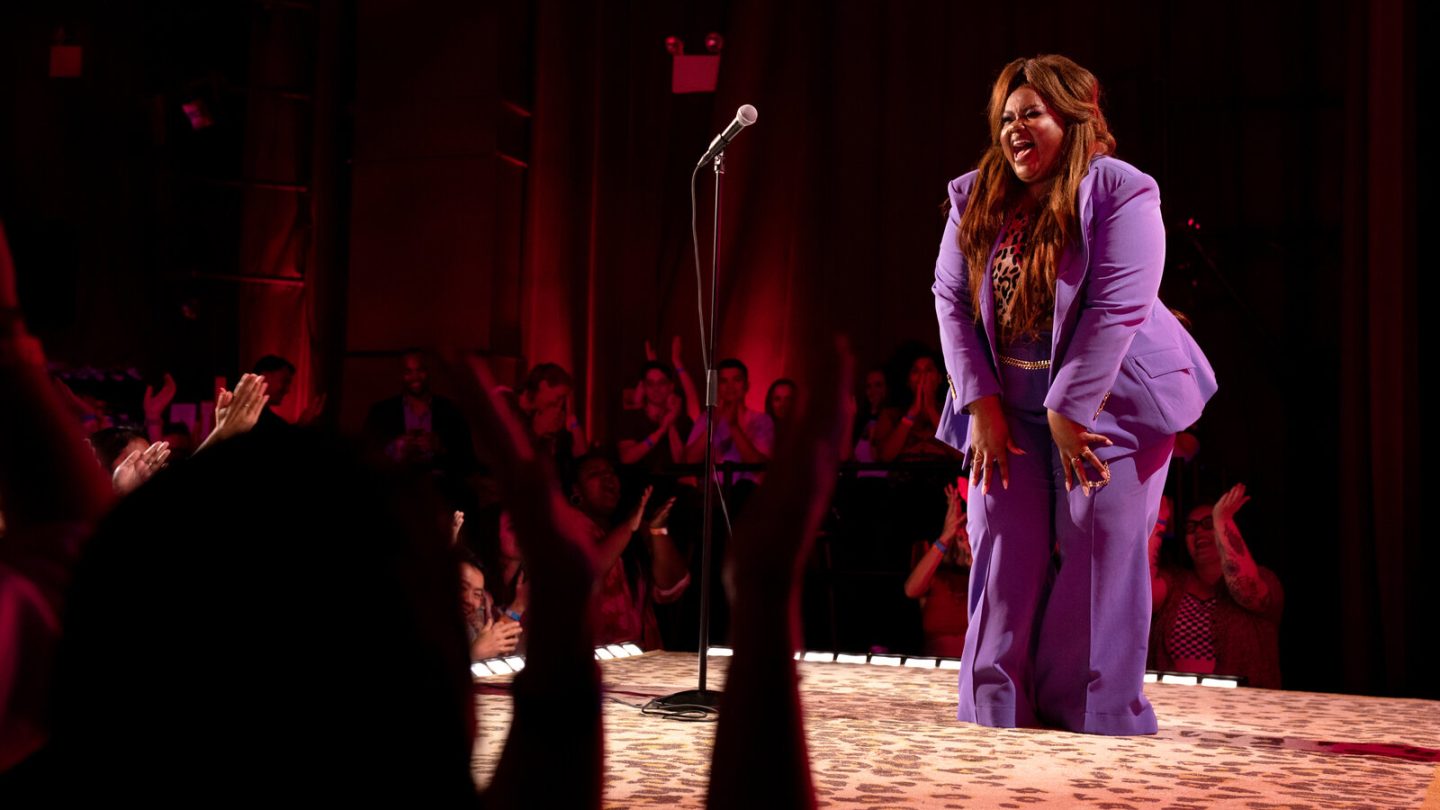 Here’s Netflix’s summary of her comedy special, which is streaming now. “Karens gone wild. Cat funerals. Trying to hook up during lockdown. Nicole Byer gets delightfully down and dirty in her first Netflix comedy special.”

In my considered opinion, Byer definitely looks to be one of the hardest working women in standup comedy. She’s a published author. She has more standup dates in the works including in Phoenix and San Jose, Calif. Byer also hosts podcasts, like Why Won’t You Date Me? which currently has more than 200 episodes available to check out.

New York City has loomed large in Byer’s life, both personally and professionally. “It’s the city where I started doing comedy,” Byer says at one point during her new special. “It is the city where I dropped a pizza, cheese side down, and then ate it!”

Netflix is a Joke

More legendary comedians, shows and venues than we could ever fit on a poster. Netflix Is A Joke: The Festival is taking over LA starting April 28th. Tickets available Friday at https://t.co/5glTYiQRQa pic.twitter.com/iXzakJUGEZ

Dave Chappelle, whose recent Netflix special The Closer attracted considerable controversy for the streamer, is also among the comedians set to appear. Tickets go on sale to the general public Friday, December 10.

Also worth noting, the comedy festival will take place across LA venues including Dodger Stadium, the Hollywood Bowl, and The Greek Theatre. Other locations include The Comedy Store, and the Crypto.com Arena (formerly known as the Staples Center).

“We were so disappointed to postpone the event last spring and our line-up of comedians can’t wait to bring much-needed laughs to audiences in LA and around the world on Netflix,” Praw continued. “Netflix Is A Joke Festival is going to give comedy fans the opportunity to see the greats and discover new voices in one of the greatest cities in the world.”

Recordings of select shows from the festival will debut in their entirety at a later date on Netflix. Highlights will also be available on the Netflix Is A Joke SiriusXM channel, as well as on the streamer’s social platforms.