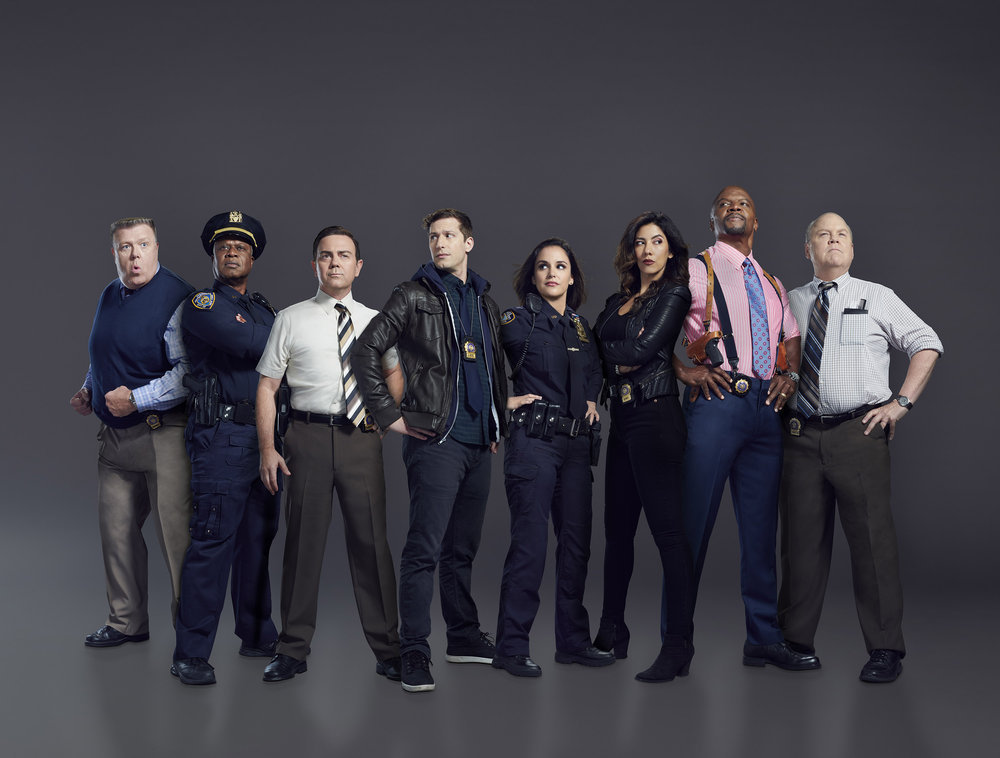 In a note sent to television critics a few days ago, Brooklyn Nine-Nine series co-creator Dan Goor explained what’s in store for the show’s fans come February 6, when Season 7 will debut on NBC.

The season premiere, it seems, was conceived as two standalone half-hour episodes rather than a single hour-long premiere, and those two episodes will air back-to-back on February 6 from 8-9 p.m. Eastern Time before the show settles into an 8:30 p.m. slot the following week for the duration of the season. “This season has 13 (amazing) episodes,” Goor raved to critics. “We pick up the action shortly after the end of season six with Capt. Holt being demoted to uniformed officer by his nemesis Madeleine Wuntch. In addition to many of our favorite guest stars returning, we’re very excited for Vanessa Bayer’s excellent three-episode arc at the start of the season.”

That’s a rundown of what’s coming, of the obvious things we can expect to see. In a conversation with BGR ahead of the show’s return, however, Goor gave us a taste of everything you don’t see — how the whole thing gets made, from the inner workings of the show’s writers room as well as its emphasis on diversity; a tease of where Jake Peralta and Amy Santiago’s relationship is headed next; how the show actually builds scenes and ensures the jokes land where they’re supposed to. But perhaps most intriguing of all is how Goor, who created the show with Mike Schur, still … well, how he still feels about it.

The 99th precinct got a big shake-up for Season 7! #Brooklyn99 returns February 6 on NBC. pic.twitter.com/0OH1Ghn9nj

You do anything long enough, and at some point there’s that subtle metamorphosis where it can change from a calling to a gig, a grind even. Let it be known, however, that Goor still thinks Brooklyn Nine-Nine is as “noyce” of a job as he’s ever had, and he remains as big a fan of the show as you are. His favorite thing about it, after all this time? Just being in the middle of things, around it all. In spite of the production madness, the deadline craziness, all the not-so-fun parts, “I still love watching our actors perform the words that our writers have written,” Goor tells BGR. “I’m a fan of the show. So it’s still fun to make the show, because it’s still fun to watch the show.

“I still love hearing the writer’s pitches and reading the drafts. Just as a fan of the show, not to be too geeky, but it’s fun still to be in the middle of it. And I enjoy all the different character dynamics we have and the comedy that comes out of it. The characters still really make me laugh.”

As we begin things in the new season of the show, which NBC has already greenlit for a Season 8, Jake heads up a manhunt following an attempt on the life of a city council member. Holt also is shown trying to make a go of things in his new position as an officer on the street again, working with a partner played by a Nine-Nine newcomer, Saturday Night Live veteran Vanessa Bayer.

Just in time for the season premiere, meanwhile, the show is also getting its own podcast — a six-part series that will offer up fun tidbits about the show from both on- and off-screen. That means everything from history to insights about the casting process, and interviews with Goor will be included in these episodes. The podcast host will be Marc Evan Jackson, the actor who plays Raymond Holt’s husband Kevin on Brooklyn Nine-Nine.

Fan service like that is arguably one reason why the show endured, long enough to get a Season 7 when so many shows in the Netflix era are lucky to make it past one. But also, credit goes to the show’s crack writing operation — the team that crafts all those zippy one-liners and the epic banter and punning between the leads — as well as the strength of the characters themselves.

“The tough thing for us is you have to not only figure out how to build a story, but every scene has to have jokes in it and every scene has to end with a joke,” Goor explains. “The way the process in our writers room works is we usually have 10 weeks of pre-production, during which time we talk generally about what we want the arc of the season to be for all of the characters. And for the Nine-Nine as a whole.

“Really, everyone is encouraged to pitch. Every idea — it’s a meritocracy of ideas. It doesn’t matter how long you’ve been there, it doesn’t matter what your title is. If you have a good idea, that’s the idea we’re gonna go with.”

From there, part of the writing team will then figure out how to “break” stories, which entails figuring out the beats (the rhythms and timing of scenes) and where the jokes will land. Another group of writers handles script re-writes. The script is handed in. Goor puts his notes on it, as does his #2. More back-and-forth, more notes, then a table read.

In terms of all that writing and work for this upcoming season, Goor teases this regarding Jake and Amy’s relationship: “All I will say is I guarantee that there will be … there might be at least one kiss this year. Because I know the Jake-Amy stans were furious … How about this. The Jake-Amy stans were furious at me for there being no kisses last year, and I’ve taken that to heart.”

The character of Gina Linetti, played by Chelsea Peretti, won’t be back this season. But there’s no grand reason why, other than Goor acknowledging they couldn’t settle on a storyline there that they were happy with for her.

In keeping with the show’s attempt to balance humor and the life of a real-world police precinct (wherein the show has dealt in the past with everything from issues relating to sexuality to police brutality), there’s at least one storyline this season that will deal with a witness who’s undocumented, and all the problems that poses for both the witness and the police.

Given that the show is already assured of at least a Season 8, it’s probably only natural that Goor acknowledges he’s been thinking about a natural end for everything — that it’s been on his mind for the last few seasons, in fact. Anytime a show passes the 100-episode mark, he says, it’s something you’ve got to start thinking about. But, at the same time, he says it’s hard for a show like this one. A series like Game of Thrones, for example, there was something the whole thing was building towards, a natural progression.

“This is not a show that is super-directional,” he says. “Like, in some ways Parks and Rec — Leslie Knope had a project she wanted to complete. So you could always imagine her achieving some goal. These guys (on Brooklyn Nine-Nine) kind of do what they do on a daily basis, and they kind of want to do it forever. It’s actually quite a challenge to think about.”

Speaking of “these guys,” Goor adds: “I’m always afraid to sound like I’m tooting our show’s horn, but I think that there … that people have really related to the fact that the show is funny but at the same time is hopeful and presents a vision of humanity that is positive. And the characters seem to all love each other.” That, he says, is why the show will keep going, for at least a little while longer.

“I just think that’s something that people respond to.”