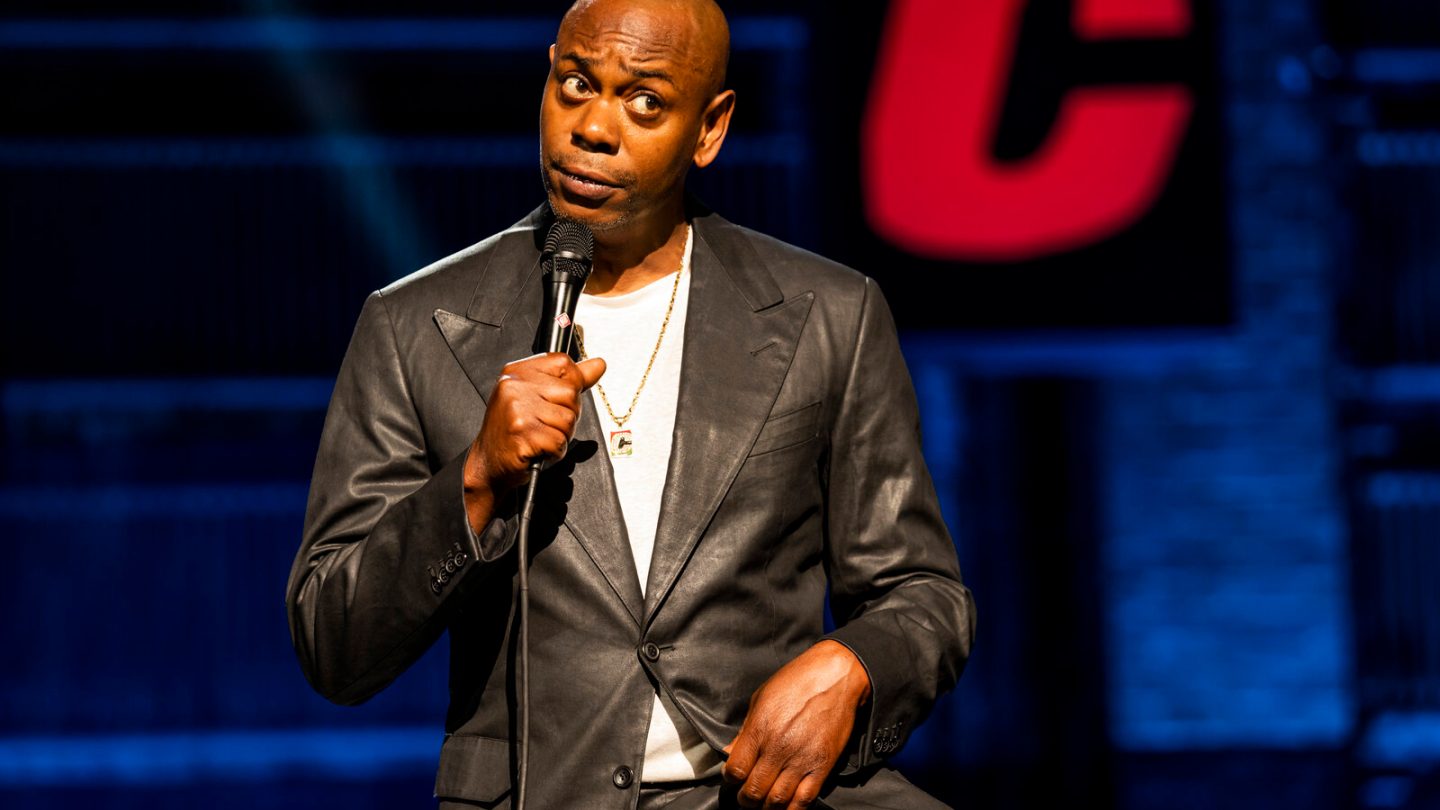 The newly released Dave Chappelle Netflix comedy special, The Closer, is an aptly named piece of work if you ask me.

This is the comedian’s sixth and possibly final Netflix stand-up special. So it “closes” out, if you will, a series that also includes the following Chappelle Netflix specials: The Age Of Spin, Deep In The Heart Of Texas, Equanimity, The Bird Revelation, and Sticks & Stones. The Closer is also a great name for Chappelle’s newest project because — good lord, does this man know how to close a deal, or what? Not one, not two or three, but six comedy specials. And with a streamer that seems to love the comedian as much as the audiences who roar with laughter at his often risque and always politically astute brand of comedy.

The Closer debuted on Netflix on Tuesday. Already, it’s garnered a super-strong 96% audience score on the review aggregation site Rotten Tomatoes, based on more than 250 user ratings. But this is not to say, however, that the new special has garnered universal praise.

On the contrary, the special is actually controversial enough that some groups are calling for an outright boycott. And for Netflix to pull it down, even.

Morgan Freeman wants to talk to you about Dave Chappelle.

The Closer premieres at midnight. pic.twitter.com/htt2fYS2zx

The Closer has drawn fire for what some critics are calling transphobic jokes. So much so, that David Johns, executive director of the National Black Justice Coalition, released an angry statement in response. It blasts Netflix for airing Chappelle’s “lazy and hostile transphobia and homophobia.”

2021 is on track, the statement continues, “to be the deadliest year on record for transgender people in the United States … Netflix should immediately pull The Closer from its platform and directly apologize to the transgender community.”

Jaclyn Moore, the executive producer of Dear White People (a Netflix series that just launched its fourth and final season) tweeted along those same lines. As well as a promise to no longer work with the streaming service.

I told the story of my transition for @netflix and @most's Pride week. It's a network that's been my home on @DearWhitePeople. I've loved working there.

I will not work with them as long as they continue to put out and profit from blatantly and dangerously transphobic content.

Dave Chappelle's brand has become synonymous with ridiculing trans people and other marginalized communities. Negative reviews and viewers loudly condemning his latest special is a message to the industry that audiences don't support platforming anti-LGBTQ diatribes. We agree. https://t.co/yOIyT54819

Needless to say, the criticism is not likely to blunt Chappelle’s standing with the streamer.

In other Netflix-related Chappelle news, it’s also worth adding a reminder that his classic sketch-based Chappelle’s Show from Comedy Central was added back to Netflix this year.

Netflix had removed the show back in November. That came after the comedian complained ViacomCBS had licensed the show without his approval. Sometime later, Chappelle announced that he’d inked a new deal for the show. And he thanked fans for supporting him, as well as Netflix and Viacom for making things right.

Fans of The Closer himself have been leaving messages of support for him on Twitter, such as the following:

I really hope you watched The Closer. And I hope you really listened. Dave Chappelle. The Poet, The GOAT, The Human pic.twitter.com/AGqIiB7VKH