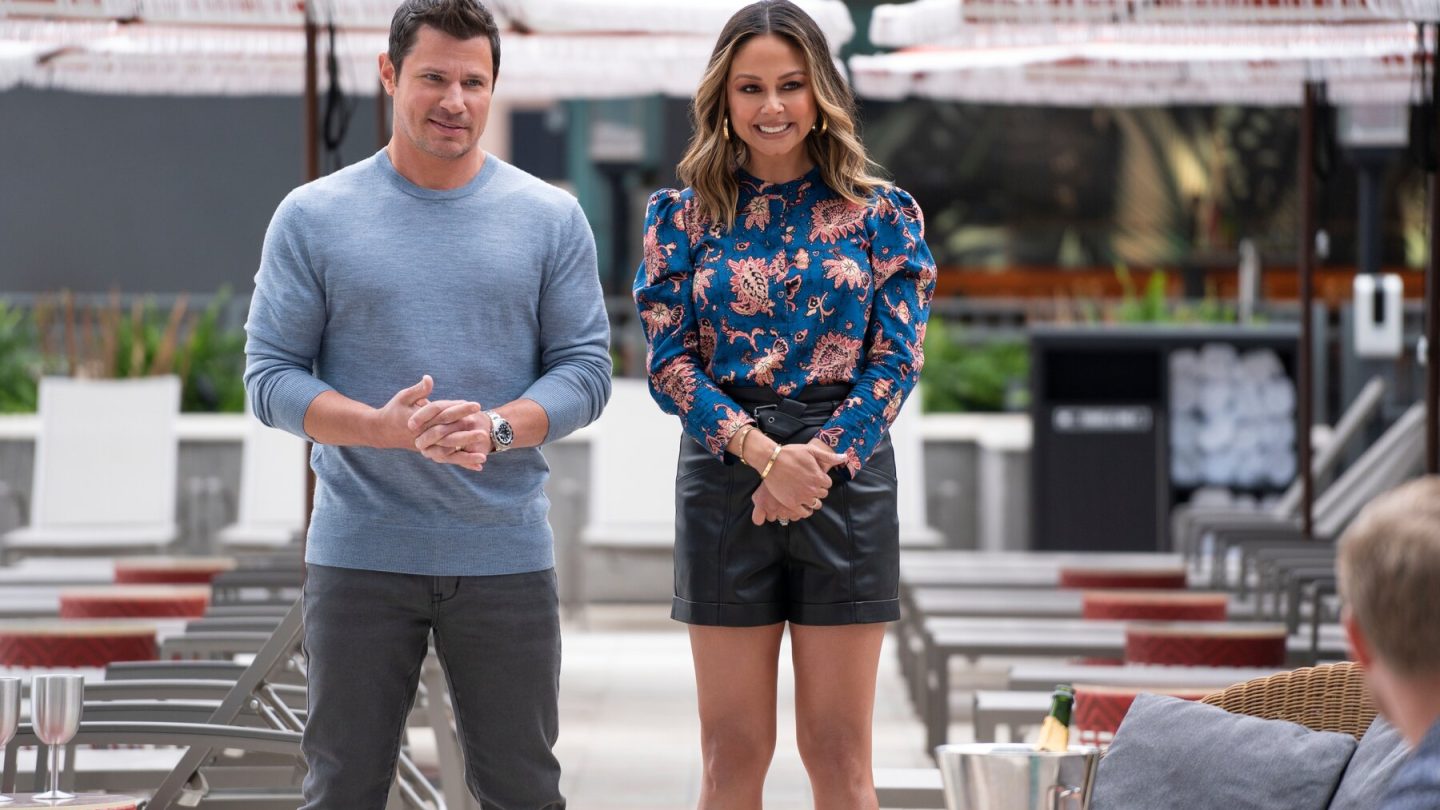 Love is Blind — the Netflix reality series where contestants try to build a romantic connection without physically seeing each other first — has been a definite hit for the streamer. Season two of this series, with Nick and Vanessa Lachey as hosts, debuted on the streaming platform in mid-February. And it’s still drawing huge ratings for Netflix weeks later. In fact, it garnered almost 54 million hours viewed globally in the week that ended February 27, alone.

That’s according to the latest international Top 10 rankings that Netflix puts out each week. Meanwhile, you can get an even stronger indication of how much of a success this franchise has proved to be via another simple fact. Netflix is about to launch what feels like a 10-episode spinoff, even if the streamer doesn’t bill it as such.

This new series, which the hosts announced during the Love is Blind season two reunion special, is titled The Ultimatum. And it comes from the same team behind Love is Blind.

Per Netflix’s description of the new series: “Six different couples, on the verge of marriage. One partner is ready to get married, the other isn’t quite as sure. An ultimatum is issued — and in just over eight weeks, they must commit to marriage, or move on. In the meantime, each will choose a new potential partner from one of the other couples, in a life-changing opportunity to get a glimpse of two different possible futures.”

Netflix dropped a trailer for The Ultimatum on Friday, March 4, that you can check out right here:

“The only thing scarier than losing you right now would be … to marry you,” one of the participants says in the trailer.

Marriage ultimatums might not sound like a winning formula for lasting romance. But it’s definitely the stuff of reality TV gold, right? Nick Lachey tells the new series’ participants at one point: “Take a good look around at each other.” Vanessa then chimes in. “You’re going to find out if there are people here…”

Interjects Nick again: “…who might be a better fit.”

Awkward and possibly cringe-inducing hookups. Pre-marriage jitters. Will they or won’t they couples. What’s a reality TV fan not to like?

Eight of The Ultimatum’s 10 episodes will debut on Netflix on April 6. The finale and reunion episodes are coming to the streamer one week later, on April 13.

Meantime, this new arrival comes at an interesting time for Netflix. One that finds the streamer working hard to build out its portfolio of original reality series, at an increasingly fast pace. Among the most recent and popular additions, there are: