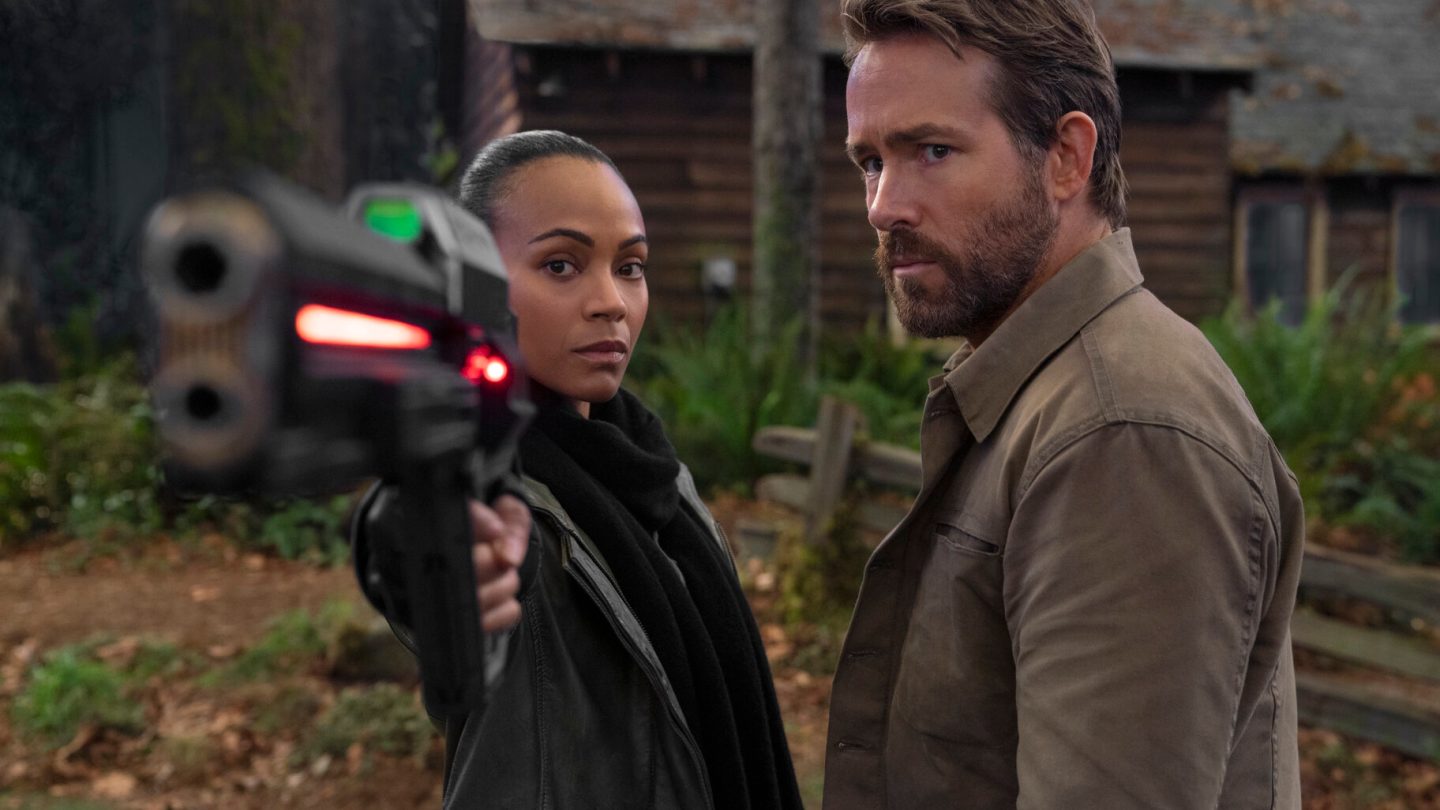 Netflix’s latest weekly data dump about what’s hot right now across the streaming platform globally should make Ryan Reynolds feel pretty good. Among all the movies on Netflix, for the 7-day period ending March 20, it was more likely that users were streaming his latest release The Adam Project than other Netflix original films out right now.

In fact, you could even go so far as to say that Reynolds’ new sci-fi, time-bending thriller is really the only example of Netflix’s original movie efforts that matters at the moment. Because a comparative fraction of Netflix users are streaming any of the streamer’s other films.

What happens in The Adam Project?

Here’s the basic plot of the movie, from Netflix. “A time-traveling pilot teams up with his younger self and his late father to come to terms with his past while saving the future.” Reynolds plays the older version of himself — “Big Adam.”

“Because more often than not, when we think back to our parents, there are stories we tell ourselves. Either they were perfect or they were the villain in my backstory. But generally, neither is true.”

Viewers have certainly responded reasonably well to the film. Over at Rotten Tomatoes, The Adam Project currently has a 77 percent audience score (based on more than 1,000 user ratings). The critics’ score is just a little lower, but not by much. The figure there is 68 percent, based on 187 reviews.

Perhaps the biggest metric of the film’s success on the platform, meanwhile, is how much time people have actually spent streaming The Adam Project. And on that front, the number is rather impressive.

The latest global Top 10 film data from Netflix is available below, including the hours spent streaming each title. As you can see, Netflix users spent more than 4 times as many hours collectively streaming this week’s #1 film (The Adam Project) than they did the #2 title.