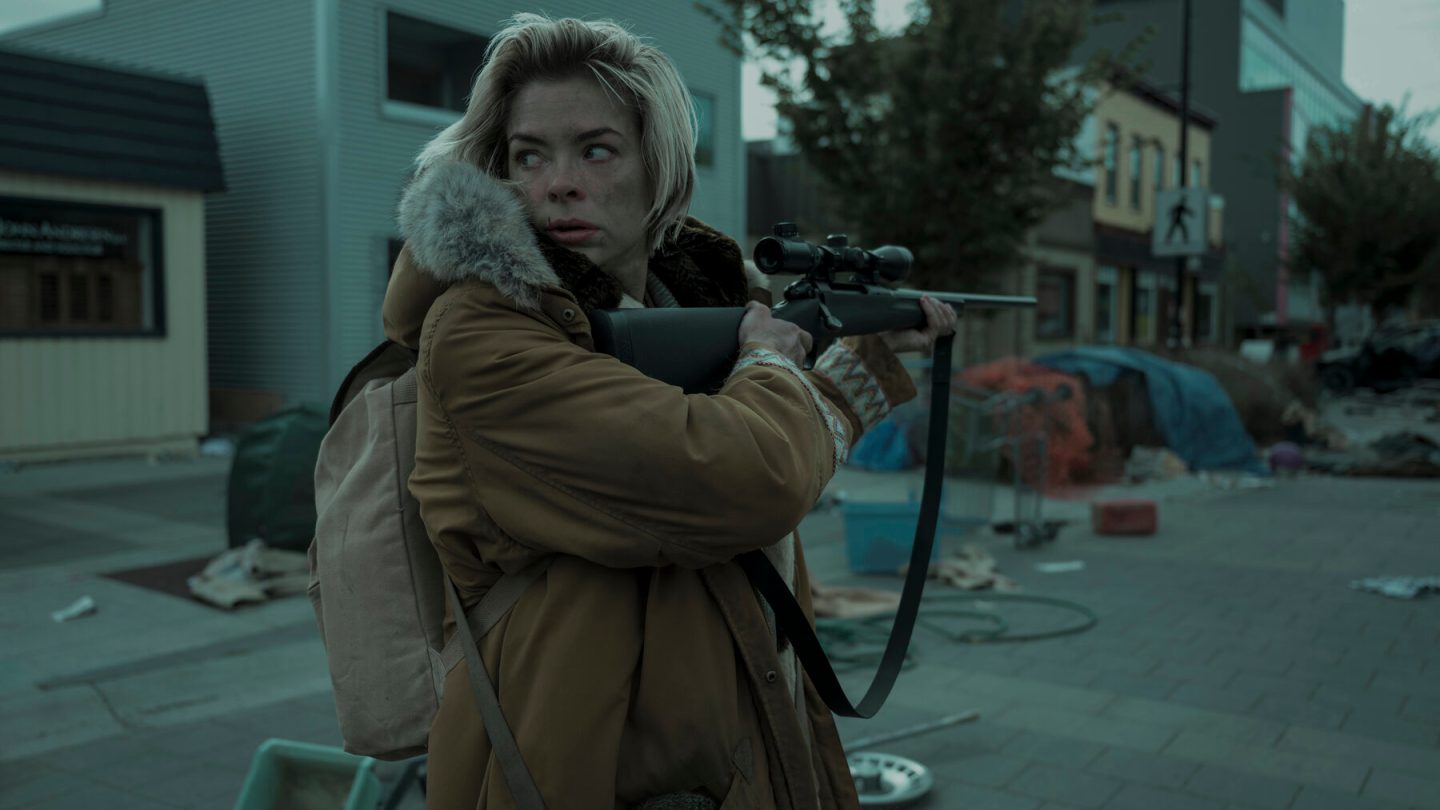 The gory, zombie-filled Netflix series Black Summer probably won’t displace horror fans’ affection for something like The Walking Dead anytime soon. But, especially if you love the genre, you might want to put this new drama starring Jaime King on your radar. Particularly if you’ve enjoyed other recent Netflix horror fare, like Zack Snyder’s Army of the Dead and Katla (the streamer’s first Icelandic original series).

In its never-ending quest to be all things to all people, Netflix is continuing to build out a sizeable stack of horror content. Just like it’s doing with everything from children’s animation to foreign drama series like The Crown and big-budget films like Mank and Da 5 Bloods. Among the Netflix original movies and series coming in July, for example, are the docu-series Heist and Gunpowder Milkshake — an action-packed, blood-soaked film about gun-toting female assassins. In the meantime, here’s what to know about Black Summer.

Netflix’s official synopsis for the show, which has eight episodes in both available seasons, is pretty basic. “Winter comes with cold-blooded new challenges during the zombie apocalypse,” the synopsis reads. “As frantic scavengers and violent militias battle the dead and desperate.”

Netflix released Black Summer Season Two in the US on June 17. As of the time of this writing, it has a reasonably good critics score on Rotten Tomatoes (78%). Audiences, however, haven’t exactly warmed to the show, based on the 58% audience score on the review aggregation website.

In the opening moments of the Season Two trailer, we can practically feel the chill in the air. We’re greeted by the sight of snow-capped mountains. And we hear the rushing wind and snow crunching underfoot. King’s character laments how she’s been completely changed by all this. A rifle crack is heard in the distance, while a zombie-fied human slithers into the frame.

We’ve got all the elements of a standard horror production here. Outnumbered, surrounded protagonists. Super-tense chases. Zombies picking off the group, one by one. And it’s not just the super-strong zombies that the humans need to worry about. Just as scary are the well-armed, show-no-mercy fellow survivors. With their uncompromising brutality, they stop at nothing to get what they want.

If it helps to know, the folks over at Decider have already put this show on their list of the 20 Best TV Shows of 2021 so far. Black Summer comes in at #15, between Netflix’s Ginny & Georgia and The Circle. Notes the site: “Tightly edited, deftly directed and told through non-linear, tense vignettes of terror, Black Summer Season 2 will leave audiences gasping for air.”

Here, meanwhile, are some reactions to the show from Twitter. Already, fans and viewers are reacting pretty strongly to the new season:

Netflix’s ‘Black Summer’ Season 2 Is What ‘The Last Of Us’ Show Should Be Like via @forbes https://t.co/wrzDpgK7Li

if you love zombies at their best and humans at their worst you need to be watching Black Summer Season 2. pic.twitter.com/O7OwMYVcAR