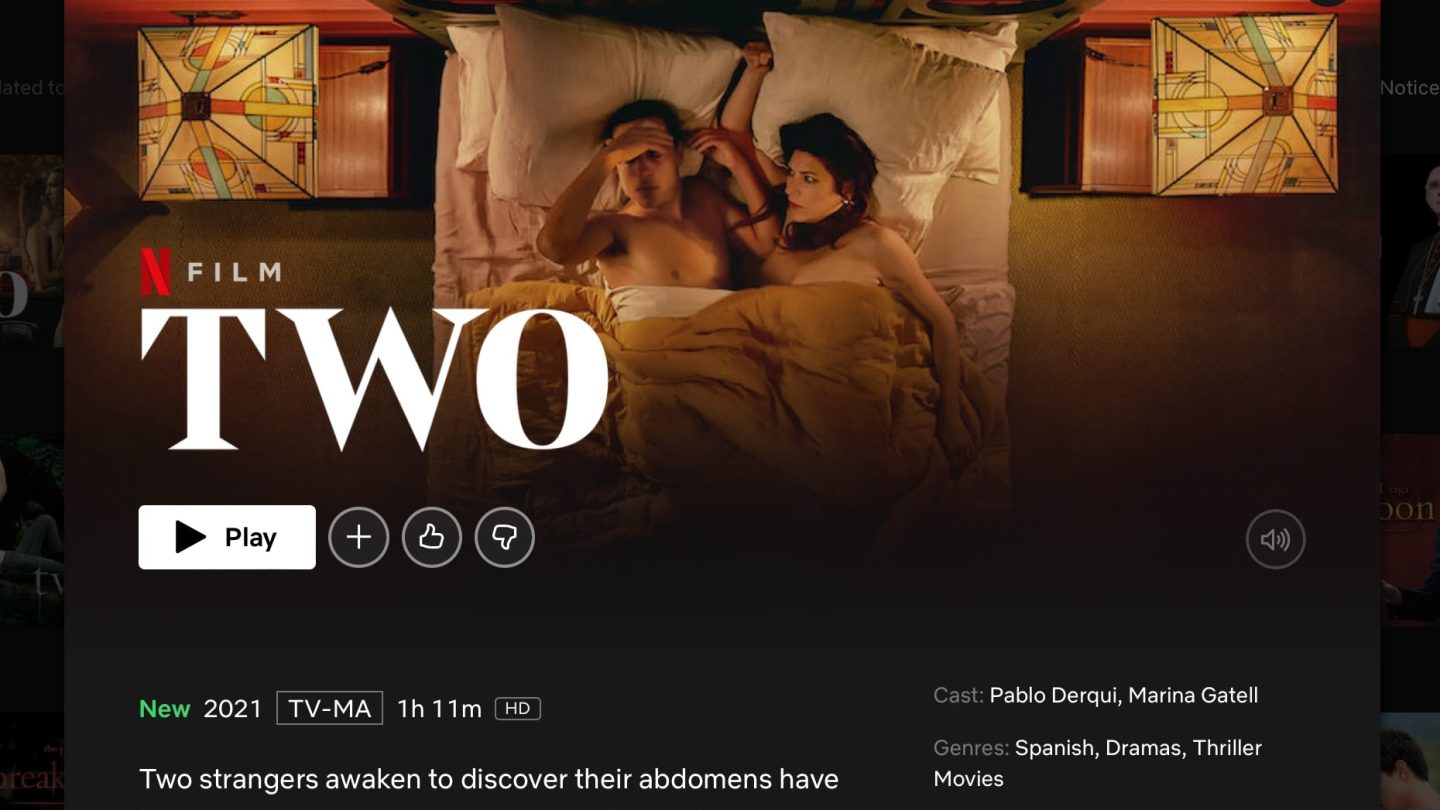 Okay, Netflix, I absolutely can’t with this one. The most bonkers, over-the-top horror movie of 2021 has finally arrived on the streamer. At the end of a year which, it must be said, Netflix gave us a ton of new horror TV series and movies to binge. But my verdict is in. The newly released Two Netflix film is the one with hands-down the most stomach-churning plot (at least for me).

For an example of where this kind of thing works much better, Blood Red Sky was another Netflix original horror release earlier this year from Germany that blew up on the streamer. The wild plot for that one reveals itself over time. Essentially, you’ve got a mother and son boarding a trans-Atlantic flight. We see her taking medicine, in a way that foreshadows something important to come. Hijackers eventually materialize on her flight. And in order to protect her son, the mother decides to release the Krakken — turning herself into a monstrous vampire, the very thing her medicine is supposed to keep in check.

Netflix’s summary of the bonkers story for Two, meanwhile, is as follows. “Two strangers awaken to discover their abdomens have been sewn together, and are further shocked when they learn who’s behind their horrifying ordeal.”

You all lost me at two people whose organs are latched together.

The runtime, thankfully, comes in at only 70 minutes. Two was directed by Mar Targarona, and the cast includes actors Pablo Derqui and Marina Gatell

Netflix has pumped out so much buzzy horror genre fare like this over the course of 2021. So much so, that it’s almost been hard to keep track of it all. This year, for example, the streamer also gave us everything from big, dumb, popcorn action-horror like Zack Snyder’s Army of the Dead to foreign-language titles like A Classic Horror Story from Italy. Netflix also came up with an original trilogy of movies itself (the Fear Street films), some cast members from which can be seen in the photo above.

Another buzzy international release, if you’ll forgive the pun, was the French-language horror title The Swarm. It had an especially blood-sucking premise, as you might suspect from the title.

The central character of The Swarm is Virginie, who lives on and runs a farm with her children. Virginie raises locusts, believe it or not, as a high-protein crop. But, as the Netflix synopsis explains, “Life is hard. Money worries and practical problems are piling up, (and) tensions with her kids and neighbors are running high. But everything changes when she discovers the locusts have a taste for blood.”