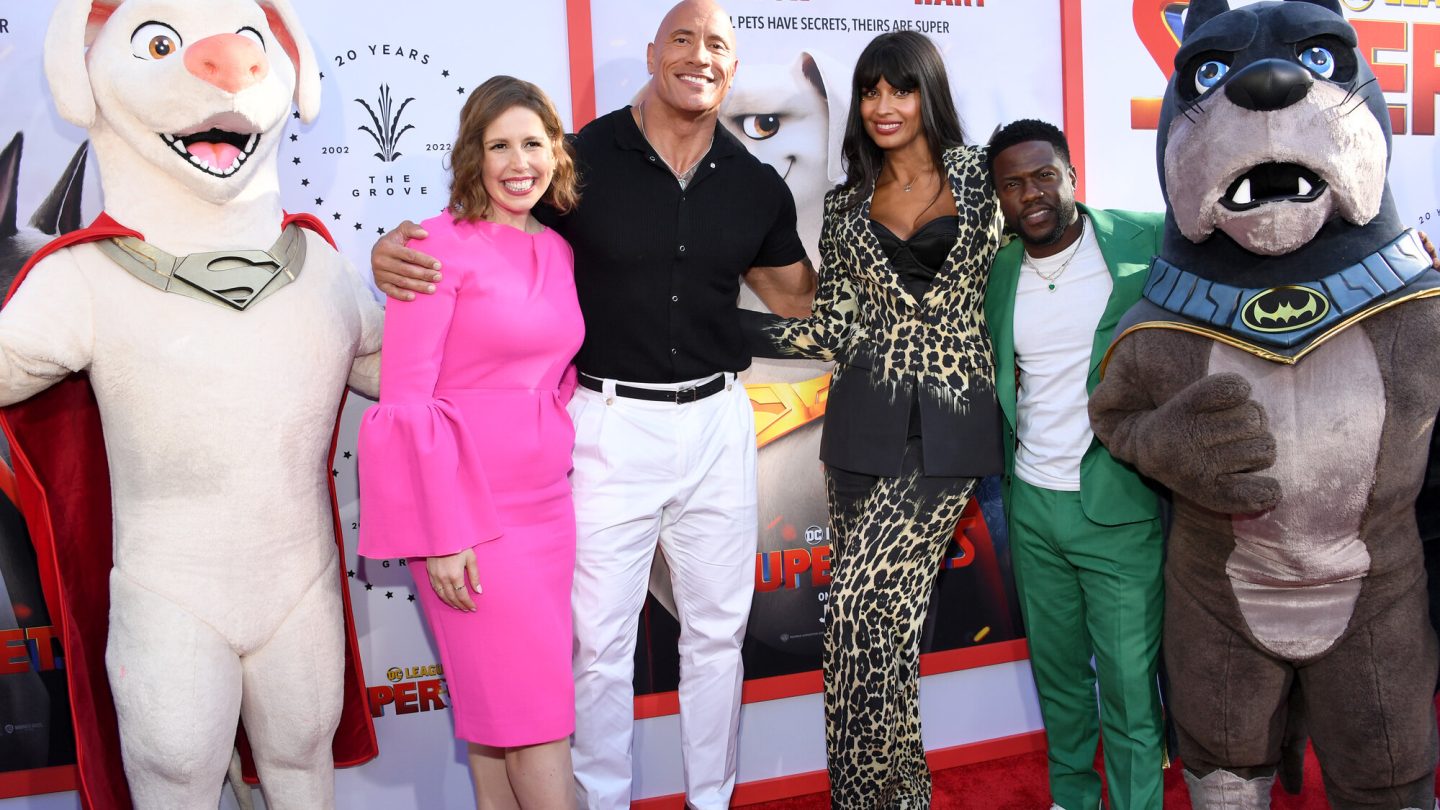 Whenever Dwayne “The Rock” Johnson is involved in a feature film, his constant comedic sidekick Kevin Hart is often close at hand — even when the pair is simply lending voicework to an animated movie. That’s the case with DC League of Super-Pets, which hit theaters this summer and is now streaming on HBO Max.

The film, directed by Jared Stern with a company called Animal Logic providing the CGI, was, by and large, a success. With a $90 million budget, DC League of Super-Pets grossed more than $185 million globally as of the time of this writing. It was also well-received by critics and audiences. And, in addition to Hart and The Rock, stars providing voicework also include Vanessa Bayer, Kate McKinnon, and John Krasinski.

“DC League of Super-Pets is a wildly funny animated movie that follows a group of shelter pets, led by Krypto the Super-Dog (Dwayne Johnson) and Ace (Kevin Hart), who become unlikely superheroes,” reads the HBO Max summary of the film, for which you can also check out a trailer below.

Warner Bros. released the film into theaters in the US on July 29. As far as the basic plot, Superman has a pet dog named Krypto (voiced by The Rock) who works with a shelter dog named Ace (Kevin Hart) to save captured superheroes. Adventure, and danger, predictably ensue.

We noted above, meanwhile, that the film had garnered solid ratings from critics and viewers. On Rotten Tomatoes, DC League of Super-Pets currently enjoys a 73% critics’ score, based on 141 reviews. On the audience side, the score there is even better — 88%, based on more than 2,500 verified user ratings.

If this one isn’t up your alley, though, or if you’re looking for more ideas for what to watch on HBO Max, check out our comprehensive guide below covering the titles that debut in October. We’ve also spotlighted some standout HBO Max programming in recent posts, such as the Game of Thrones prequel House of the Dragon, as well as the 5-season mafia saga Gomorrah.

More HBO Max coverage: Want to know what’s streaming on HBO Max now? Be sure to check out the list of new releases on HBO Max for October.