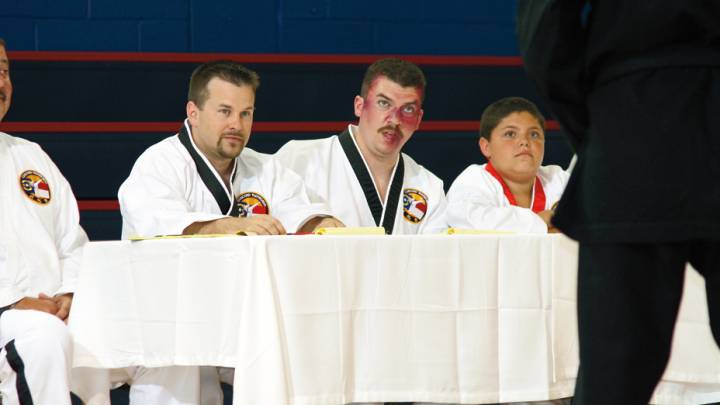 Late last year, we pointed our readers in the direction of The Paramount Vault, a YouTube channel where Paramount Pictures uploads full-length films from decades past. Admittedly, most of the movies aren’t going to make you consider canceling your Netflix subscription, but there was one very interesting addition this week.

DON’T MISS: What the FBI found on the San Bernardino iPhone

Long before he was terrorizing his family in Eastbound & Down or running from a hail of bullets with Jack Black and Robert Downey Jr. in Tropic Thunder, Danny McBride starred in a ridiculous low-budget movie about a black belt Taekwondo instructor from North Carolina called The Foot Fist Way.

Based on the movie’s 54% rating on Rotten Tomatoes, you might want to temper your expectations if you’ve never seen it before, but if you’re a fan of the Adam McKay/Will Ferrell brand of humor and want to see what McBride was up to long before he became a hot commodity in the industry, it’s worth a watch.

Here’s the film’s synopsis from the Paramount Vault Youtube description:

“Danny McBride (Pineapple Express & Tropic Thunder) stars in his breakout comedic performance as Fred Simmons, an inept, egotistical, outrageous Tae Kwon Do Master who rules his mini-mall dojo with an iron fist. Fred thinks he’s the ultimate sensei, but suffers a ferocious karate chop to the ego when he finds out his wife’s been having an affair. To regain his fleeting honor, he embarks on a rip-roaring journey to meet his idol martial arts celebrity Chuck “The Truck” Wallace — a debauched karate master and total jerk. Between the dojo throw-downs, hand-to-face combat, and serious board-breaking, you’ll never recover from the comedic fury of The Foot Fist Way.”