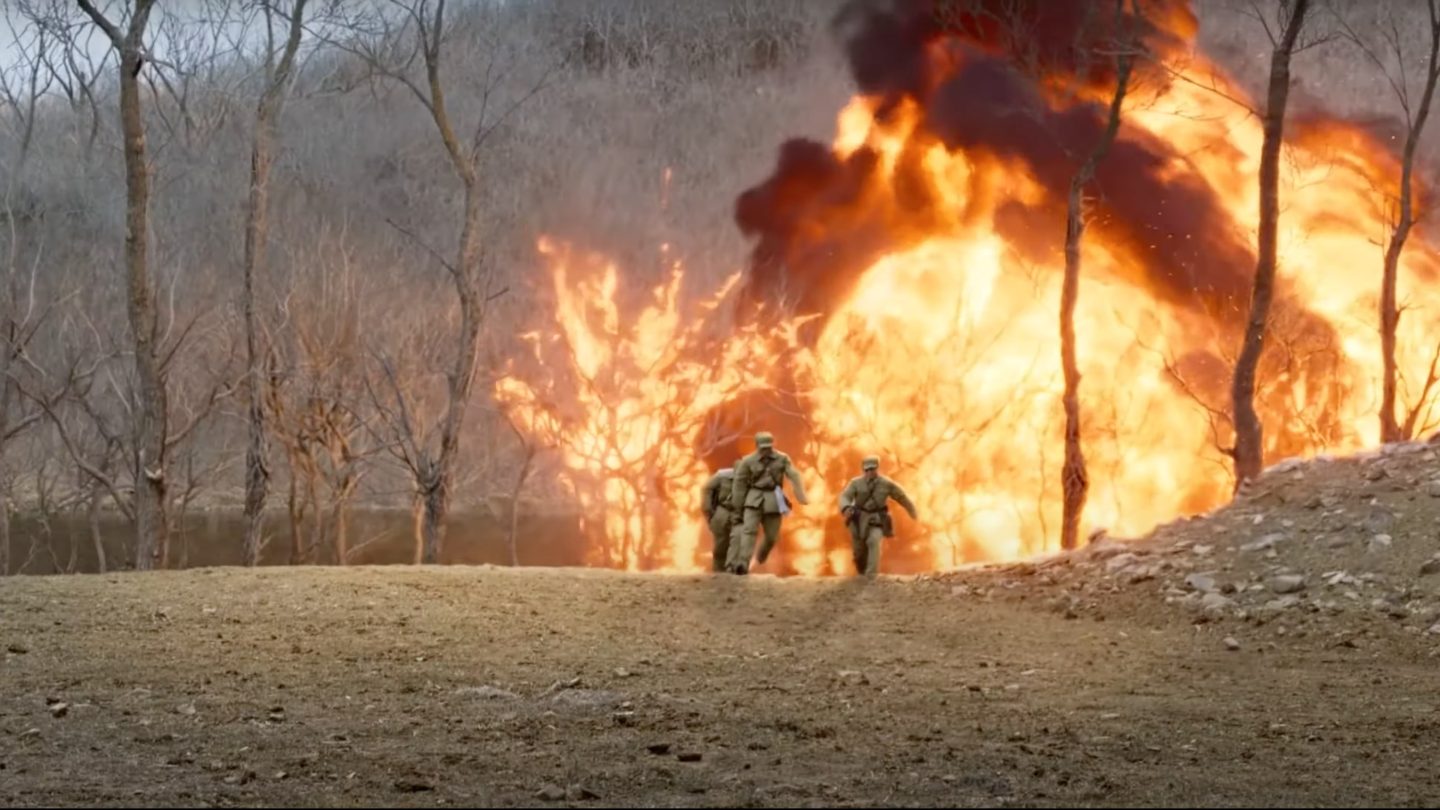 Pop quiz: What’s the #1 movie in the world right now? If you guessed anything except a propaganda film from China that glorifies the country’s fight against American troops during the Korean War — sorry, no gold star for you. The movie we’re referring to is The Battle at Lake Changjin, which mere days after its release had already broken a string of Chinese film records.

Its release coincides with the 100th anniversary of the founding of China’s Communist Party. And through Monday, according to CNN, the movie had grossed the US equivalent of $287 million. In addition to its status as China’s most expensive movie ever, it also edged past the new Bond film No Time to Die to dominate the weekend’s global box office. Not bad for a film most American audiences probably have never heard of, eh?

The Battle at Lake Changjin — dominating the global box office

You can check out a trailer for the film at the bottom of this post. In terms of what it’s about, The Battle at Lake Changjin tells the story of a brutal conflict American audiences will know as the Battle of Chosin Reservoir, during the Korean War.

"Beijing has ordered China's cinemas to use the box office this year to spread propaganda celebrating the anniversary of the Communist Party." https://t.co/Le6NoGmlGE And, according to Mingpao, cadres across the country have been organized to watch the epic.

In addition to posting huge numbers, there’s another interesting thing about this movie, as noted above. In a way, it represents yet another skirmish of sorts between China and the West.

As pointed out in various news accounts, China’s powerful central propaganda department and top movie regulator commissioned The Battle at Lake Changjin (h/t CNN). “As a barometer of Chinese politics and culture,” notes The New York Times, “it feels very much a movie of the moment. Aggrieved, defiant and jingoistic, a lavishly choreographed call to arms at a time of global crisis and increasingly tense relations with the world, especially the United States.”

The villains? You guessed it, American soldiers and their commanders. While the heroes “are the Chinese ‘volunteers’ hurled against what was then viewed as the world’s most invincible army.”

The movie’s success also calls to mind other runaway film hits from China, like last year’s The Eight Hundred. According to Boxofficepro.com, it became the first title outside the Hollywood system to top the annual global box office.

I watched it by purchasing it from Video. And I can attest that it’s definitely a highly polished, big-budget war epic. Of a sort that hasn’t been made here in a while. The plot, according to Rotten Tomatoes, focuses on a group of Chinese soldiers and draft dodgers in 1937. They put up a desperate, bloody “four-day defense of a Shanghai warehouse complex just as Japanese forces are overwhelming China.”

For a movie similar in scope as well as story, also check out The Wandering Earth on Netflix. Back in 2019, it managed to outperform Avengers: Infinity War, and then Netflix scooped it up. The Wandering Earth is based on work by novelist Liu Cixin, with a story that’s built around Chinese astronauts trying to keep the earth from being destroyed by the sun.