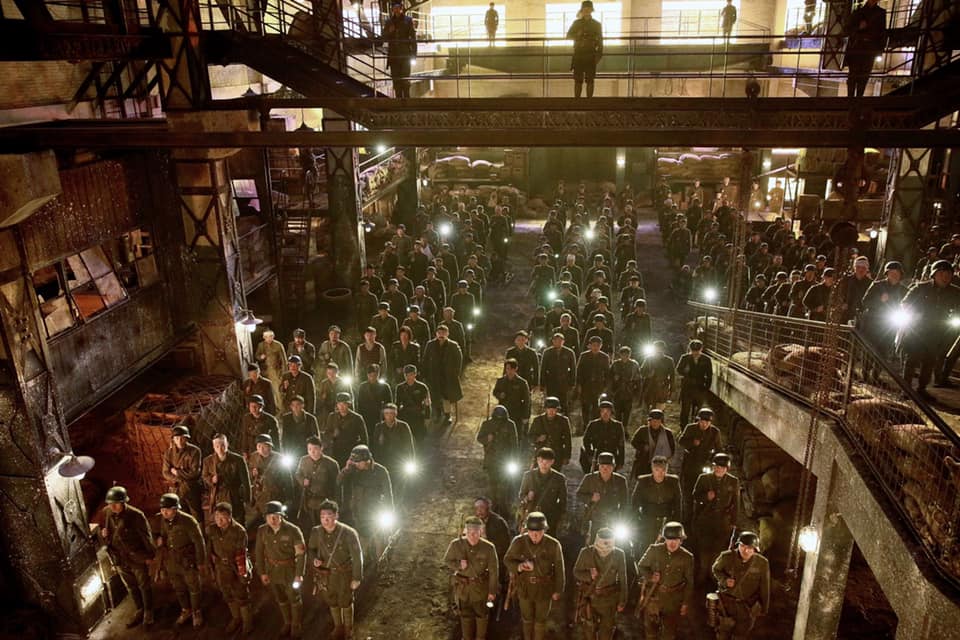 Chinese filmmakers are doing it again.

Early last year, a surprise sci-fi blockbuster out of China exploded onto the global box office, with that movie (Wandering Earth) eventually performing so strongly that it put the film on par with some of the biggest big screen titles to emerge from the US in recent years, like Black Panther and Avengers: Endgame. No surprise, Netflix snapped up the movie, which tells the story of people trying to save earth from being destroyed by the sun, and which easily set records as one of the highest-grossing films in China ever. And now, more than a year after Wandering Earth become one of the biggest films in the world, a new epic out of China has similarly dominated the global box office. Its name? The Eight Hundred, a war movie depicting a fight between Chinese and Japanese soldiers set in the late 1930s that has become the biggest movie of 2020.

As of earlier this week, The Eight Hundred edged past Sony’s Bad Boys for Life to become the top-earning movie of the year. You can check out the trailer below:

The movie, produced by Huayi Brothers Media and Beijing Diqi Yinxiang Entertainment, currently has an 83% critics score on Rotten Tomatoes as well as a 79% audience score. The plot, according to the movie review aggregation site, involves a group of Chinese soldiers and draft dodgers in 1937 who put up “a four-day defense of a Shanghai warehouse complex just as Japanese forces are overwhelming China.”

Coverage from The Hollywood Reporter notes that the film’s success thus far is an especially sweet victory for director Guan Hu, who took a big risk getting a major project of this size released into cinemas as “China’s first tentpole” post-coronavirus there. Indeed, “the film has been credited with single-handedly hailing the return of the world’s second-biggest box office, where theaters are now operating at a healthy 75% of total seating capacity.”

China’s ambitions at producing theatrical fare which enjoys global success even outside its home country mirrors the country’s push to be seen as an even stronger and more dominant superpower than the US on the world stage in general. Films like The Eight Hundred as well as last year’s Wandering Earth tell stories that the country’s central government no doubt loves — stories that showcase Chinese citizens as saving the country and even the world with their individual efforts and sacrifices.