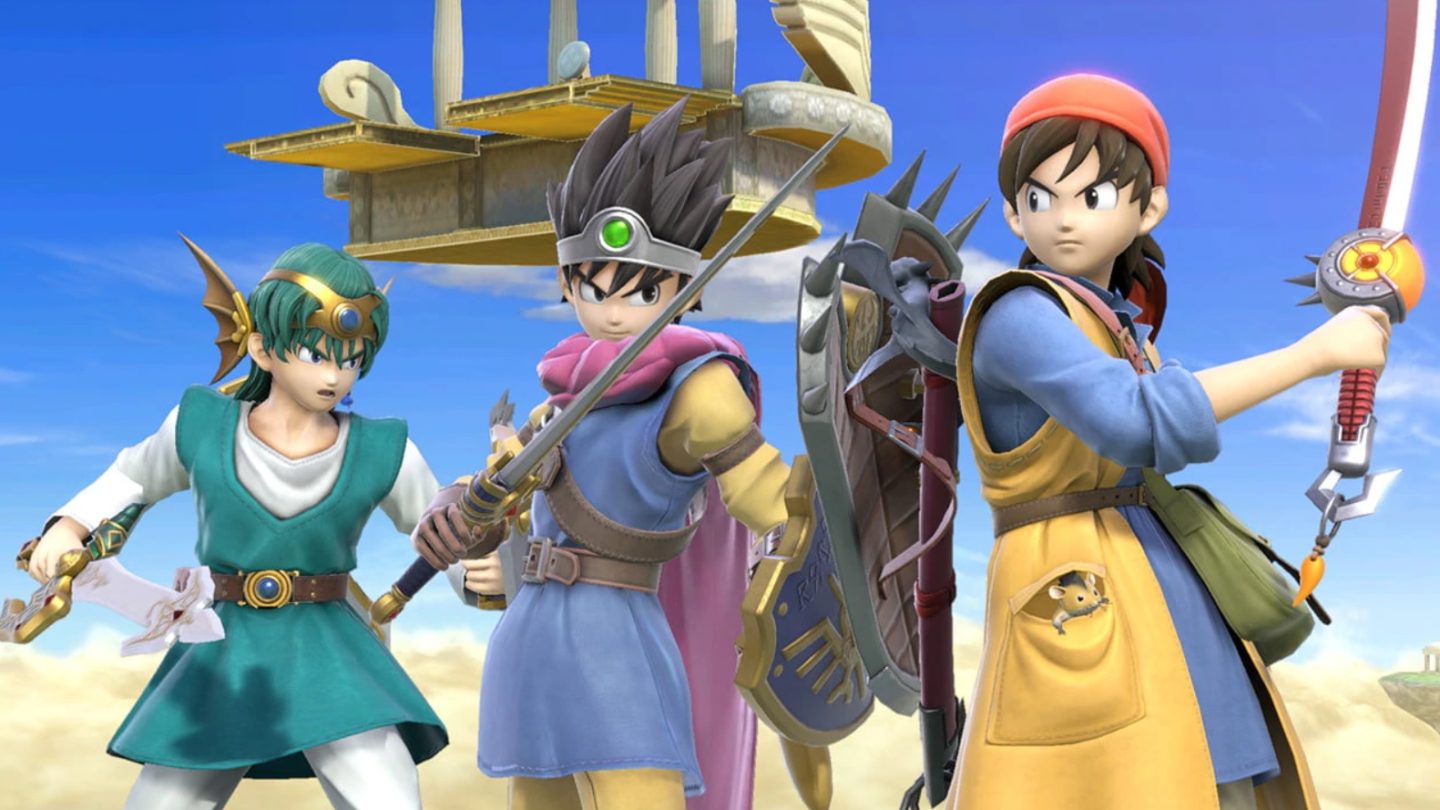 Nearly two months after Nintendo unveiled the second and third paid DLC fighters for Super Smash Bros. Ultimate at E3 2019, one is ready to join the fight. On Tuesday, Nintendo announced that the Hero from the Dragon Quest series would be added to the roster before the end of the day. In addition to wielding a sword and shield, the Dragon Quest protagonist can also cast spells to turn the tide in battle.

Hero is also unique in that rather than simply changing outfits or color schemes, you can choose to play as four of the main characters from throughout Dragon Quest franchise history: Dragon Quest III, Dragon Quest IV, Dragon Quest VIII, and the newly-released Dragon Quest XI, which just arrived on Switch.

Hero is the second of five paid DLC fighters that the development team plans to add to the game. The first was Joker from Persona 5, and the next will be Rare’s lovable Banjo-Kazooie. Nintendo has yet to share a specific release date for Banjo-Kazooie, but the highly-anticipated fighter is set to launch sometime this fall.

In addition to the new fighter, Nintendo will also roll out update version 4.0.0 for Super Smash Bros. Ultimate. This software update adds a new Dragon Quest-themed stage called Yggdrasil’s Altar and new Mii Fighter costumes, but you will need to purchase either the Fighters Pass (which features all the paid DLC) or the Challenger Pack 2 (just the Dragon Quest content) to gain access to these additions.

Even if you don’t buy any DLC, version 4.0.0 will get you new Online Tourney and Event Tourney modes, a Support feature (which will let you trade in points from predictions you make while spectating fights for in-game items), an upgraded Edit Video feature, and a Very Easy difficult in Adventure mode.