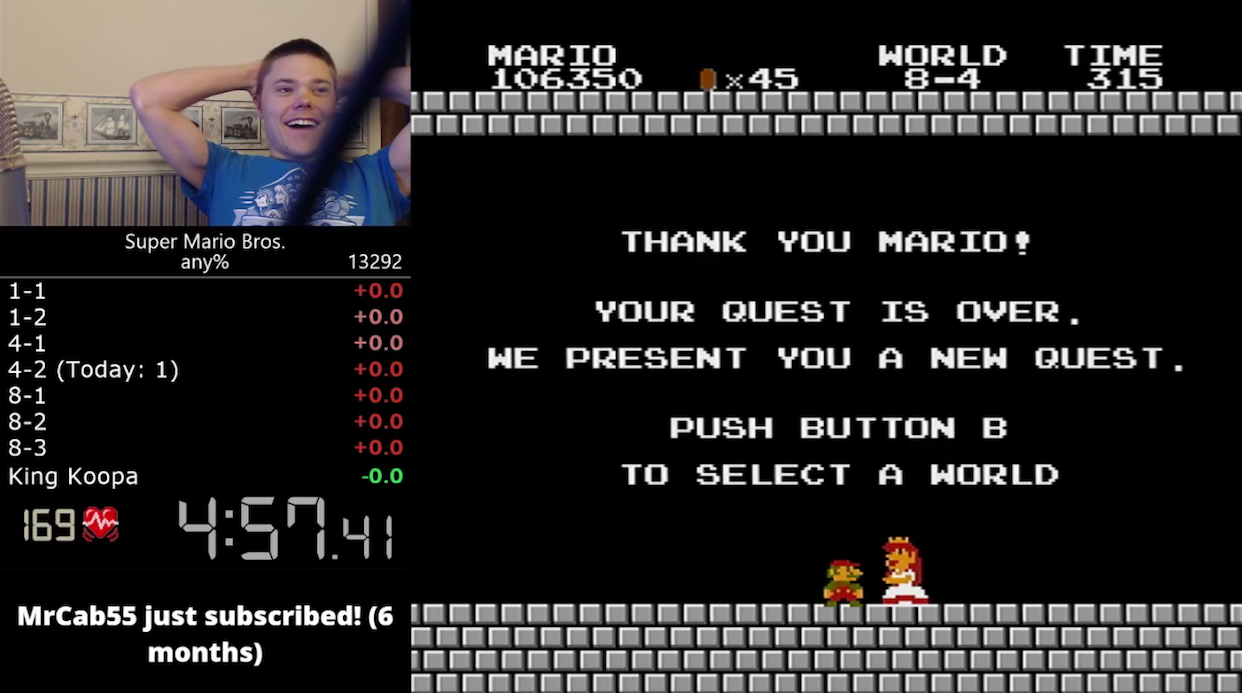 There’s a reasonable chance that no one will ever beat the new world record run of Super Mario Bros. This week, a speedrunner who goes by the name Darbian managed to finish an “any percent” run of the NES classic in 4:57.260.

That’s 4 minutes, 57 seconds and 260 milliseconds. The previous record, also set by Darbian, was 4:57.427. Yes, we’re talking about a difference of less than two-tenths of a second, but once you see the video, you’ll understand why it’s still such a huge deal that he could beat the old record at all:

If it wasn’t clear from the video, there are few, if any, improvements that Darbian could make to this run. Every jump, every enemy killed, every pipe warp — they are all done with nearly robotic precision from the player.

And I say “robotic precision” for a reason. Kotaku dug up the “tool-assisted speedrun” (TAS) video for Super Mario Bros., in which players can go through and adjust the input frame by frame in order to achieve a perfect run. In other words, there are things that can be done in a TAS that can’t be done by a human player, and yet the TAS run is still only marginally faster than Darbian’s:

“I have reached my potential in this category – I’m done! My quest is over,” Darbian writes below in the description for the video on his YouTube channel.