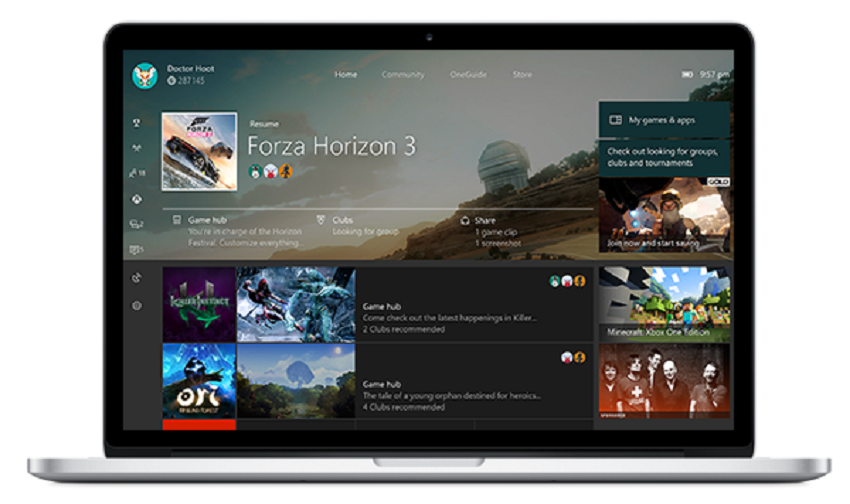 One of the benefits of owning both a Windows 10 computer and an Xbox One is the seamless interaction between the two devices. You can stream Xbox One games on a Windows 10 computer through the Xbox app – no extra software required. Unfortunately, the same wasn’t true for Mac users, who (up until now) were forced to resort to installing a program like Parallels or a separate Windows partition. But with OneCast, those days might be over.

This week, 9to5Mac pointed us in the direction of a new app called OneCast that claims to allow Mac users to stream Xbox One games on their home network with “extremely low lag.” Providing it works as well as the developers claim it works, this app could be the ultimate solution for Mac users with Xbox One consoles.

On the OneCast website, the developers say that the app supports Full HD 1080p streaming, lets users connect their Xbox One controllers via Bluetooth or USB and supports multiple Xbox Live profiles. Setup is easy, you can play in full screen or windowed mode and, with a bit of configuration, you can even play online away from home.

Best of all, you don’t have to pay a cent to test it. OneCast offers a 14-day free trial on its website, so you can make sure that it works on your Mac before you commit to purchasing it. If you like the demo, you can purchase a key from the site for $9.99 for a limited time (normally $20). The deal lasts until April 1st, 2018.