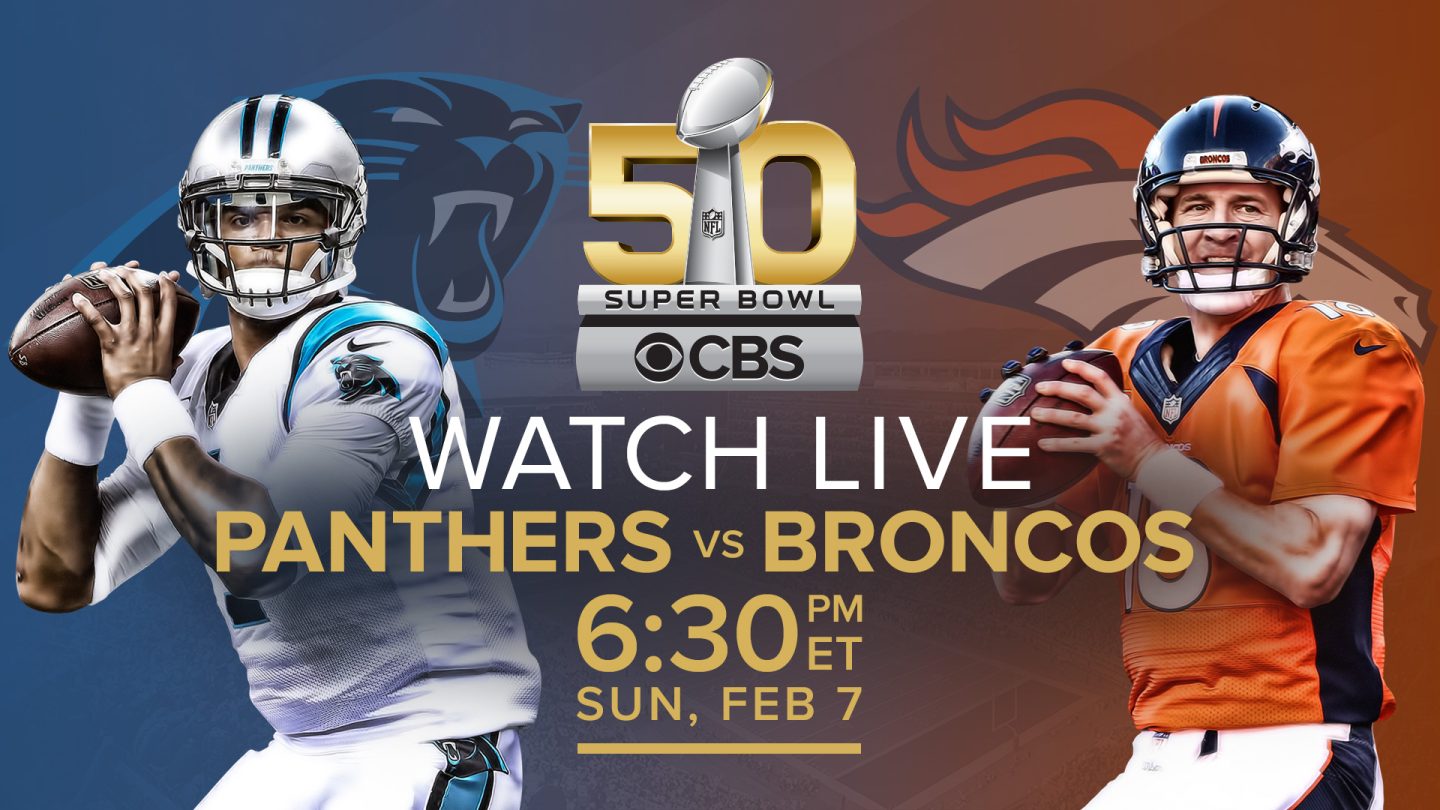 Tens of millions of Americans will be tuning in to CBS to watch Super Bowl 50 this weekend, a highly anticipated matchup between Cam Newton’s Carolina Panthers and Peyton Manning’s Denver Broncos.

But in 2016, not everyone watching the Super Bowl is going to have cable. Once again, the biggest game of the year will be streaming on all of your devices — here’s how to watch it on your phone, tablet or computer this Sunday.

DON’T MISS: 3 of the world’s most popular Apple bloggers all say Apple has a serious problem

If your chosen device for streaming the Super Bowl happens to be a computer, all you need to do is point your browser in the direction of CBSSports.com. CBS will be hosting pregame coverage as early as 11 a.m. ET, but the first true pregame show begins at 2 p.m. ET with The Super Bowl Today. It’s unclear how much of this will be available on the stream, but kickoff is at 6:30 p.m. ET.

If you’d rather see the game on the big screen, all you need is a device with the CBS Sports app. These are a few of the devices that CBS lists on its website: Xbox One, , Android TV, Roku and Amazon Fire TV.

A smartphone might not be the ideal way to take in a football game, but eligible Verizon Wireless customers will be able to stream the game on their phones via the NFL Mobile app as well.

If streaming isn’t your thing, you can always go the digital antenna route and find CBS over-the-air on your TV. You’re going to want to make sure this works ahead of time, but it eliminates the need for potentially unreliable streams.