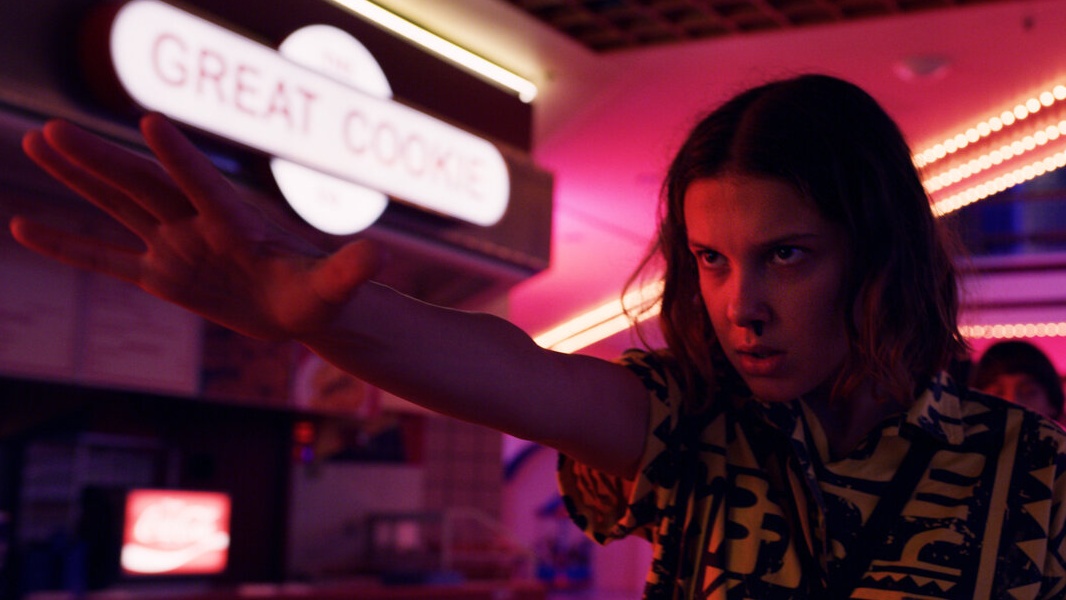 Barely a month after teasing us with the first official Stranger Things Season 4 footage, which finally gave us another bit of video from the upcoming season following the Russia teaser last February that confirmed Jim Hopper was still alive, now set photos have emerged with filming having resumed in Georgia. And, oh man, it sure looks like one of our favorite characters might be in trouble.

This may or may not include potential spoilers, so proceed with caution — but, basically, new photos from the Stranger Things Season 4 set have started to be disseminated around the internet (h/t Digital Spy), and one of them looks quite concerning for Eleven. We were already prepared, of course, for an intense season once the show returned, but it looks like one of the things we’re also in store for — based on one of the photos, as you can see below — is Millie Bobby Brown, who plays the fan-favorite character Eleven, being wheeled away on a stretcher by EMTs into an ambulance.

Now, granted, that doesn’t necessarily portend a future plot point hinting at mortal danger for the character. It could also, of course, be something from the character’s past. Nevertheless, news accounts of this scene being filmed point to what sounds like a full-on disaster — Hawkins Police officers and firefighters “attempting to control the situation,” and Eleven herself being pulled out of an “exploding building.”

Also, unless my eyes are deceiving me, doesn’t the EMT on the right in the photo below look like Matthew Modine?

Regarding Modine, as we noted in our post last month when Netflix released the new teaser for the series, it was already clear that his character Martin Brenner seemed to be not only alive and well but back at Hawkins Laboratory, where experiments on young children continue. Also, the fact that we didn’t get a good look at Eleven in that previous teaser, which we’ve included again below, could suggest that her being in the same facility as other supernatural children is part of an origin story about her character to help us fill in the blanks of her past:

Meanwhile, while everyone ponders what the new images portend, and the Internet has certainly been doing a fair amount of that as the week drew to a close, here’s something else interesting to think about — something that Stranger Things producer Shawn Levy told Collider late last year:

“I’ll just say the pandemic definitely massively delayed shooting and therefore the launch of our current Season Four, date still TBD. But it impacted very positively by allowing the Duffer brothers, for the first time ever, to write the entire season before we shoot it and to have time to rewrite in a way that they rarely had before so the quality of these screenplays are exceptional, maybe better than ever.”

Finally, to close the circle on some of the new details that we know thus far, the official Stranger Things Twitter account just last week also gave us some tantalizing details about new characters who will be showing up this season. They include:

all aboard! the Duffer Brothers are here with special news that they want to personally share with you. @stranger_things #GeekedWeek pic.twitter.com/TVheNMqgUl