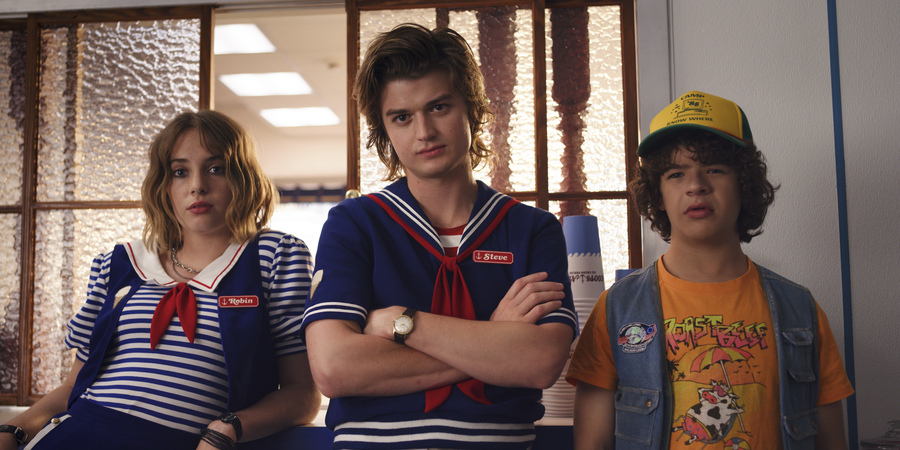 It should come as no surprise to anyone who got caught up in the Stranger Things 3 excitement when the new season was released on Netflix on July 4, but interest in the supernatural series about a group of young friends in 1980s Indiana got especially stoked this time around, thanks to a heavy marketing and cross-promotional campaign, such that the series has broken a major record.

According to Netflix, the newest season of Stranger Things has already been viewed more times in its first four days of release than any other movie or TV show on Netflix.

Almost 41 million households as of Monday had watched the third season since its release, Netflix declared. And more than 18 million had already finished the eight episodes of Season 3 by Monday.

40.7 million household accounts have been watching the show since its July 4 global launch — more than any other film or series in its first four days. And 18.2 million have already finished the entire season.

It’s almost a Game of Thrones-style success for the new season since the insanely hyped series finale of HBO’s GoT reached 19 million viewers in the US, according to the cable network. That’s a bit of an apples to oranges comparison, sure, but it does help put Netflix’s popular series in a bit of context. And here’s something else: Using Netflix’s 154 million subscriber count from the second quarter, Raymond James analyst Justin Patterson told CNBC Tuesday that the show’s record audience numbers imply Season 3 reaching almost 30% of Netflix’s global paid subscriber base.

The friends at the center of Stranger Things are going through the usual growing pains as the new season begins. A new mall has arrived in Hawkins, Indiana, romance is in the air, danger looms yet again and they have to figure out how they’ll fight it while also learning what it means to grow up — and potentially grow apart.

Interest in the series, it should go without saying, shows no sign of slowing down. A mobile game is coming next year, and Netflix has also gotten more creative than ever in raising the profile of the show. Season 3 has resulted in a number of promotional tie-ups and brand-sharing involving everything from Nike to Coke. On Monday, Netflix and Microsoft even teamed up to “bring back” Windows 1, the operating system released the same year (1985) in which Stranger Things is set.

Among those millions of viewers who happily tore through the new season was the CEO of a Netflix competitor. Even Amazon’s chief executive himself is apparently a fan of Stranger Things 3: