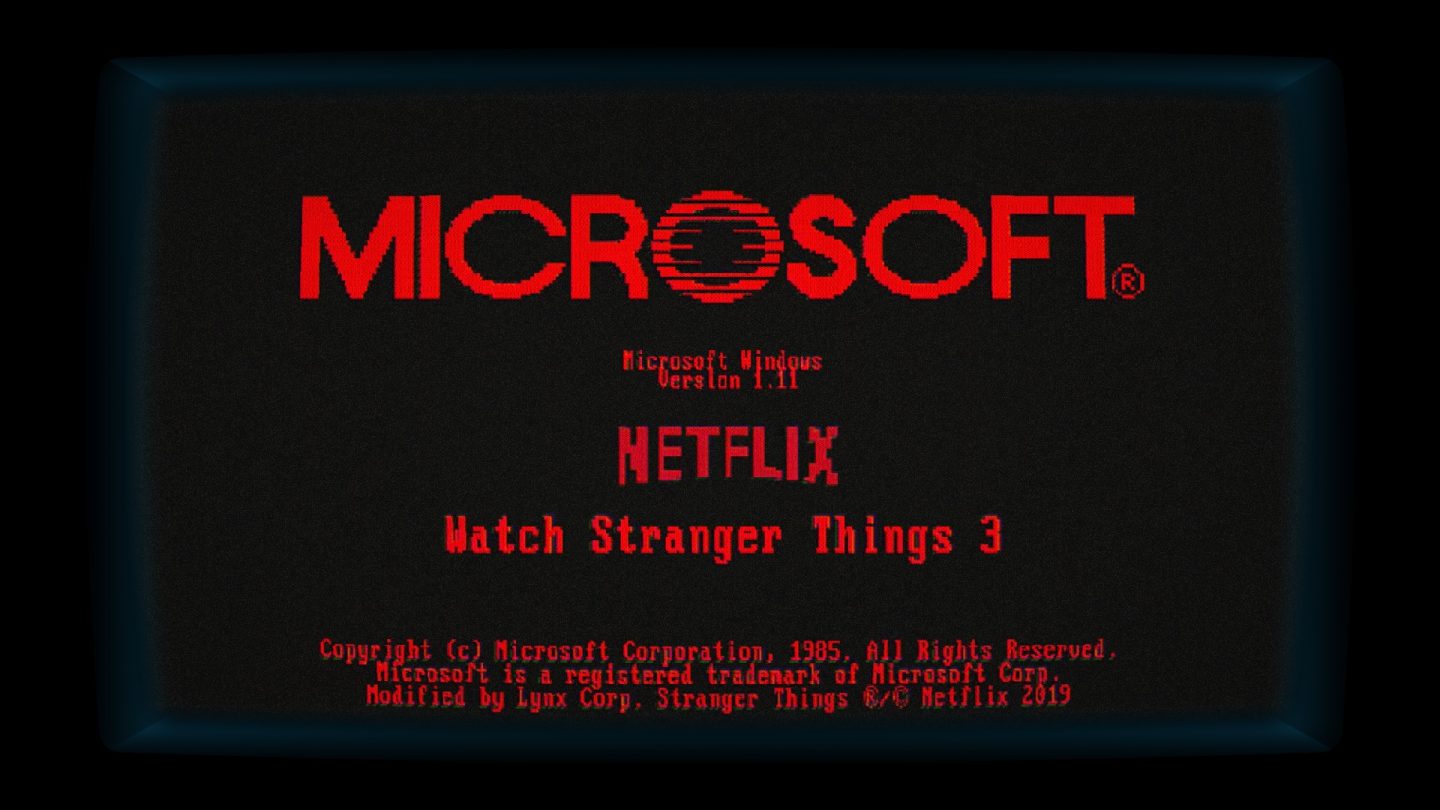 Whether you binge-watched Stranger Things 3 the day it dropped on Netflix, or you’ve decided to savor it at a slower pace, you need to check out Microsoft’s clever collaboration with the streaming service to bring the world of the show to your Windows 10 PC. In case you weren’t aware, the third season of Stranger Things takes place in 1985, which just so happens to be the same year that Microsoft released Windows 1.0.

The technology giant began teasing a crossover promotion of some nature last week, and then on Monday released a free app that tasks you with helping to save Hawkins, Indiana (and the world) by delving into computer files on what is fashioned to look like a computer screen you might have seen in the mid-80s.

This is Microsoft’s full description of the app, which includes games, puzzles, photos, and videos relevant to the show, including some content you might not actually see while watching the eight episodes of season 3:

Experience 1985 nostalgia with a special edition Windows 10 PC app inspired by Windows 1.0—but one that’s been taken over by the Upside Down from Stranger Things.

Explore the mysteries and secrets plaguing Hawkins, unlock unique show content and easter eggs, and play retro games and puzzles—all building off Stranger Things 3. Join Eleven, Steve, Dustin and gang as they seek to save Hawkins and the world. Embrace the 80s and grab your hairspray, because it’s basically the raddest show companion experience ever. But fair warning: beware the Mind Flayer.

There do appear to be at least a few clips from somewhat deep into the show buried within the app, including one that I had not seen (I’m two episodes in). So, if you’re trying to avoid spoilers altogether, maybe wait until you’ve finished the series before you dive into the Windows 1.1 app, which requires 775.56 MB of space.