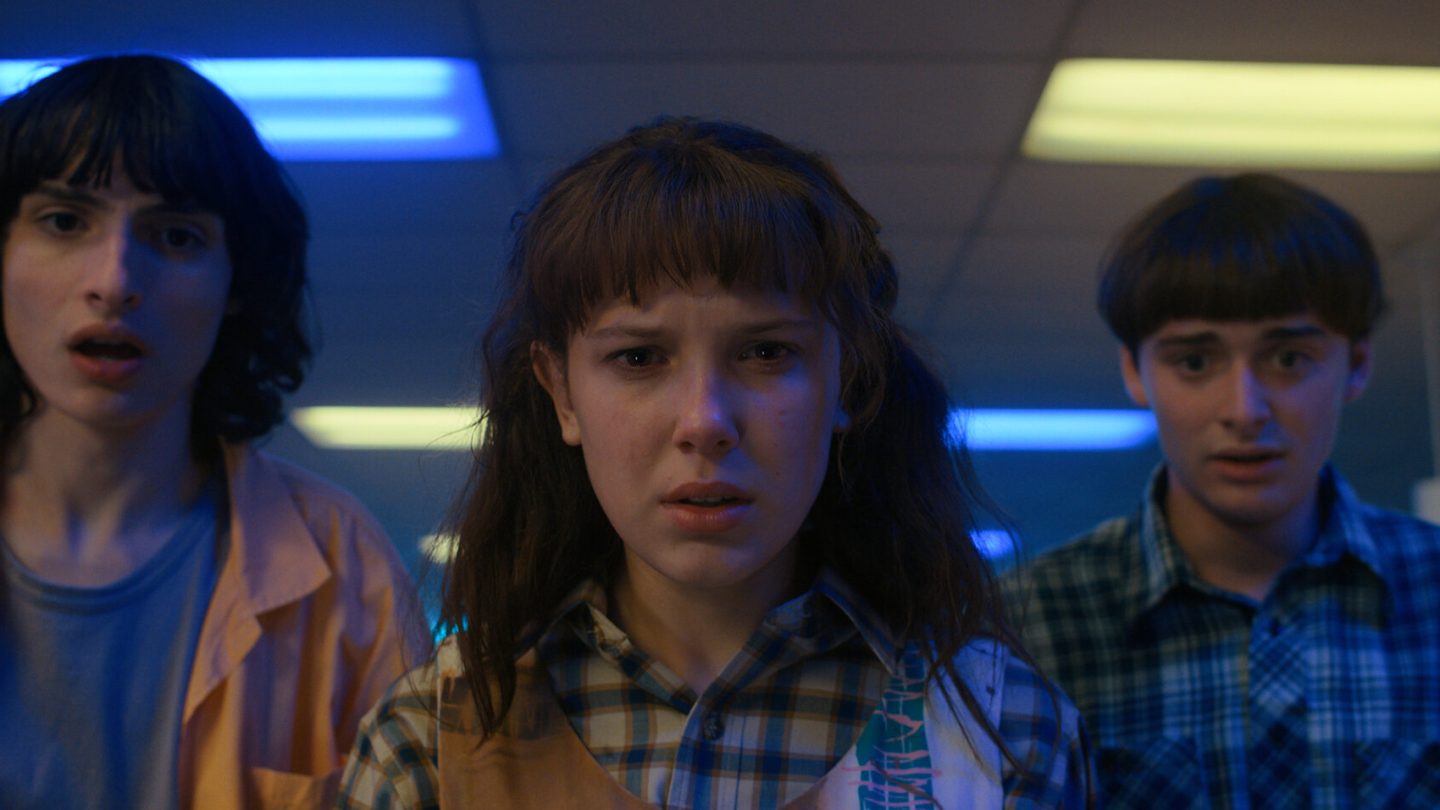 In the wake of the horrific school shooting this week in the Texas town of Uvalde, Netflix has made an important change to one of its defining original TV series just ahead of its Season 4 debut on Friday. When Netflix users in the US sit down to watch the streamer’s long-awaited new season of Stranger Things — which, among other things, promises a much gorier and horror-themed vibe than seasons past — they’ll notice two things.

A content warning card will now appear at the front of Episode 1, The Hellfire Club. A warning has also been added to the first episode’s official description. Both changes essentially cautioning viewers still traumatized by this week’s events that the episode contains an opening scene they might find “distressing.”

If you happened to watch the 8-minute preview of the new season’s opener that Netflix shared on social media — an official clip that Netflix also appears to have now pulled off of YouTube, by the way — you already know what all this is about. A young Eleven was shown in that footage at Hawkins National Laboratories. Specifically, she was shown in such a way that insinuated to viewers she’d just killed a bunch of kids at the laboratory. I won’t describe it in any more detail than that. But suffice it to say, it would have been a tough scene to watch even before the shooting in Uvalde.

Netflix’s content warning card in front of the Season 3 recap that runs before the first episode begins will reportedly read thus. “We filmed this season of Stranger Things a year ago. But given the recent tragic shooting at a school in Texas, viewers may find the opening scene of the show’s first episode distressing. We are deeply saddened by this unspeakable violence, and our hearts go out to every family mourning a loved one.”

Moreover, the episode description for the show will also now include the following verbiage: “Warning: Contains graphic violence involving children.”

Netflix, we should note, was not alone in taking an action like this in the wake of the Texas shooting. CBS, for example, chose not to air the season finale of the show FBI this week.

At the risk of sounding a little preachy, I know, it’s nevertheless hard not to wonder about something. If a terrible mass tragedy like the one in Texas leads creators and entertainment companies to postpone problematic content or to add warnings a la Stranger Things … is it not worthwhile to ask whether that content could have done without the violence in the first place?

Don’t misunderstand this to be a naive suggestion that all violent images or video automatically begets real-life violence. In Netflix’s case, though, what is the streamer really saying here? That, if there hadn’t been the murders of children in Texas, we’d all have been totally fine watching a bunch of kids’ lifeless, bloodied bodies in Stranger Things and not needed a content warning?

There’s also the fact that, every day, we can correctly assume there are people dealing with different and smaller-scale versions of what the Uvalde families are now going through. A murder, a death, or any other kind of horrible turn of events. Until this week, though, there wouldn’t have been a Netflix trigger warning added for them.

And that’s exactly my point. All I’m saying is, it feels like there’s a little intellectual inconsistency here. The content of, in this case, Stranger Things is disturbing enough that it now requires a warning post-Uvalde. Okay. But why would the content magically have not been disturbing pre-Uvalde?

There’s another important thing to note here. While CBS pulled what presumably was a violent episode of FBI, Netflix is keeping everything Stranger Things-related as-is. So, the “distressing” content is still there, just … well, you’ve now been “warned.”

In reality, adding a vague warning in front of this episode does almost no one any good. People then have to wonder — do I skip the episode entirely? Try to fast-forward ahead of the opening scene? What if the affected viewers accidentally see it?

Again, all of this tying yourself into knots as a creator. Why did the horrible imagery have to be in there to begin with? Netflix’s move here, if you ask me, is a case of symbolism over substance. No, violent images don’t automatically beget real-world violence. But, at the same time, how can anyone argue that getting people overly accustomed to horrific images and video is a consequence-free thing?