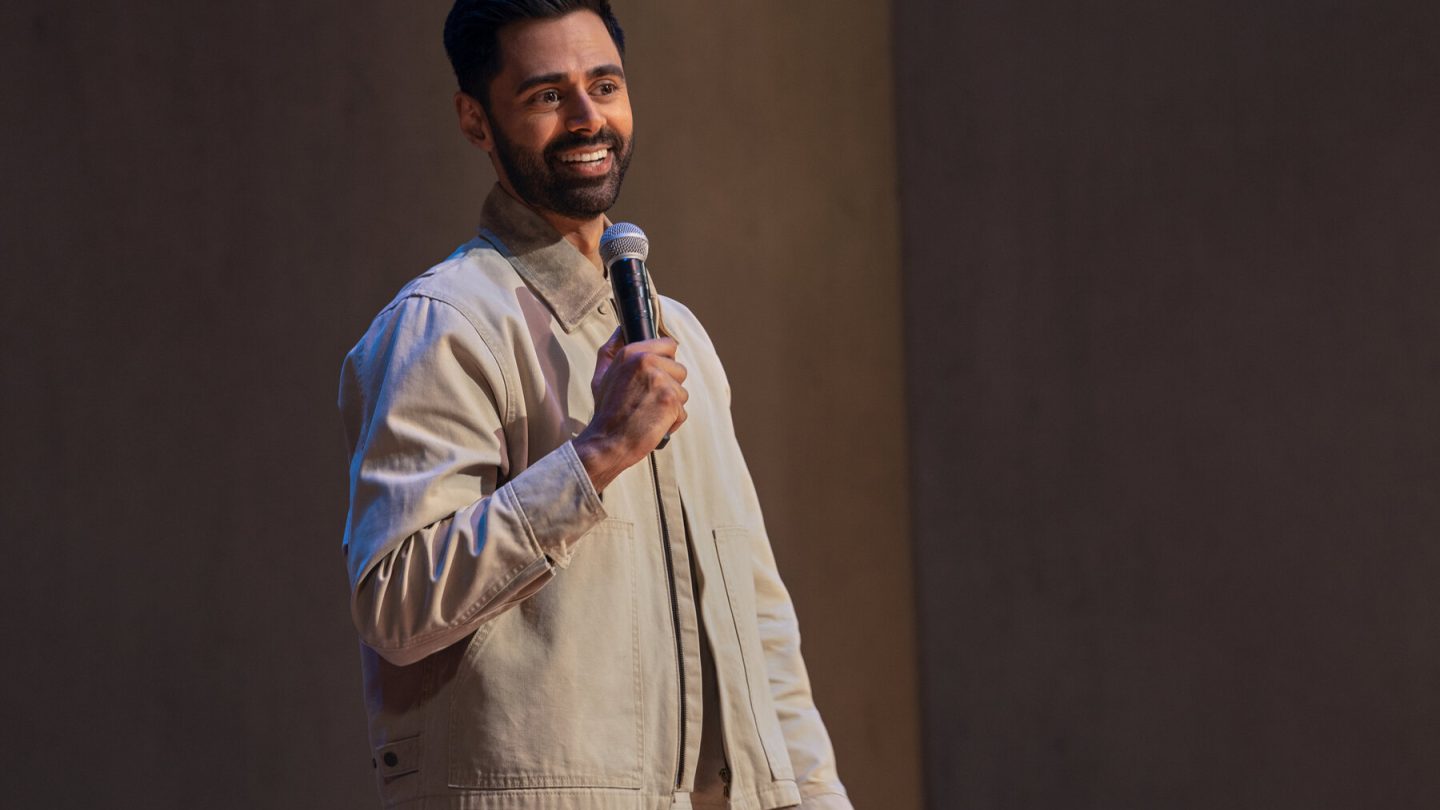 “I know everybody likes Starbucks,” Hasan Minhaj tells the crowd at one point during his new just-released Netflix comedy special, The King’s Jester. “But I hate the fact that they have a drink called Chai Tea.

I’ll admit it; as a Starbucks addict, I laughed out loud — at that, but also throughout Minhaj’s new special, which hit the streaming service on Tuesday, October 4.

Minhaj, also the erstwhile host of Netflix’s Patriot Act, filmed his second comedy special for the streamer at the historic Brooklyn Academy of Music. Prashanth Venkataramanujam, who co-created Patriot Act with Minhaj, served as the director of The King’s Jester.

In his new one-man show for the streamer, Minhaj cracks wise about topics like fatherhood, fertility, and freedom of speech. “…That’s why,” Minhaj continues during the special, in a line he sets up dramatically before landing the joke, “when I finally got my shot to do my own show on Netflix … I named that s**t Patriot Act.

“I’m gonna name my show after the same program you used to spy on us.” Continuing with that same idea, by the way, Minhaj’s since-ended Netflix series included redacted lines in its logo. The comedian, meanwhile, continues in his new special by riffing on other topics like the murder of Washington Post journalist Jamal Khashoggi inside a Saudi consulate in Turkey in 2018. “I thought, hey, this could be our first episode (of Patriot Act).

“And I had a crazy take. You remember this? I was like: Saudi, hear me out. It’s your boy, Hasan. Hot take! I think murder is bad.”

In between the finale of Patriot Act and the launch of his new Netflix comedy special, fans of the comedian and actor have also seen him playing the character of “Eric,” a co-host alongside Reese Witherspoon’s “Bradley” in the Apple TV Plus series The Morning Show. Per the streamer, “Minhaj is also set to appear in a new project from Ilana Glazer and Pamela Adlon, and in his not-so-spare time, he’s co-writing a new Bollywood comedy with Venkataramanujam.”