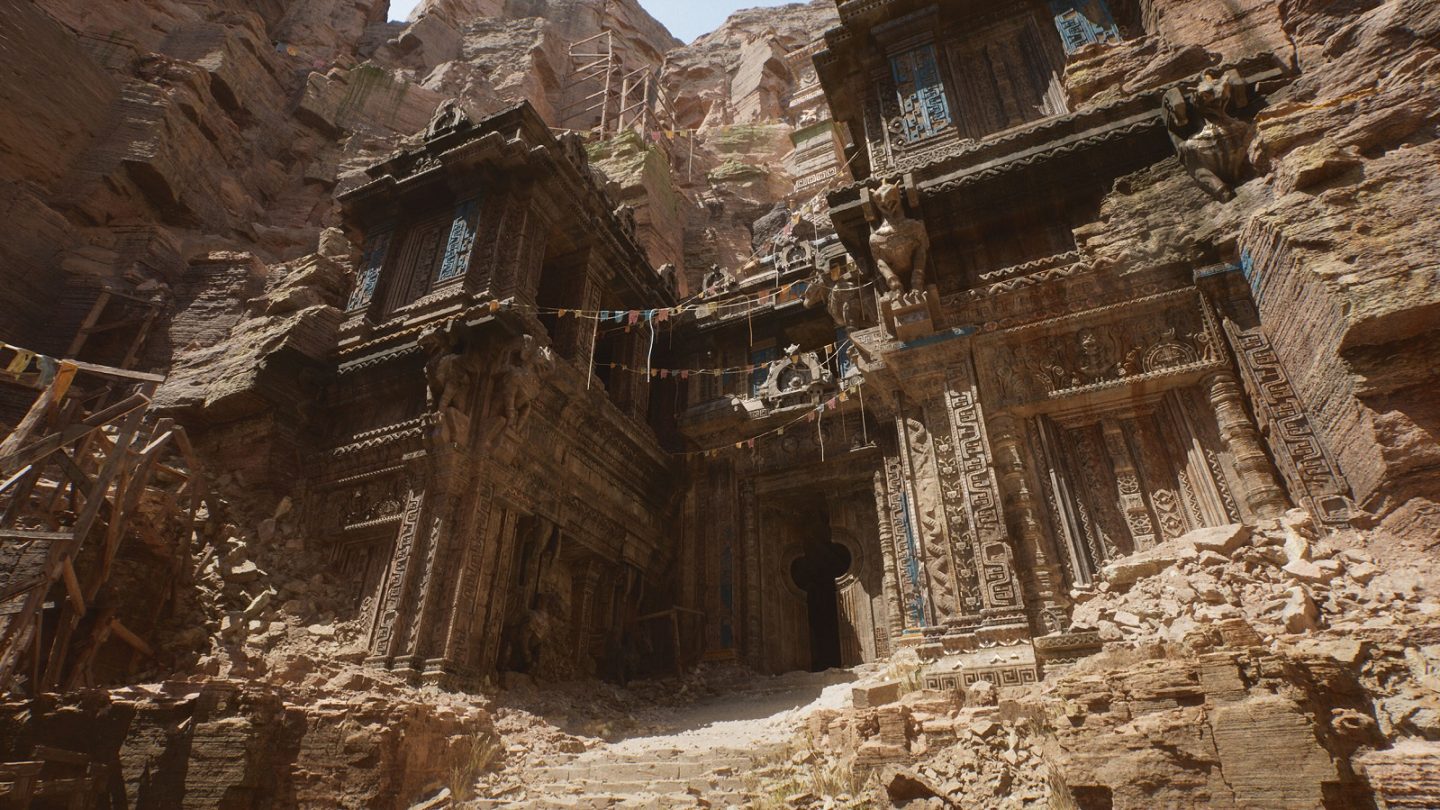 We’ve been anxiously awaiting the reveal of true next-generation gameplay ever since Microsoft and Sony confirmed that their next consoles would launch in 2020, and this week, we finally got it. On Wednesday, Epic Games shared a first look at Unreal Engine 5 with a real-time demo running live on a PlayStation 5.

Although this is not a preview of a real game, Epic says that the gameplay in the video (which we embedded below) is live game code that is playable on a PS5 development console. This isn’t a pipe dream or a prerendered cutscene — it’s a showcase of what the PS5 will be capable of achieving. That’s not to say that games will look like Lumen in the Land of Nanite (the name of the tech demo) on launch day, but they might in the future.

In a detailed blog post, Epic explains two of the key technologies in the demo. One is nanite virtualized micropolygon geometry, which “frees artists to create as much geometric detail as the eye can see.” Source art made up of billions of polygons can be imported directly into Unreal Engine 5, where it is “streamed and scaled in real time so there are no more polygon count budgets, polygon memory budgets, or draw count budgets.”

The other technology is lumen, which “is a fully dynamic global illumination solution that immediately reacts to scene and light changes.” No matter how large the environment is, Unreal Engine 5 will be able to scale to render “diffuse interreflection with infinite bounces and indirect specular reflections.” In layman’s terms, lighting is going to look incredible in the new engine, and it will be easier than ever for artists to work with.

Finally, Epic Games confirmed that Fortnite built in UE4 will be available on next-gen consoles at launch this holiday season, and that the game will be migrated over to UE5 in mid-2021.