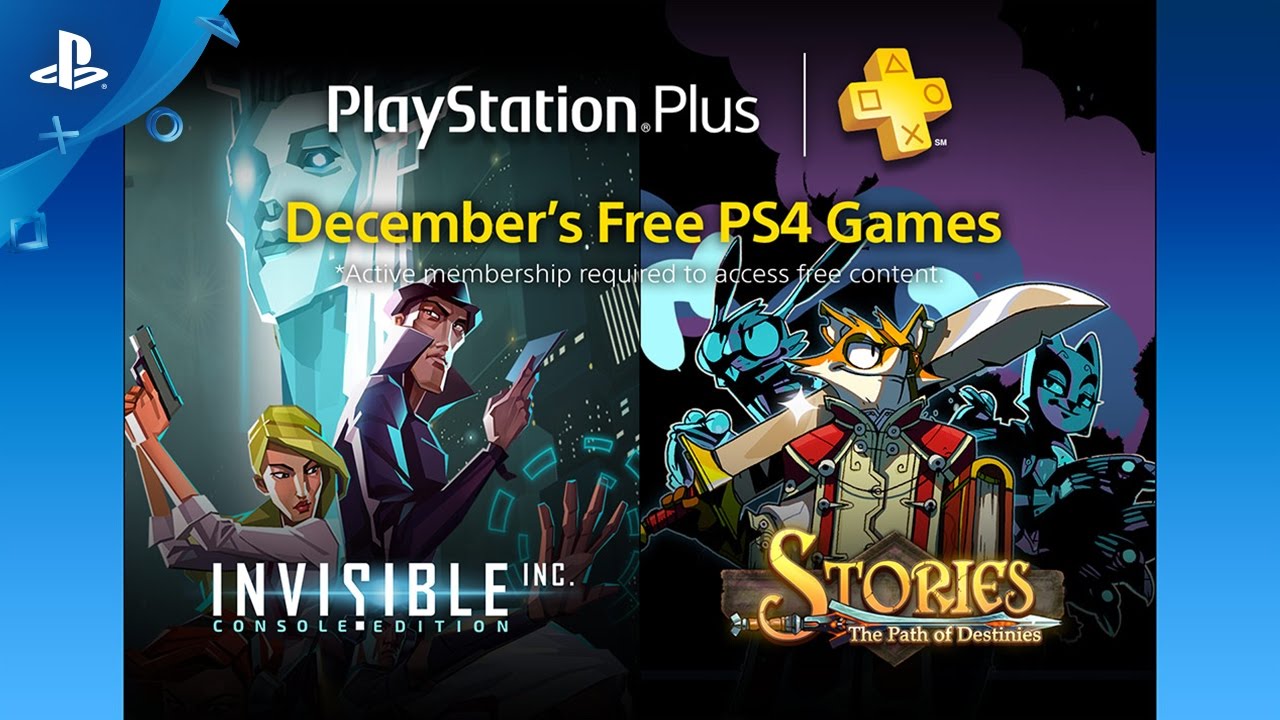 With November coming to an end, Sony has finally announced the selection of free games that will be available on PS4, PS3 and PS Vita for PlayStation Plus subscribers in December. As always, you need to have an active subscription to PS Plus in order to download these games (or any free PS Plus game).

FROM EARLIER: Every Xbox One and Xbox 360 game you can download for free in December

In December, Sony is making both turn-based strategy game Invisible, Inc. and action RPG Stories: The Path of Destinies free for PS4 owners. On PS3, space shooter Hyper Void and arcade shooter Tiny Troopers Joint Ops will be free, while Vita owners will be able to pick up the side-scrolling Color Guardians and the beloved platformer VVVVVV without having to pay a penny.

Here are all six games, along the platform availability of each:

There aren’t really any standout titles this month for PS Plus, but Invisible, Inc. and Stories: The Path of Destinies were both well-received when they launched. That said, it’s hard to compare PlayStation’s offerings with Microsoft’s this month.

If you want to see the PS4 games in action, watch the video below: