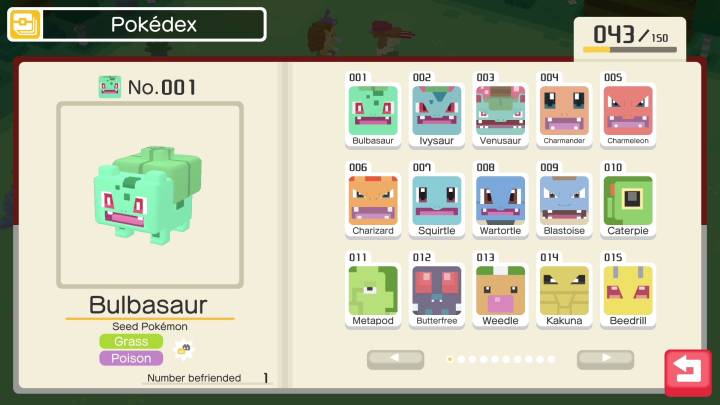 During a surprise press conference in Japan on Wednesday morning, The Pokemon Company announced a few new games in the Pokemon franchise. First on the docket is a free-to-play game for both the Nintendo Switch and mobile devices called Pokemon Quest, and it looks nothing like other recent Pokemon titles.

Described as a game for all ages, Pokemon Quest takes place on the mysterious Tumblecube Island where Pokemon first found in the Kanto region have taken on a “boxy, cube-like appearance” that might take a page out of Minecraft’s book. Because that’s what Pokemon needed to finally break through and find mainstream popularity.

“The simple gameplay makes it easy to hop into expeditions and start exploring Tumblecube Island with the help of your Pokémon buddies,” reads the description on the game’s store page. “Afterwards, head back to your base camp where you can use the loot you found during your adventure to befriend more Pokémon. Attract various Kanto Region Pokémon to your base camp by cooking up dishes made with collected ingredients! You can even decorate your base camp with fun items that provide helpful bonuses that make your expeditions more beneficial.”

No word yet on when the game will arrive on mobile platforms (or which, for that matter), but the Switch version can be downloaded from the Switch eShop right now. If you don’t see the listing under the “Recent Releases” section of the store, you can head to store page on Nintendo.com, log in, and download from there instead.