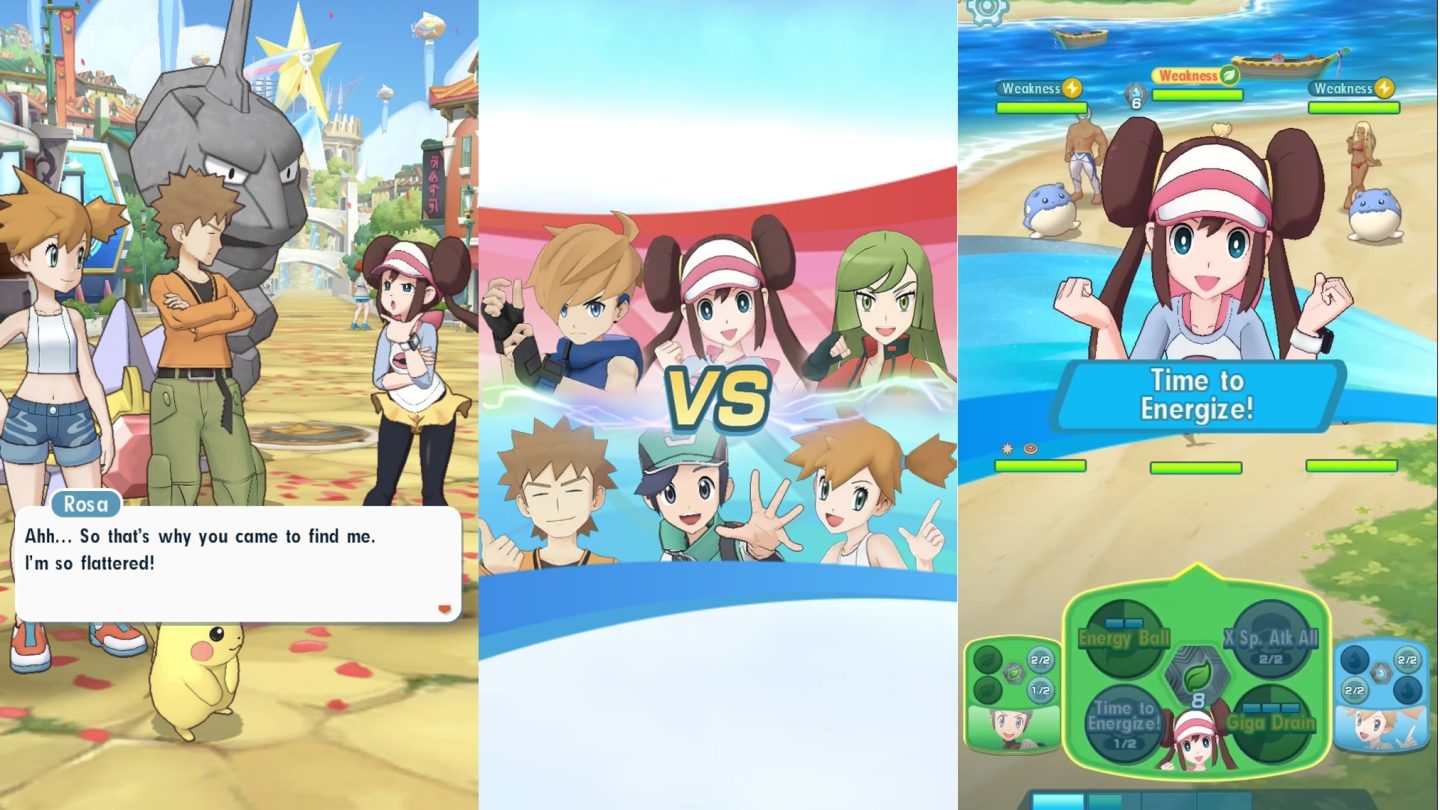 While Pokemon Go continues to add new features and refresh old ones to keep people playing, no one would ever mistake the mobile smash hit for a traditional Pokemon title. The same may not be true of Pokemon Masters, which looks like it’s shaping up to be one of the deeper Pokemon games outside of the main series.

As we learned a few weeks ago, Pokemon Masters takes the focus off of catching creatures and puts it on to battling them, as you will team up with other notable trainers from throughout the history of the franchise and rise up through the ranks of the Pokemon Masters League. We got a taste of all those elements in the presentation video that The Pokemon Company shared last month, but a new trailer gives us an even closer look.

At the start of the trailer, we get to see one of the game’s unique 3-on-3 battles play out in real-time, as well as a sneak peek of the sync moves that see the trainers and their partner Pokemon team up for a powerful attack. While Pokemon battles have traditionally been turn-based, you can use your moves as soon as they’re ready in Pokemon Masters. This should make for more dynamic and fast-paced combat than in previous games.

Pokemon Masters will also feature cooperative online play, allowing you to team up with two other players to face off against AI opponents. While playing with other human players, all three sync pairs (which are the teams of trainers and their partner Pokemon) can join forces to unleash a powerful unity attack.

Finally, we also learned about Sygna Suits, which are special outfits that trainers can wear into battle to change their partner Pokemon. So even though you can’t catch a new Pokemon, you do have some choice over which Pokemon you go into battle with. Pokemon Masters is still slated to launch at some point this summer.