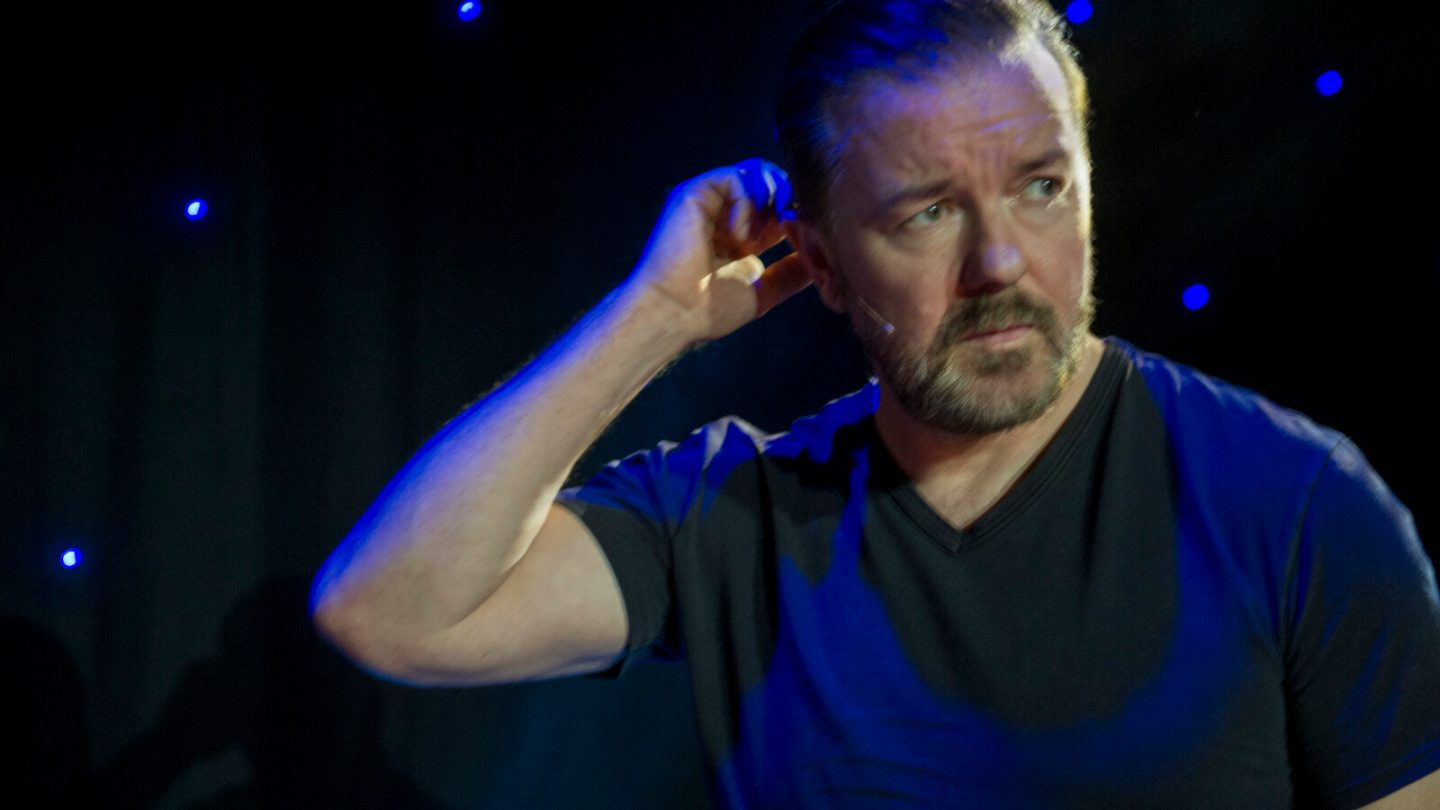 With the release of Ricky Gervais’ new Netflix comedy special SuperNature, the streaming giant would seem to have another controversy on its hands along the lines of Dave Chappelle’s The Closer.

Netflix dropped Gervais’ new standup special on Tuesday, May 24, and it largely gave audiences more of the same boundary-pushing humor they’re accustomed to from the comedian. Netflix’s rather anodyne synopsis, however, doesn’t fully convey the cause of the furor that’s erupted since the release of SuperNature: “Ricky Gervais gives his take on the rules of comedy, spoiling his cats, and how super actual nature is in his second Netflix stand-up special.”

Let’s start with some review data about the special, and then we’ll kind of back into the controversy. Head over to Rotten Tomatoes, and you’ll see that the special has garnered more than 100 user ratings so far (remember, it’s only been available on Netflix since Tuesday). Those ratings give SuperNature a pretty strong 91 percent audience score.

If I type Gervais’ name into a Twitter search, meanwhile, the auto-completed suggestion I’m offered is “Ricky Gervais trans.” Similarly, if you simply type “SuperNature” into a Google Search box? The top results are news stories like the following:

This is all, of course, reminiscent of the firestorm the Chappelle’s special met upon its release. It, too, drew ire over similar content that was deemed by some people to be transphobic. Comedians — some of them, at any rate — argue that a big part of their craft requires them to be able to skewer and make fun of anyone or anything without pulling their punches. Importantly, Netflix seems largely aligned with the latter position.

A little more than a week before the release of SuperNature, Netflix made headlines for a big change at the company that seemed to be a direct response to employees who want the streamer to censor certain types of content. Basically, the streamer updated its fabled culture deck, telling workers in so many words to quit if they don’t like this or that title offered by a particular creator.

“As employees, we support the principle that Netflix offers a diversity of stories, even if we find some titles counter to our own personal values,” the memo, titled “Netflix Culture — Seeking Excellence,” reads.

It continues: “Depending on your role, you may need to work on titles you perceive to be harmful. If you’d find it hard to support our content breadth, Netflix may not be the best place for you.”

Gervais, meanwhile, doesn’t only have comedy specials like SuperNature available to stream on Netflix. His Netflix original drama After Life is a beautiful, heartwarming meditation on grief and love. In fact, of a sort that I didn’t realize the generally loud-mouthed comedian had it in him to create. It’s definitely one to check out — if, that is, standup specials aren’t really your thing.

There’s no controversy, nothing problematic here. In the show, Gervais is simply a curmudgeonly small-town journalist who loses his wife, and who succumbs to overwhelming grief — at first. His friends and loved ones slowly help him to come to certain realizations. Like, “Good people do things for other people.” And, “We’re not just here for us, we’re here for others.”

And, perhaps most importantly, “A society grows great when old men plant trees whose shade they shall never sit in.”