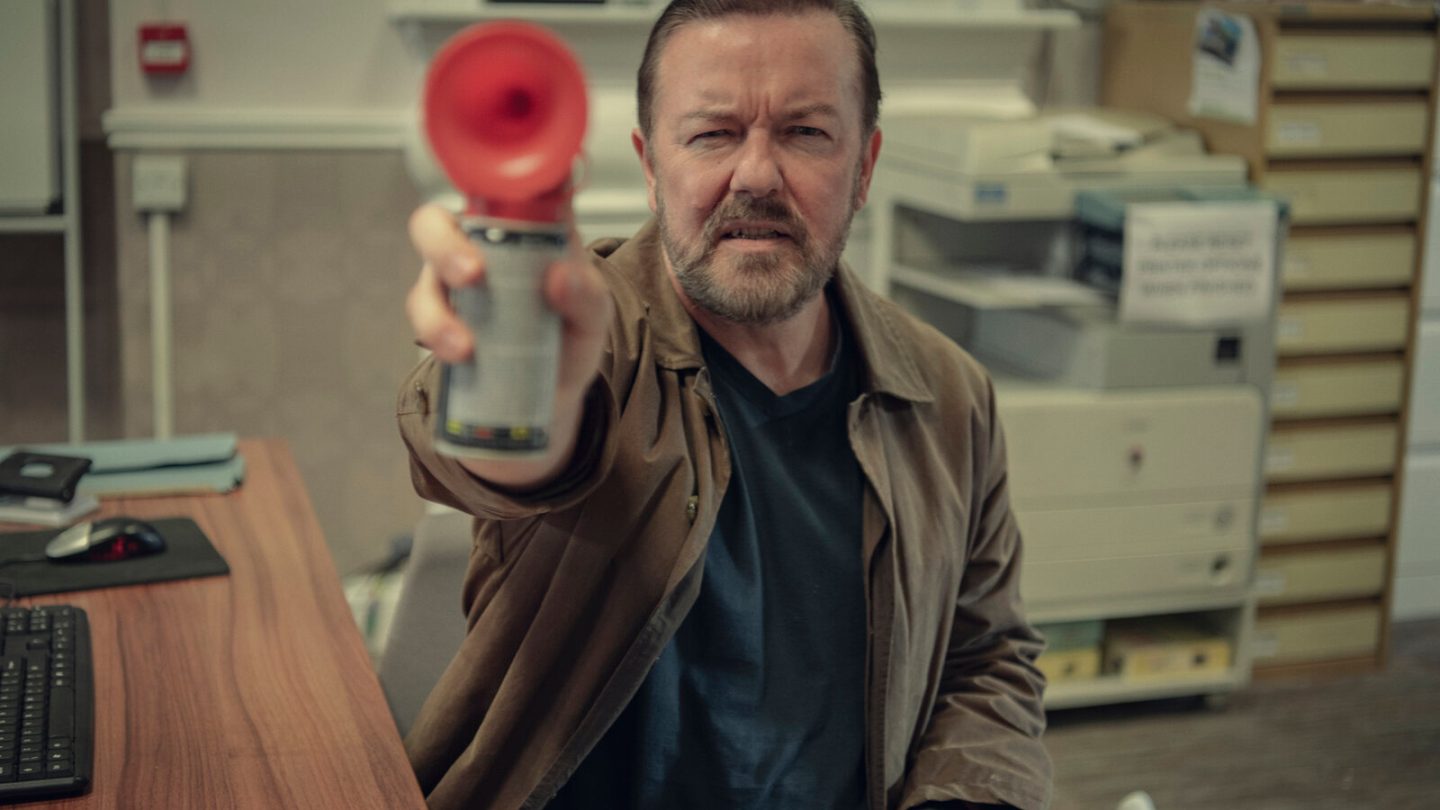 Netflix on Friday released the third season of Ricky Gervais’ emotionally wrenching series After Life. And that, right there, tells you something about how important this project is to the comedian and actor — whose TV shows, until now, have tended to follow a simple rule. Two seasons, and that’s it. But this story, the one at the heart of After Life, is one of the most profound creative projects the sometimes controversial funnyman has ever produced in his career. And if this story of a widower who works as a small-town journalist doesn’t make you cry at least once, inside of you there beats a heart that’s just not working right.

Gervais created, wrote, directed, and, of course, stars in the series. “Set in the small fictitious town of Tambury,” Netflix explains, “the show follows Tony, a writer for the local newspaper whose life is upended after his wife dies from cancer.”

While still struggling with grief for his wife, Netflix’s press material continues, “Tony starts to realize that making other people feel good is what can give him hope and a reason to live. After all, every end is a new beginning.”

It must be said, this show has a lot of haters. Most of them are critics and prefer Gervais’ brutal, take-no-prisoners style of comedy. Ignore them, though. This is a quality series, worth your time, with something meaningful to say about life. And that we need to hear now, more than ever. “I think it’s worth sticking around,” Gervais’ character says during one of the show’s best scenes, in order to maybe “make my little corner of the world a slightly better place.”

After Life currently has a 90% audience score on Rotten Tomatoes, and that is actually what the series deserves. If not higher. One Rotten Tomatoes reviewer has noted: “Season three provides a sweet and satisfying finale to a near-perfect series that warms the heart, challenges perceptions, confronts demons and, yes, makes you laugh out loud.”

In the early, “I’m still an angry curmudgeon,” phase of the show, Gervais’ particular brand of caustic, biting humor is let loose. I was surprised I ended up liking this show as much as I do. But that’s only because it debuted in the pre-pandemic days. Life, and grief, have a much different texture now.

I feel like the whole point of the show can be summed up in a great scene when Gervais’ character is sitting on a bench at the cemetery. An older woman is on the bench beside him.

She reminds him of an old Greek proverb. “A society grows great when old men plant trees whose shade they know they shall never sit in.”