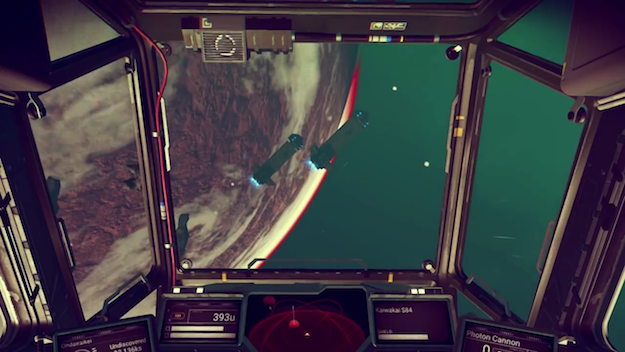 For many gamers, No Man’s Sky is not only the most exciting release of August, but one of the most anticipated releases of the entire console generation so far.

Originally unveiled at the VGX awards in 2013, No Man’s Sky is an ambitious space game set in a universe made up of over 18 quintillion planets, all of which you can visit and explore. And these aren’t the game worlds you’re used to either — these are actual planet-sized planets, some the size of Earth itself.

It’s not hard to see why the game has garnered so much attention, but even with less than two weeks until release, some gamers are still wondering exactly what you’re meant to be doing in the infinite expanse of No Man’s Sky.

Over the past month, PlayStation has been publishing a “Guide to the Galaxy” video series on its YouTube channel, walking future players through the four pillars of No Man’s Sky: Explore, Fight, Trade and Survive.

No Man’s Sky is not a traditional game. There are no quests and no real ultimate objective (other than making your way to the center of the universe). As such, it will be up to the players to decide how they want to exist in this universe. If you want to explore as many planets as possible, you can do that. If you want to become the #1 space pirate, blasting everyone who stands in your way, that’s also an option. If you want to be a peaceful trader, the game will let you be one.

To see some of what No Man’s Sky has in store, watch these videos:

No Man’s Sky will be available for PS4 on August 9th in the US and August 10th in Europe, and for PC on August 12th worldwide.