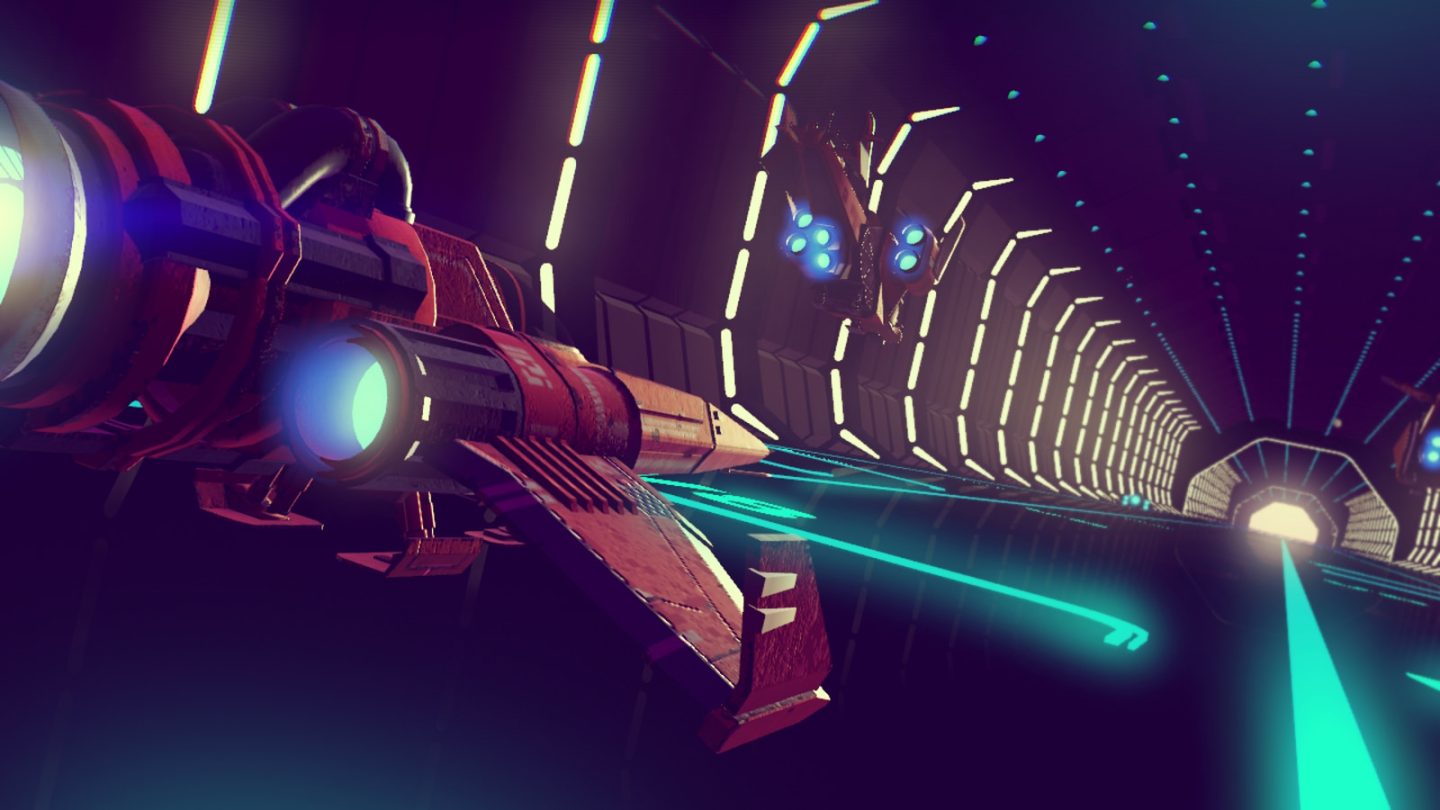 Having watched every preview video and read every interview on the Internet, I wasn’t sure No Man’s Sky could do anything to surprise me. On Thursday, I had a chance to play the universe simulator from Hello Games for the very first time, and although I knew what to expect, I came away with a surprising revelation:

No Man’s Sky has the potential to be the best RPG ever made.

Before we go any further, it’s important that I qualify that claim.

No Man’s Sky is not a traditional RPG, in that you won’t be embarking on prewritten quests or leveling up your character or deciding where to allot your skill points. Rather, No Man’s Sky is an RPG in the most basic sense of the term — you get to decide what role you want to play in this vast universe.

Murray has never shied away from comparisons to Minecraft. In fact, despite all the fundamental differences between the two games, it’s that spirit of exploration that he wants players to bring with them when they get their hands on No Man’s Sky.

One area where No Man’s Sky may even one-up Minecraft is the agency it gives to the player. In Minecraft, you can go anywhere, build anything and be anyone you want to be. No Man’s Sky isn’t quite so unlimited, but by paring down the choices, even just by a little bit, the game gives a player’s role more meaning.

No, you can’t rebuild the entire World theme park in block form (a la Minecraft), but within the confines of this universe, you can be whoever you want to be. And that’s a thrilling prospect, done on a scale we’ve never seen before.

After watching Murray’s presentation, I had a chance to sit down and actually play the game. I was on a frigid planet, so my suit would only keep me warm for so long. My first objective was to find somewhere to warm up, so I was pointed toward a building in the distance. On the way, I collected harvested some elements from the flora around me, briefly alerting a group of drones to my presence. They really don’t like when you shoot stuff.

I made my way to the building, a watchtower of sorts, where an NPC was standing around, passing the time. I attempted to communicate with him (it?), but I had only learned a few words of the local language. The response that I chose from the dialog menu confused him, so I wandered off.

I did a little bit of crafting, a little bit of terraforming, unlocked a launch pad for my ship and took off into space. As I was approaching a second, undiscovered planet, I felt a tap on my shoulder and I was told that time was up.

Time and time again, I’ve seen Sean Murray explain to various members of the press that the game really doesn’t demo well. There’s just too much to experience to attempt to pack it into a 15- or 30-minute play session.

You’re meant to get lost in No Man’s Sky, and all of us finally will on June 21st.