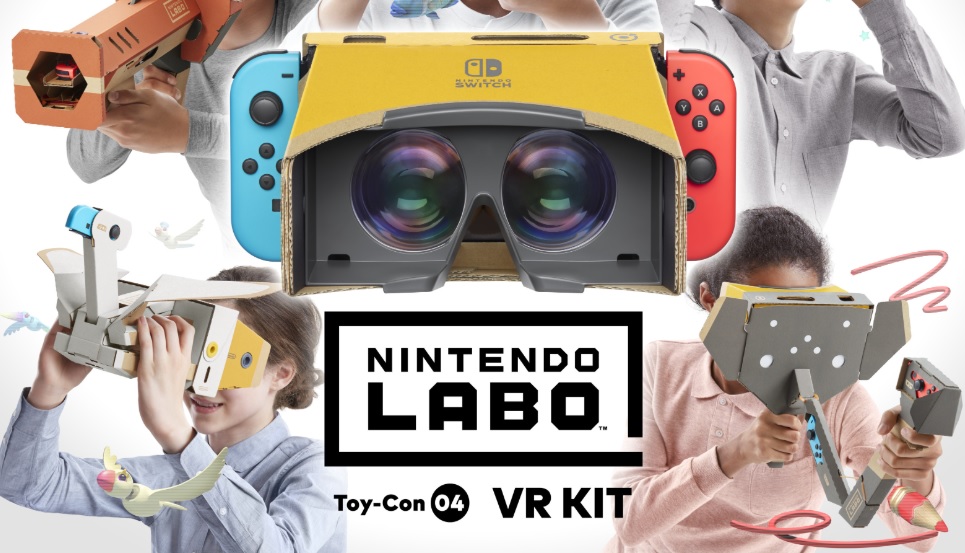 In a surprise move on Wednesday, Nintendo revealed that virtual reality is coming to the Switch, but not in the form of a traditional head-mounted display. Rather, the latest addition to its line of Labo cardboard accessories will be a VR kit that you can use to morph your Switch and Joy-Con controllers into a makeshift headset.

The main Labo VR Kit includes six different VR Toy-Con projects to build, including the Toy-Con VR Goggles, which are required to use all the other creations. Those other projects include a blaster, a camera, and an elephant, the last of which is just as confusing to me as I’m sure it is to you. The VR Kit will retail for $79.99.

“This new kit builds on the core tenets of Nintendo Labo – Make, Play and Discover – to introduce virtual reality in a way that’s fun and approachable for both kids and kids at heart,” said Doug Bowser, the man who will soon take over as president of Nintendo of America. “We wanted to design an experience that encourages both virtual and real-world interactions among players through passing around Toy-Con creations.”

If you’re interested in the idea of playing virtual reality games on your Switch, but don’t want to spend $80 right away, there is also a starter set which features just the goggles and the blaster for $39.99. If, once you’ve spent some time those creations, you decide you want more, Nintendo will offer two expansion sets for $19.99 each. The first set includes the elephant and the camera, while the second contains the wind pedal and the bird.

The complete Nintendo Labo VR Kit and the starter set will be available in stores on April 12th. If you want either of the expansion sets, you’ll be able to find them exclusively on Nintendo’s online store.