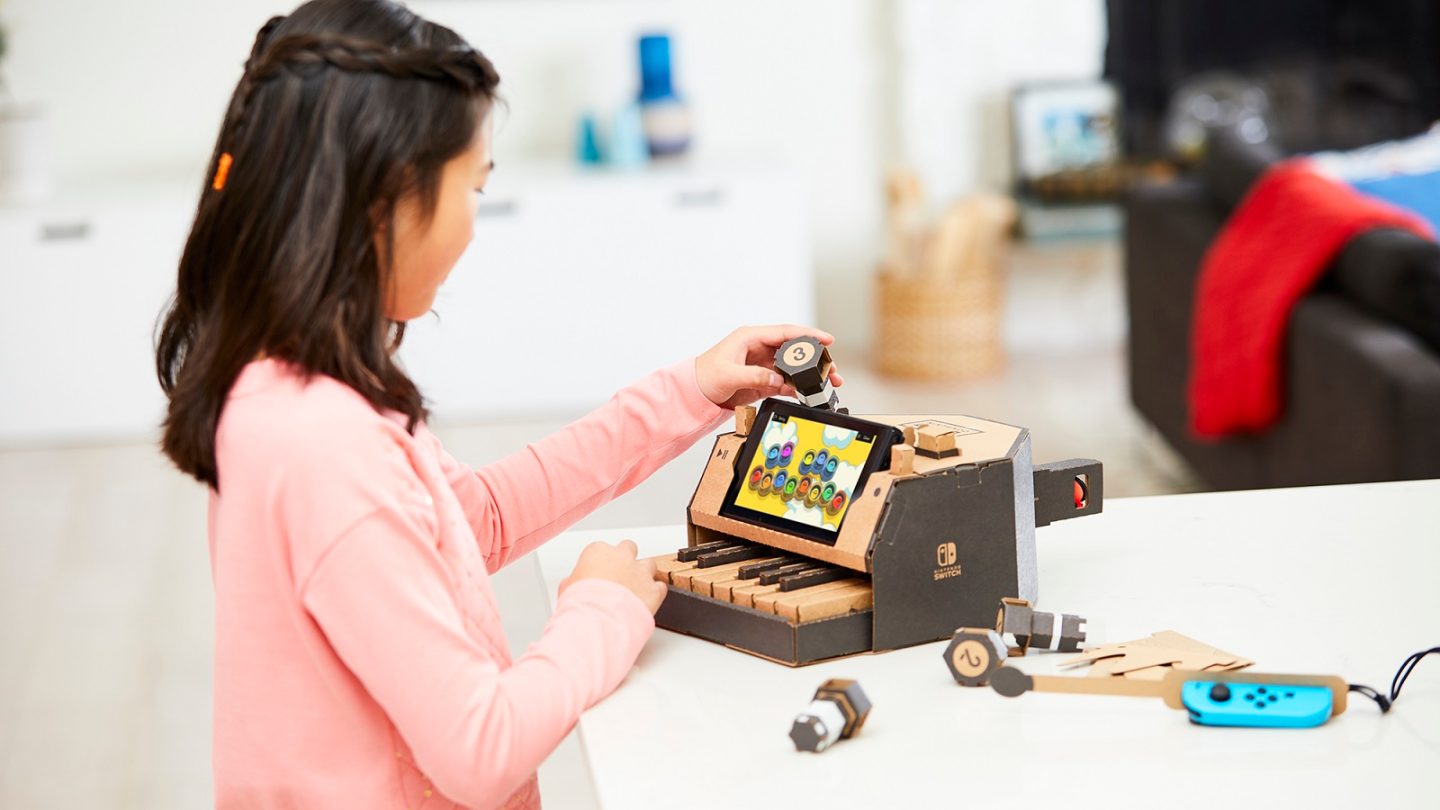 Nintendo on Wednesday introduced a new line of interactive DIY cardboard creations that come to life with the power of the Switch. Dubbed Nintendo Labo, the initiative features packaged kits filled with modular sheets of cardboard that Switch owners can build into objects such as pianos, fishing rods and motorcycles. Once the construction is finished, the Switch and the Joy-Con controllers can interact with the creations (which are called Toy-Cons).

Each kit interacts with the console in a unique way. For example, the console slides into the top of the 13-key piano while the right Joy-Con slots into a pocket on the side. From there, the IR Motion Camera in the controller can detect which keys you press and will immediately translate them into notes which you’ll hear from the Switch.

Players will have the ability to build a set of functioning handlebars to simulate a motorbike. You can also put together a fishing rod, which has its own rotating reel and a string. There’s even a customizable robot suit that you can build and wear while you terrorize a city, knocking down buildings and taking out UFOs.

Nintendo Labo opens the door to countless potential kits, but the line officially launches on April 20th with two Toy-Con kits. The first is the Variety Kit, which features two Toy-Con RC Cars, the Toy-Con Fishing Rod, Toy-Con House, Toy-Con Motorbike and Toy-Con Piano. It will retail for $69.99. There’s also a separate Robot Kit, which comes with a visor, backpack and straps for your hands. It will sell for $79.99. Both kits have everything you need to get started, including the relevant software that will allow you to play along on your Switch.