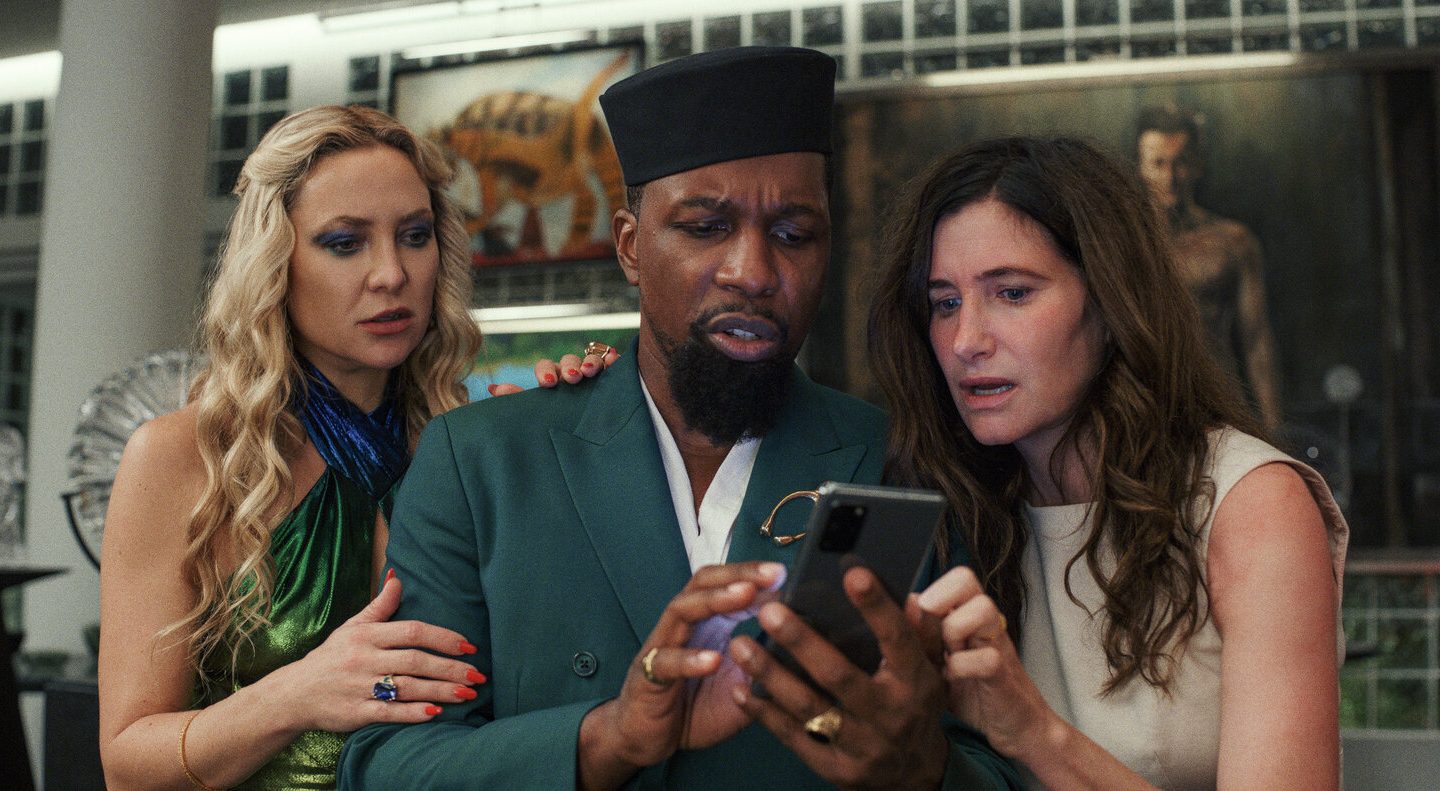 Netflix’s $40 million Knives Out sequel Glass Onion is out in theaters now, and it’s coming to the streamer on December 23. It’s a film that is just like its predecessor: another ensemble-driven puzzle box of a whodunnit. Ahead of catching one of the theatrical screenings, though, one thing I wasn’t prepared for is the anti-billionaire message that’s also part of the movie’s core narrative.

And it’s a message that feels especially timely right now as we watch Elon Musk run Twitter with the care and thoughtfulness of a punch-drunk apex predator.

In a capitalist society, it’s axiomatic to some people — especially on the right of the political spectrum — that wealth is by and large to be celebrated as the just fruits of hard work and superior achievement. It leads to a kind of tautology, even, wherein we uphold and lionize billionaires like Musk party on the basis of their wealth (“Surely he must know what he’s doing — look how rich he is!”) and we, in turn, justify that wealth on the basis of what’s been done to achieve it.

But such assumptions, of course, represent the very definition of the so-called narrative fallacy. Life is not a series of endless cause-and-effect loops. Some things happen by chance, some by pure dumb luck, some of us lose out, and some of us catch a lucky break we can exploit into a bank account that stretches to ten figures.

Glass Onion director Rian Johnson probably wasn’t thinking specifically about Elon or Jeff Bezos or any other vainglorious member of the billionaire class when making his movie, which is primarily built around a murder. But set aside that plot point, as well as the palatial estate on a private Greek Island where the story unfolds. Furthermore, ignore the colorful cast of characters, including the return of Daniel Craig’s cigar-chomping gentleman sleuth of a detective who talks with the drawl of a Southern aristocrat.

Benoit Blanc is back for more

This is a Knives Out sequel we’re talking about — which is to say, nothing is as it seems. That includes Glass Onion’s sneering, privileged billionaire Miles Bron (Edward Norton), who appears to have it all: More money than he knows what to do with, every luxury you could possibly think of, and a kind of hippy-dippy approach to life, to top it all off.

He sends out party invitations in the form of literal oversized puzzle boxes that his friends have to work together to solve and open — revealing their party invitations hidden inside (#richguylife). He pays a writer to sketch out a murder mystery and he flamboyantly invites his friends to his remote island to solve it. It’s raining money on Rich White Guy island.

Come to find out, though, Miles actually made his billions not through his own ingenuity or thanks to an achievement for which he justly deserved lavish reward — but, rather, by parroting someone else’s idea as his own. Being sharp-elbowed enough, in other words, to commercialize an idea that his partner thought was too dangerous.

At the beginning of Glass Onion, you’ll feel like Miles is a brilliant titan of industry. By the end of the movie … well, let’s just say it will be readily apparent that the emperor indeed has no clothes.

Netflix’s Knives Out sequel does not like the rich guy

Miles at the beginning is shown as a hungry, friendly dreamer of a guy. He’s the smiling face in the photo at the center of a tight-knit circle of friends. Along the way, he turns into a worldly, confident, back-slapper of a billionaire — but if you look just below the surface, what you really see is something akin to the pampered son of an overbearing French king. Conniving. Spoiled. Quick to lie and cheat.

That description, of course, doesn’t fit every billionaire. But the way Miles is shown in an all-new light by the end of Glass Onion sort of feels like how lots of peoples’ opinions of Elon have done a 180-degree turn in recent days, following his takeover of Twitter (“Wait, I thought this was the rocket guy??).

Along those lines, be honest: Do you feel more or less willing to buy a car that drives itself from Elon, after what you’ve seen of his impulsive leadership of Twitter?

Of course, not every billionaire is a bad guy. Some of them do incredibly philanthropic things with their riches. And I’ll say this about Elon, while I’m still thinking about Netflix’s big new movie: I don’t think he’ll ever be caught up in a murder mystery, for what it’s worth.