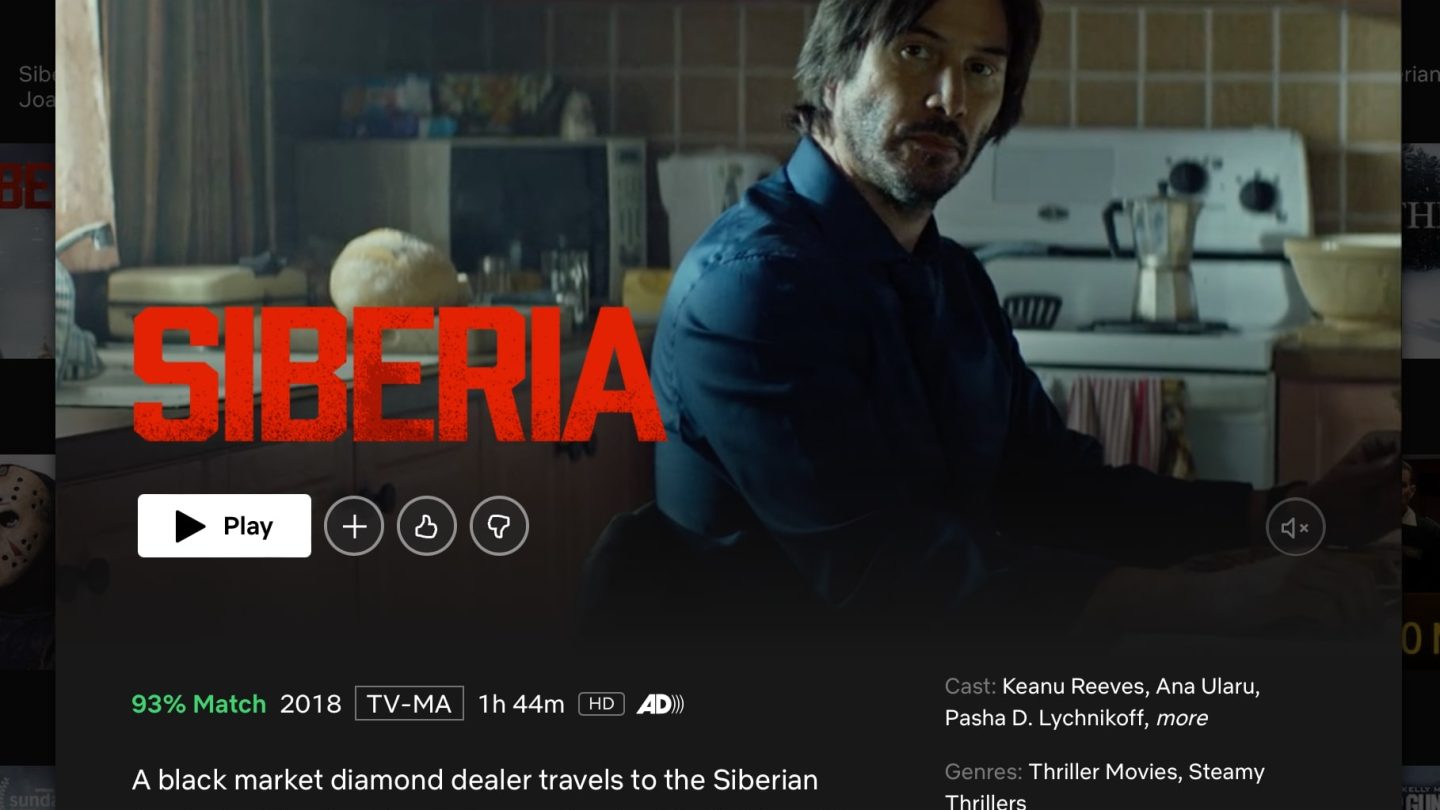 Over the past few years, a cinematic phenomenon known as the “Keanaissance” has touched one major motion picture after another — from Toy Story 4 to the new Matrix movie as well as John Wick 3, to cite just a few examples. Fans of Keanu Reeves came up with that affectionate moniker to describe the beloved actor’s resurgence of late, with additional projects including his voicing of Batman in the upcoming DC League of Super-Pets animated movie hitting theaters in May.

Given that his new roles keep piling up, this correspondingly means that Reeves also, of course, has an extensive and growing library of credits to his name. Many of which you can find on Netflix, including some (like one newly added title that we’ll tell you about in this post) that you might have never heard of before.

The one we’re referring to is 2018’s Siberia, starring Reeves along with Ana Ularu and Pasha D. Lychnikoff. I’d certainly never heard of this one, myself — and if you haven’t either, here’s what you’ll want to know as far as a basic overview. From Netflix: “A black market diamond dealer travels to the Siberian tundra looking for his missing partner but finds himself in a fight for his life instead.”

If you want to see what other people have side about this little-known Keanu Reeves title, though — well, be warned.

The Rotten Tomatoes scores for Siberia are pretty abysmal.

The movie currently has a terrible 12 percent critics score, based on 49 reviews. On the audience side, the score there is 16 percent, based on more than 250 ratings.

Luckily, there are plenty more of the actor’s movies to enjoy on Netflix besides this one. If you do a search for his name (or by simply tapping on “Keanu Reeves” from something like the Siberia landing page on Netflix) you’re taken to a list of a dozen movies that you can check out right here.

Meantime, here’s something else that Netflix fans might find useful. It’s a snapshot of the top-ranked movies on Netflix — as of Tuesday, March 8 — as they’re currently listed inside the streamer’s various apps and on the web.