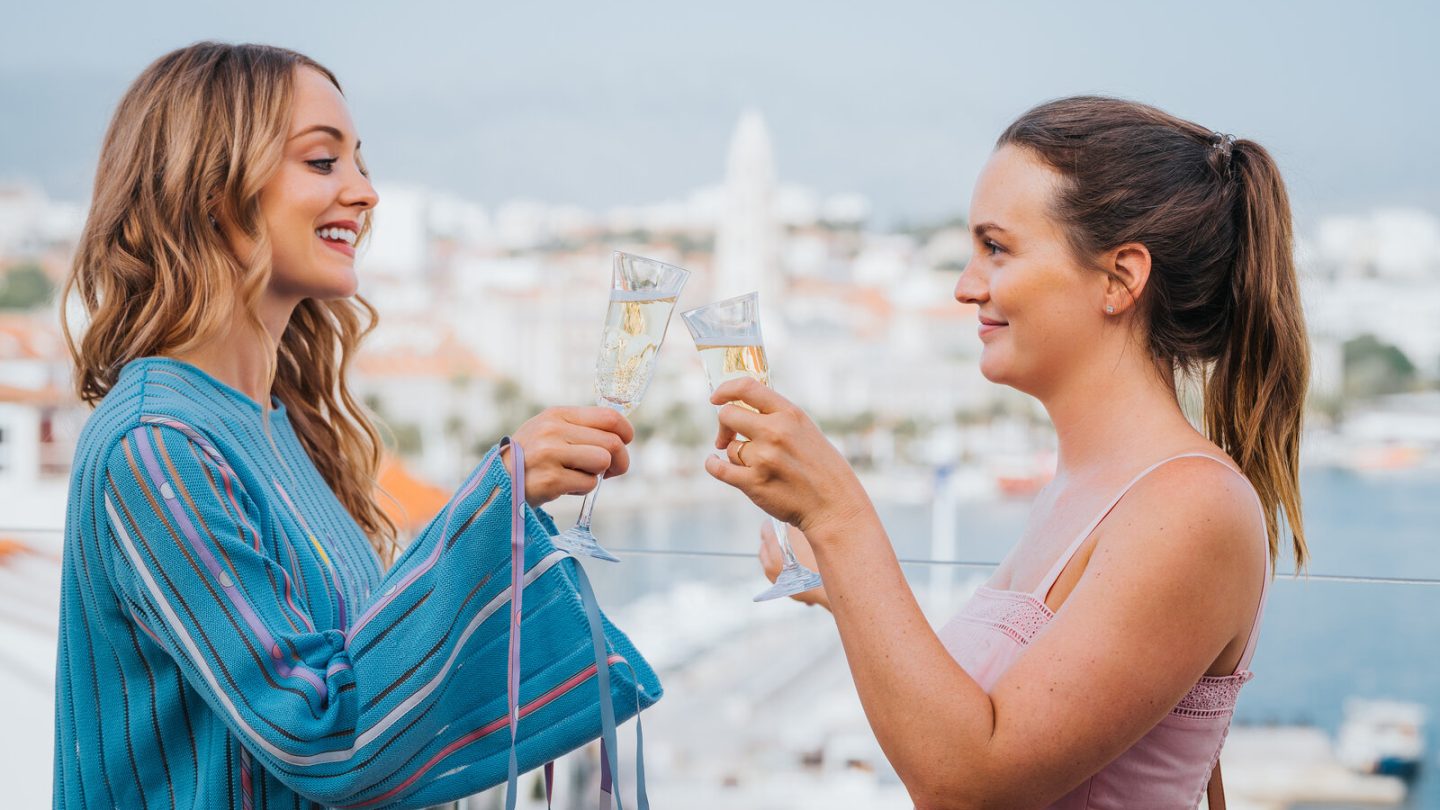 When a TV show — or, in this case, a movie like the new release The Weekend Away — rockets up the Netflix charts quickly after its release to become the #1 title in its category on the streamer, it’s tempting to make an erroneous assumption about it.

Oh, this must be one of the best releases on Netflix right now! Everyone is watching!

Unfortunately, that is nowhere even close to being the case. And The Weekend Away, which stars Leighton Meester and Christina Wolfe and which Netflix released on Friday, is a great example of this. It’s the #1 movie on Netflix right now in the US. And pretty much everyone seems to hate it.

The Weekend Away Netflix movie

The Netflix summary describes this film as follows. “A weekend getaway to Croatia goes awry when a woman (Leighton Meester) is accused of killing her best friend (Christina Wolfe) and her efforts to get to the truth uncover a painful secret.”

The film is based on a novel of the same, by Sarah Alderson. Netflix is certainly finding streaming success with this formula, which follows its adaptation released just a few days ago of another title based on a novel by a female author. That one would be Pieces of Her, a Netflix series starring Toni Collette and which was based on Karin Slaughter’s 2019 novel Pieces of Her.

As of Monday, March 7, the top movies on Netflix included:

Now, as for the reaction to the new Netflix title at the top of that list? As we alluded to, even though this is the #1 Netflix movie right now, The Weekend Away has been ripped apart by critics and viewers on sites like Rotten Tomatoes.

The movie’s critics score on the review aggregation website currently stands at a middling 53 percent, based on 15 reviews. Like this one, from a critic’s assessment included in the Rotten Tomatoes score: “There are good murder mysteries out there but this is not one of them.”

On the audience side, meanwhile, the picture is even worse. The audience score on the site stands right now at just 43 percent, based on more than 50 ratings. The most recent of which, as of the time of this writing, include:

It’s not just Rotten Tomatoes where The Weekend Away is getting slammed, either. On IMDb, the film has a 5.6/10 rating, based on input from more than 6,700 IMDb users.