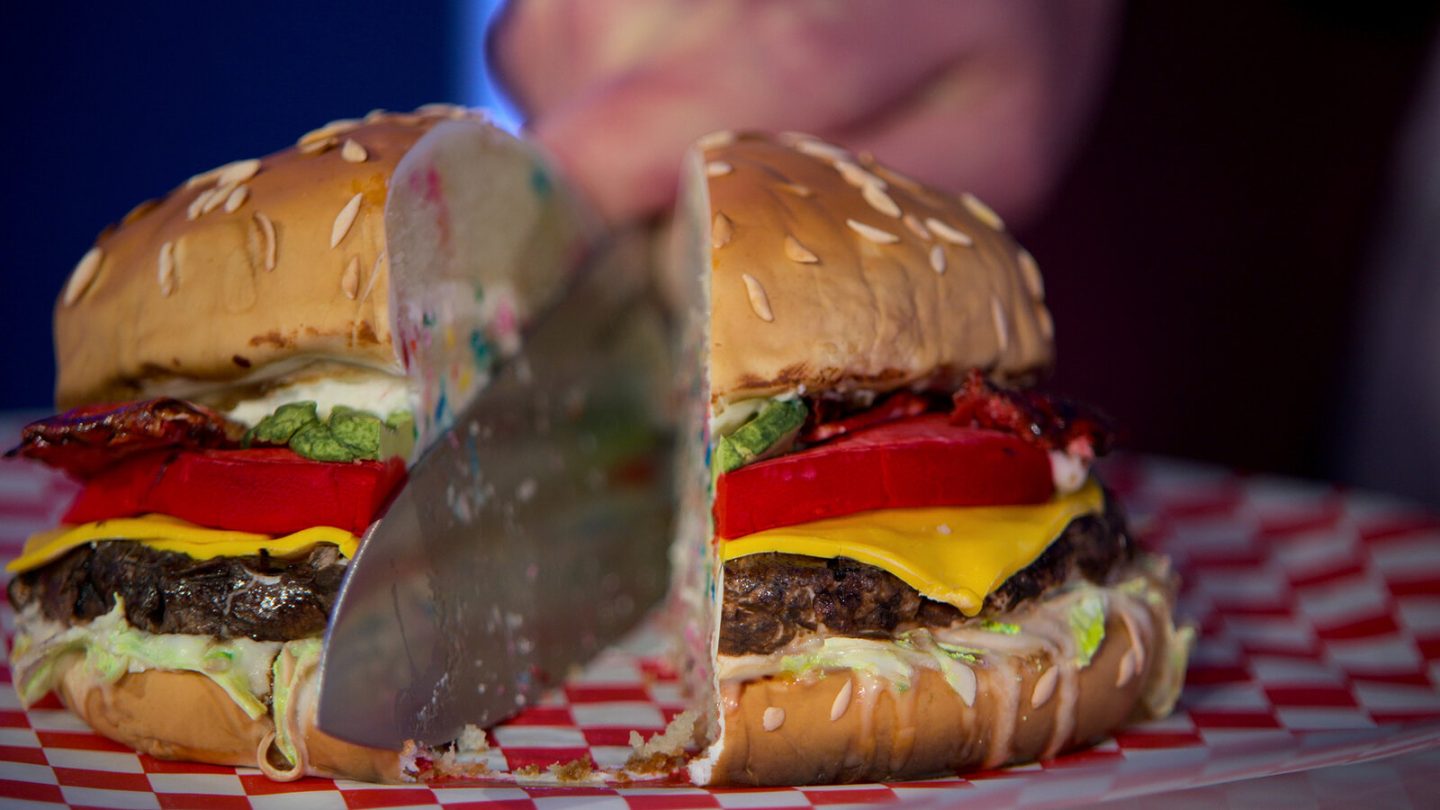 I was listening to a new episode of The Town last night, a podcast hosted by entertainment journalist extraordinaire Matt Belloni, in which he spends a fair amount of time picking apart Netflix’s content strategy. He’s of the mind, just like a lot of you, that the streamer might be better served if, basically, it released less stuff. And perfected more of it, instead. And while he was mostly talking about movies, I also can’t help but feel like he might put something like Is it Cake? in his see-I-was-right column.

For the unaware, Is it Cake? is a just-released 8-episode Netflix game show to add to the growing pile of hit-or-miss reality series on the streamer. And it’s no secret what this new one is about. Contestants bake cakes in the form of random objects, and then try to fool a panel of celebrity judges. Is that shoe really a shoe, or is it cake?

Is it Cake Netflix series

SNL’s Mikey Day is the host here. And all eight episodes are available to stream now on Netflix following the show’s release on March 18.

What’s so interesting, to me at least, about a show like this is that it’s almost a sort of Netflix Rorschach test. Some of you will look at this, for example, and see a dumb fun idea that you wouldn’t mind streaming when you don’t have anything better to do. Others might pan this as a clear indication that Netflix is running out of ideas. And that the streamer, furthermore, is scraping the bottom of the barrel.

That last complaint is something you hear people say a lot about Netflix, and it’s understandable. You’re scrolling forever, looking for something new to watch, nothing catches your eye. And then the sigh, followed by the inevitable “there’s so much crap I don’t care about on here” complaint.

But that lament also belies the fact that, because Netflix can’t make content that appeals to everybody, it instead makes tons of things that appeal to somebody. Which is why you get the kind of I hate it/I love it response from viewers to something like Is it Cake? —

What reality shows should I watch on Netflix?

In terms of the reality genre on Netflix, there are also plenty of examples on Netflix that are legitimately popular without descending into slightly cringe territory of something like Is it Cake? Reality titles that Netflix lists in its app as being among the most popular include: