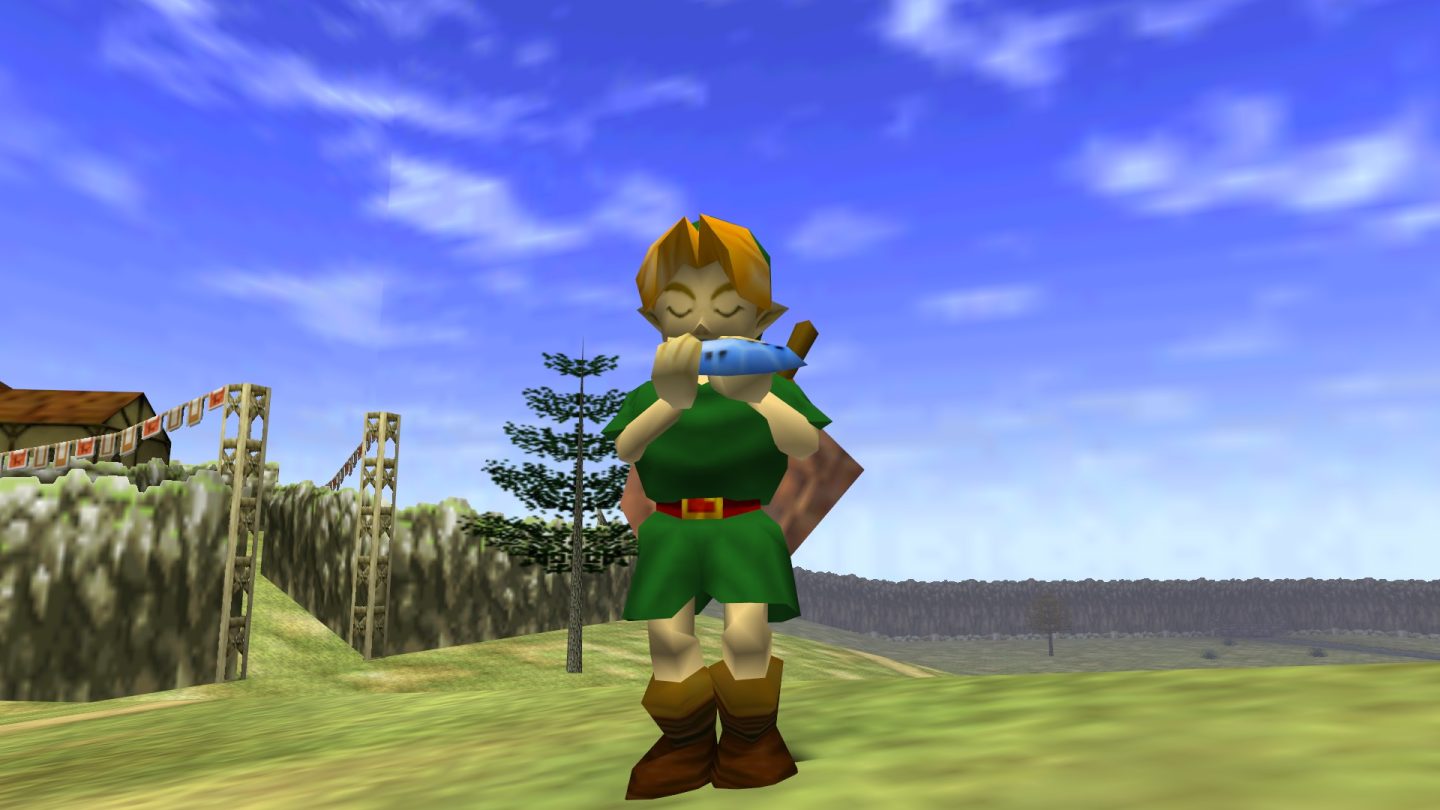 Earlier this week, a new trademark filing seemed to suggest that an N64 Classic Edition is in the works at Nintendo. Of course, the company has yet to confirm the console’s existence (and likely won’t until 2018), but while we patiently wait for confirmation, we thought it would be a good idea to help Nintendo out by making a list of 20 games we desperately want to see on the N64 Classic Edition.

Some of the games on this list are obvious inclusions, while others are deep cuts that you might have forgotten about or never heard of in the first place. We also included several games developed by Rare, which has since been acquired by Microsoft. It’s hard to imagine those games actually appearing on a new Nintendo console, but since this is a dream wishlist, we decided to include them anyway:

Super Mario 64 might have been the first, but Banjo-Kazooie was arguably the most ambitious 3D platformer released for the N64 in its first couple of years on the market. This is the first of several Rare games, so while we almost certainly won’t see it on the N64 Classic, we couldn’t leave it off the list.

Banjo-Tooie, the sequel to Banjo-Kazooie, was even grander in scope than the original and introduced a host of new characters and mechanics to the franchise. There is some disagreement over which Banjo game is better, but it didn’t get much better than this for fans of 3D platforming.

A Bomberman game with a story? Bomberman 64 isn’t the best Bomberman game ever made for those who simply want to blow up their friends, but the adventure mode was surprisingly compelling.

Possibly the most obscure game on this list, Chameleon Twist was one of my personal favorite N64 games growing up. Much like Mario 64 or Banjo-Kazooie, Chameleon Twist is a platformer, but as the name suggests, you play as a chameleon who has to navigate the world by using his tongue. It doesn’t always work, but it’s one of the more unique games ever released for the Nintendo 64.

Hub worlds weren’t uncommon in platformers, but the island of Donkey Kong 64 felt like a real, cohesive world in 1999. Yes, the game was mostly a collectibles bonanza, but the ability to play as five characters, each with their own unique skills, gave Donkey Kong 64 a personality all its own. And of course, who could forget the famous (infamous?) DK Rap from the opening credits?

For a certain generation, GoldenEye 007 is and always will be the most iconic first-person shooter of all time. Every level was memorable, every piece of music was unforgettable and every multiplayer match would leave you breathless. The N64 wouldn’t have been what it was without GoldenEye.

Other than the 3D models and background, Kirby 64 was a pretty standard side-scrolling Kirby game. And yet, the ability combinations, challenging boss battles and replayability make it a worthwhile addition.

The Legend of Zelda: Ocarina of Time

Ocarina of Time might just be the best game ever made. If Nintendo were to make an N64 Classic Edition, Ocarina of Time would have to make the list. For any younger gamers who may have experienced Zelda for the first time with Breath of the Wild, this would be a great history lesson.

The Legend of Zelda: Majora’s Mask

When I first played Majora’s Mask, it creeped me out. The idea of the moon colliding with the planet was a little too much for me to process in 2000, but when I finally got around to finishing it a few years ago, it shot up the list as one of my favorite Zelda games of all time. The remastered version on the 3DS is better for a number of reasons, but Majora’s Mask still has to be on the N64 Classic.

I have a confession to make: Mario Kart 64 is my personal favorite N64 game. It even beats out Ocarina of Time and Super Mario 64. I know that’s not a popular opinion, but it’s just the way I feel. The music on Rainbow Road, the confusion of Yoshi Valley, the thrill of playing the courses in reverse after unlocking Extra mode — Mario Kart 64 is a no-brainer, so here it is.

I don’t know what the hot takes are in regards to the best Mario Party games, but I distinctly remember having more fun with Mario Party 3 than either of the first two games. I think it had a lot to do with Duel Mode, which sort of reminded me of Pokemon. Anyway, this is the Mario Party I’d pick.

Another completely unique and bizarre platformer, Mischief Makers gave me more trouble as a kid than any other game I can remember playing on the N64. You play as a robotic maid named Marina who is on a journey to rescue her creator, who was kidnapped by the evil emperor. While combat is part of the game, you spend most of your time grabbing and shaking things in the environment. It’s weird, but the good kind of weird, and totally deserves a spot on this list. 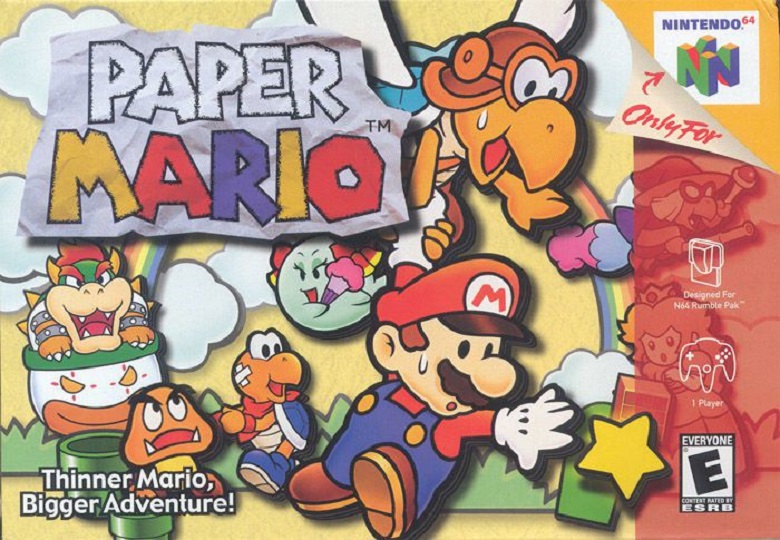 There have been plenty of great Mario RPGs and plenty of mediocre Mario RPGs, but the original Paper Mario holds a special place in the hearts of N64 owners. The writing is great, the combat is fun and the side characters are some of the best in any Mario game. I’ll take any excuse to replay this game.

GoldenEye 007 gets all the attention, but Perfect Dark was a better game in every way. The story was better, the multiplayer was more dynamic, the guns were more interesting and there was a counter-operative mode in the campaign where a friend could play as a random bad guy in the level while you tried to complete the mission. 100x better than GoldenEye and I’ll fight anyone who says otherwise.

Everyone is nostalgic for Pokemon Snap, but it’s not just because of the property it’s attached to. Pokemon Snap was a genuinely interesting game, and yet another game on this list that isn’t quite like anything that came before it or after it. Everyone likes taking pictures of Pokemon, that’s all there is to it.

Star Fox 64 might be the most replayable action game ever made. Despite taking a little over two hours to beat the main story mode, the game refuses to let you go, forcing you to see what would have happened if you’d taken a left instead of a right, if you’d let Falco die or if you saved him instead. Every Star Fox since Star Fox 64 has tried and failed to live up to its legacy, and that says a lot.

When Star Wars: Rogue Squadron came out on the N64, there was no prequel trilogy. The Phantom Menace was still months away, and we were just happy to be flying around Hoth in a snowspeeder and blasting TIE fighters out of the sky. (I was this close to including Star Wars Episode I: Racer instead, so count your lucky stars that I don’t have a job at Nintendo).

I’m not sure anything really needs to be said about Super Mario 64. It changed the face of gaming, it single-handedly put the Nintendo 64 on the map and it somehow still holds up over 20 years later.

Visiting some friends for the 4th of July, I had a chance to play the original Super Smash Bros. for the first time in a few years. I got my butt handed to me, but I was reminded of just how good Nintendo’s 18-year-old brawler really is. Unfortunately, there aren’t many fully-functional N64 controllers remaining on this planet, but perhaps the N64 Classic Edition could solve this problem too.

Last up, we have a game that most people don’t like very much. It’s short, simple and a pretty disappointing follow-up to Yoshi’s Island (one of the most lauded SNES games in history), but I loved it. And I’m making the list, so this side-scrolling platformer is on it, whether you like it or not.