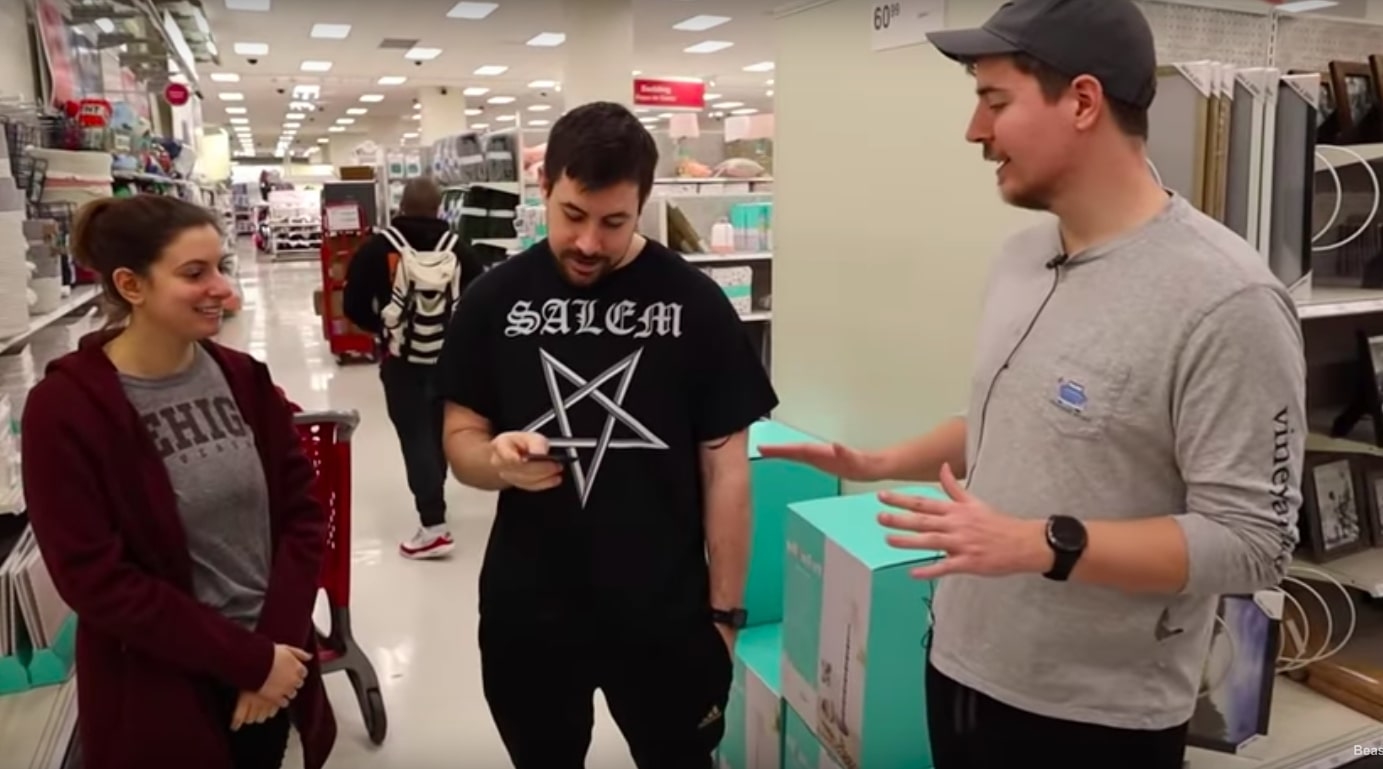 Your notion of the typical YouTuber might be anything from a Twitch streamer sharing clips of game streams to beauty vloggers, influencers and all manner of other loud, brash, in-your-face personalities — with the kind of persona focused on keeping people entertained and amassing millions of followers. And then there’s Jimmy Donaldson, aka MrBeast. An altogether different sort of YouTube presence who’s known not so much for his personality or his antics, as … his philanthropy? That’s right, this guy loves to give away stuff, and yes, on one level the giveaways work very much as attention-getting stunts. But take his latest video, which you can watch above.

MrBeast posted it over the weekend, and by mid-day Monday it had already racked up almost 14 million views on YouTube. The gist: He gives away his credit card to random people. Tells them they can buy whatever they want, they just have to stay under the card limit or they have to give everything back (Surprise, though: The card has no limit). What follows is an interesting social experiment that unfolds in real-time. And the video features nothing but giving random, ordinary people credit to buy whatever they want to make them happy.

Would your first instinct be to go nuts and buy as much as possible? No one really does that. In terms of quantity or cost. It’s interesting to watch most of the people he gives the card too kind of gingerly wonder aloud, maybe I’ll buy this, no I should put that back, maybe this instead.

I gave my credit card to random people and let them buy whatever they wanted! Go Watch 🤪

Some of the stories are also really touching. Each time, the person takes their purchases to the cash register at various stores and basically crosses their fingers, hoping the swiped card is approved and that they’ve stayed under the card limit (even though they don’t realize there isn’t one). One guy who gets the card basically says, okay, let’s head to the jewelry store. But he’s not trying to rack up a stack of gems and baubles for himself. He uses this insane opportunity of free money, in the form of a YouTuber’s credit card, to decide he wants to buy something nice for his sick mother.

There are some funny tweets about the video, including lots from people begging MrBeast to let them have a go at his credit card and others wondering where he’ll show up next. Do yourself a favor and check out the video above if you need a jolt of feel-good content for your Monday.