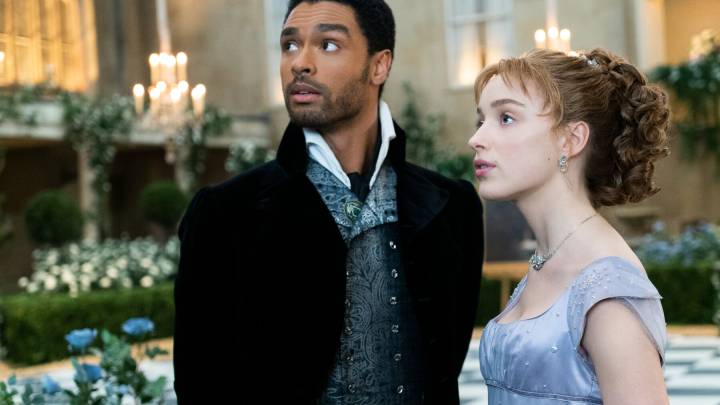 If anyone in the TV business could be said to enjoy the small screen equivalent of a Midas touch, that honor would most definitely belong to Shonda Rhimes — the creator of everything from Grey’s Anatomy to Scandal, whose Shondaland TV empire is now delivering its deliciously buzzy content to Netflix subscribers.

The end of December saw the debut of the first Shondaland series as a result of Rhimes’ production pact with Netflix. Bridgerton, a Regency-era drama series based on a book series by Julia Quinn, has been described as a little bit of Scandal meets a little bit of Jane Austen. But even that’s a bit wide of the mark, and doesn’t appropriately convey why this new series — which has a 92% critics score and an 87% audience score on Rotten Tomatoes as of the time of this writing — is among the most-watched shows on Netflix right now.

In fact, for the final week of both December as well as 2020, Bridgerton was the most-watched show on the world’s biggest streamer. That’s according to the team at Reelgood, the streaming search engine service that each week shares with BGR what its several million users are watching via Reelgood.

What the series gave streaming fans is a sexy, stylish, period drama that was perfect to binge during the post-Christmas holiday lull when everyone’s work schedules were still a bit light because of the end-of-year slowdown. A recent NPR review of the show was given the very un-NPR headline — “‘Bridgerton‘ Is A Delicious, Raunchy Tale Of One Very Hot Family.”

Netflix’s own description of the show is as follow: ‘From Shondaland and creator Chris Van Dusen, Bridgerton follows Daphne Bridgerton (Phoebe Dynevor), the eldest daughter of the powerful Bridgerton family as she makes her debut onto Regency London’s competitive marriage market. Hoping to follow in her parent’s footsteps and find a match sparked by true love, Daphne’s prospects initially seem to be unrivaled. But as her older brother begins to rule out her potential suitors, the high society scandal sheet written by the mysterious Lady Whistledown casts aspersions on Daphne.”

The streamer’s rundown of the series continues by noting that, at this point, the rebellious Duke of Hastings, played by Regé-Jean Page, enters the picture. He’s a bachelor, and both he and Daphne Bridgerton claim “they want nothing the other has to offer.” Even though “their attraction is undeniable and sparks fly as they find themselves engaged in an increasing battle of wits while navigating society’s expectations for their future.”

Still, if that one wasn’t your cup of tea (no pun intended) you can check out the full list below of everything else that was popular among Netflix users during the week of December 24-30. In terms of some of the runner-up shows that Bridgerton beat out, The Queen’s Gambit is still incredibly popular and continuing to result in record sales of chess sets. And the fact that the perennially popular NBC sitcom The Office was also among the most-watched Netflix shows in December can be explained by the fact that it’s now finally rolled off the service — and onto NBC’s own streamer, Peacock.

To mark the occasion, in fact, some never-before-seen Office scenes were released in tandem with the launch on Peacock. Like this Matrix-themed scene featuring Dwight Schrute:

Meanwhile, here’s the full list of the 10 most-watched TV shows on Netflix during the final week of 2020, per Reelgood: