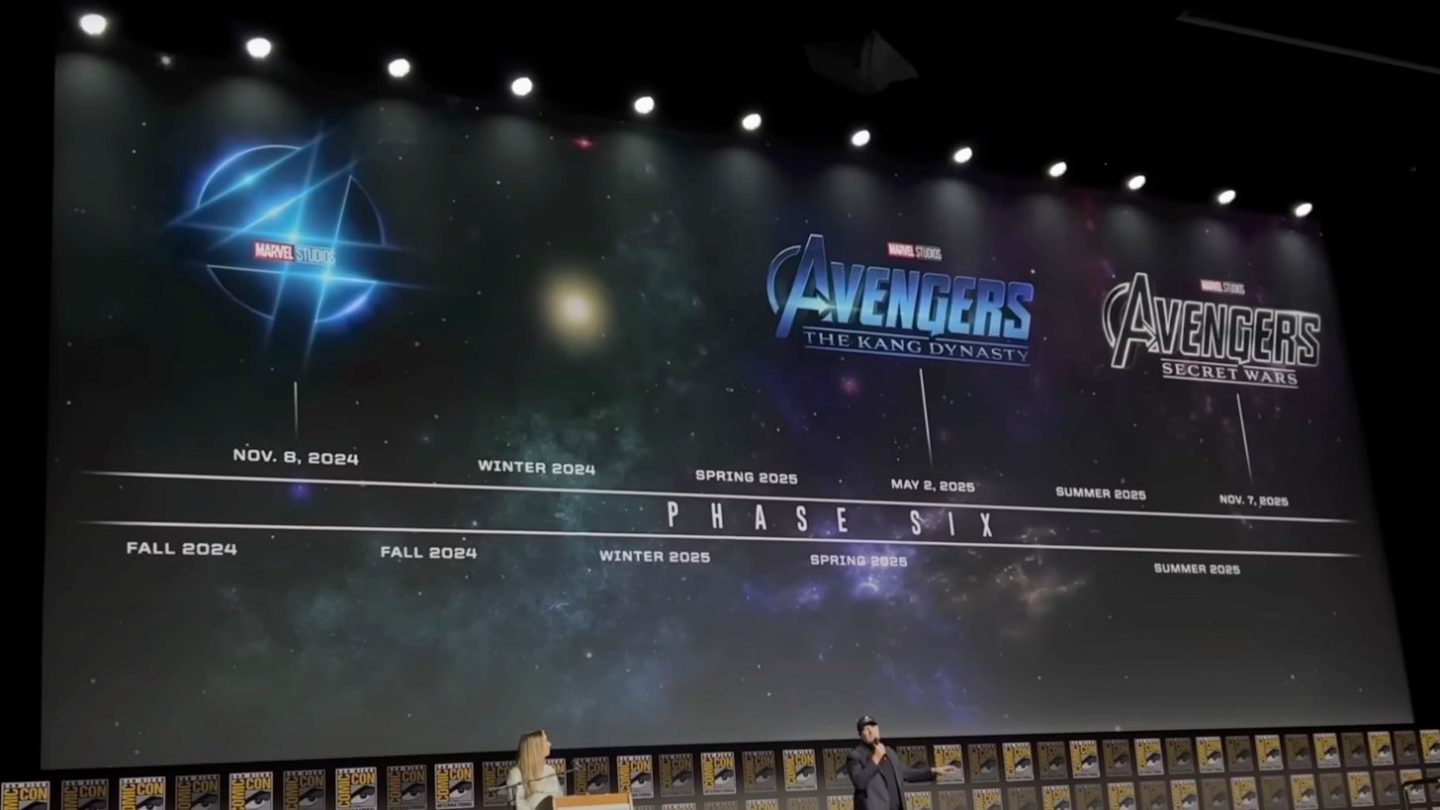 Marvel made it clear where the current Avengers story is heading at two major events this year. At Comic-Con, Marvel revealed the MCU Phase 5 titles and three pivotal Phase 6 projects: Fantastic Four, Avengers 5, and Avengers 6. It also said the current saga is called the Multiverse Saga, and will end with Secret Wars. But Marvel did not provide many Phase 6 details and wouldn’t even touch on Phase 7, which rumors say could include the MCU’s X-Men reboot.

Marvel then provided additional details about some of the upcoming Multiverse Saga titles at D23 Expo in September.

Months later, a new Marvel might have spoiled every Phase 5, 6, and 7 title or project that is currently in development. Before we look at this extensive list, you should know that massive spoilers lie ahead, assuming the information is accurate.

The information comes from the MarvelStudiosSpoilers subreddit, where the mods posted the purported MCU titles that follow, complete with release dates/windows.

We’re looking at titles for Phases 5, 6, and 7, and the number of projects is significant. It exceeds Marvel’s announcements by a wide margin. And it explains why Marvel was confident making those big Comic Con 2022 announcements. If this leak is accurate, then big surprises are coming to this massive Avengers storyline.

Not to mention the big X-Men surprises that will follow Secret Wars.

The leak claims that What If…? season 2 will drop in January 2023, but the series will still be part of Phase 4. After that, Phase 5 will follow, featuring plenty of familiar titles. We’ll mark the ones that have not been announced below:

The MCU Phase 6 only has four official titles right now, Deadpool 3, Fantastic Four, Kang Dynasty, and Secret Wars. But if the list below is accurate, then Phase 6 will be even bigger than Phase 5.

That’s not exactly a surprise, considering that it’s the last phase of the Multiverse Saga, which will conclude with an Endgame-like finale, Marvel’s Secret Wars. This time, we’re marking the titles that Marvel officially announced:

If the leak is accurate, then Phase 7 will have two X-Men movies, as well as plenty of sequels and TV series: