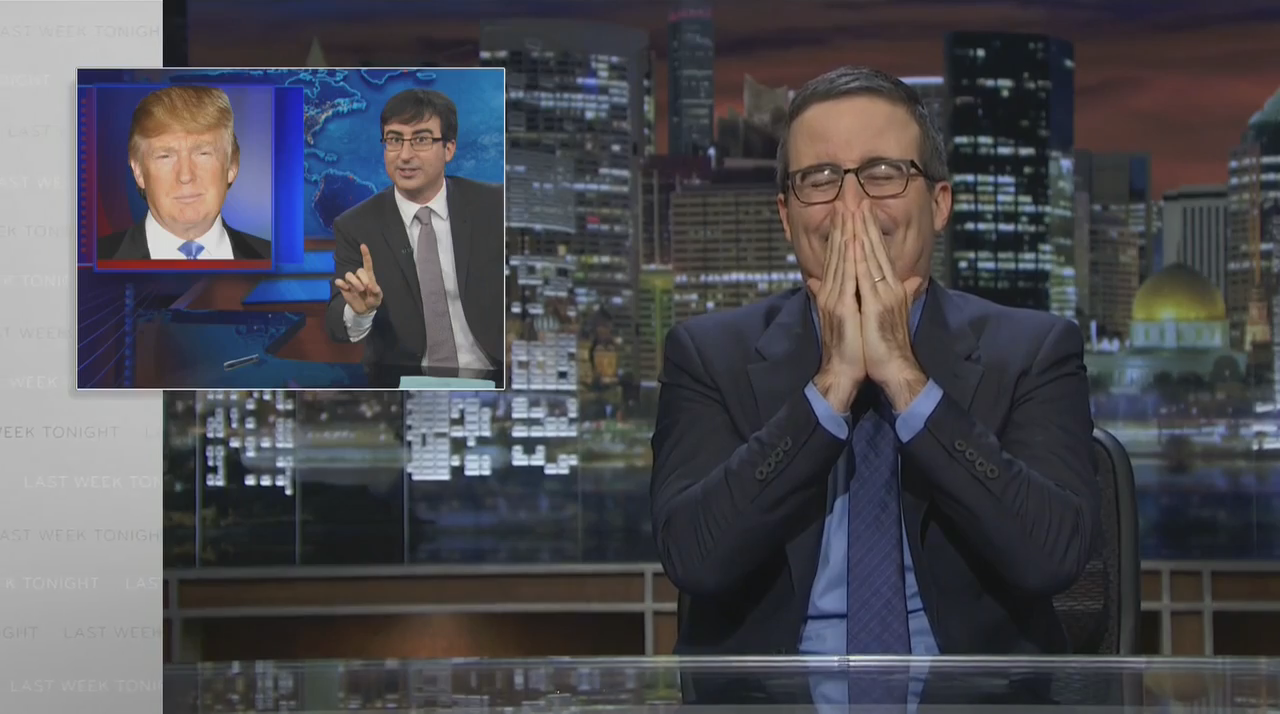 In less than 24 hours, polls will open around the country and tens of millions of Americans will cast their ballot for the next President of the United States.

As such, Last Week Tonight host John Oliver only had one more chance to talk about the election before the votes had been cast and counted. And so on Sunday, Oliver took some time to drag Trump over the coals while reminding everyone that it might be partially his fault that Trump ran in the first place.

Yes, you read that last sentence correctly. Back in 2013, John Oliver temporarily took over for Jon Stewart as host of The Daily Show. During Oliver’s tenure, Donald Trump announced that he would consider running in 2o16. Oliver, thrilled at the prospect of a Trump campaign, told the real estate mogul to “do it,” noting that he would write a campaign check immediately if he would actually run.

Three years later, Oliver isn’t quite so enthusiastic about Trump:

There’s no one in late night who does self-deprecation quite as well as John Oliver. He didn’t have to dredge up an old clip of himself telling Donald Trump to run for president, but he’s as good as anyone at making himself look like a fool and rolling with each and every punch that he throws (at himself).

Political affiliations aside, this has been an exhausting election cycle. No matter the result, I’m sure most of us will be glad to see it come to an end this week (even if it means all of the talk shows will run out of material).