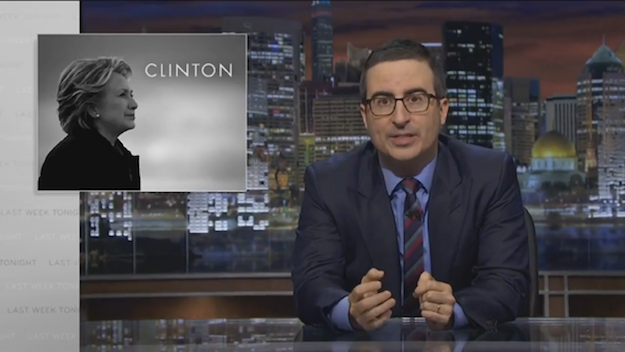 With just days to go until the 2016 US Presidential Election, many of us are simply ready to put this entire chaotic chapter behind us once and for all. But the FBI has other plans, as the bureau’s chief, James Comey, reignited the Hillary Clinton email case last week by sending a letter to several Republican chairs informing them of the discovery of emails that “appear to be pertinent” to the investigation.

So far, we have no idea what those emails contain, whether or not Hillary Clinton actually sent them or if they were already examined previously. Nevertheless, the Clinton emails have once again taken over headlines, and on Last Week Tonight this weekend, John Oliver felt the need to respond:

It’s worth watching just to see Joe Biden’s reaction when he learns that the emails surfaced during the FBI’s probe of Anthony Weiner, who Biden clearly isn’t the biggest fan of. Can this election be over already? Please?