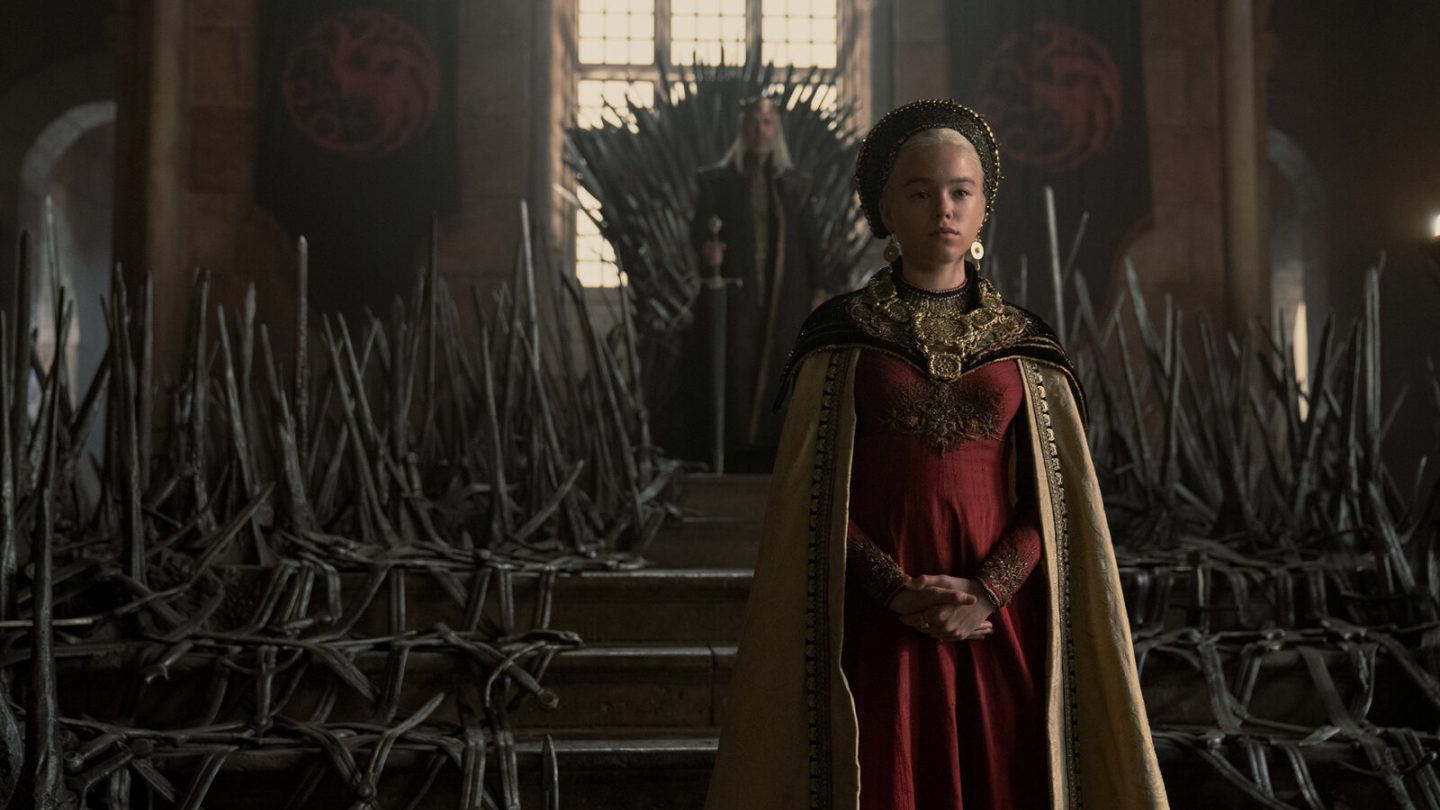 There were times while watching the lavish and intermittently bloody spectacle of Episode 1 of HBO’s House of the Dragon when I felt a little like the crowd roaring in approval from the stands during King Viserys Targaryen’s tournament to celebrate the birth of his child.

In both cases, the thing being paid attention to consisted of spectacle, excess, and contests with a binary outcome. And if you were fine with that kind of thing going into the series premiere (titled The Heirs of the Dragon, and now streaming on HBO Max), then like the tournament spectators cheering the clashes of sword and spear you were no doubt sufficiently entertained.

House of the Dragon episode review

For better or worse, though, we should make clear straight away that there is nothing new under the Westerosian sun. Not that you probably expected it, but House of the Dragon’s are not all richly drawn, three-dimensional characters. At least, not yet.

With perhaps one exception — Milly Alcock’s Rhaenyra Targaryen, a wide-eyed dreamer who, thanks more to the actress than the strength of the writing thus far, effortlessly commands your attention — it’s not so much that I care for any of these characters yet, really, as I do the respective boxes that they each check:

We’ve got, for example, the feckless king. His psychotic, ambitious brother. Scheming members of court. And an heir who would (seemingly) ensure the kingdom’s stability, but who had the misfortune to be born a woman.

All of that is a long way of saying: HBO spared no expense here to ensure that this sprawling tale set almost 200 years before the birth of Daenerys Targaryen would appeal to OG Thrones fans. Indeed, all of the familiar ingredients are present and accounted for.

Sumptuous visuals, palace intrigue, bloodbaths, raunchy sex, and fearsome dragons (attended to by the white-haired Targaryens who ride them). Welcome to HBO’s high-stakes gambit to expand the Game of Thrones universe, three years after the much-maligned and disappointing finale of one of the most important TV shows of all time.

READ MORE: Everything to know about HBO Max’s most anticipated show of the year

As noted, this Game of Thrones prequel takes us a couple of centuries back into the past. In Episode 1, there are already whispers of a foreboding, oncoming “winter.” The Targaryen family occupies King’s Landing, and the series begins by showing us how King Viserys came to power.

He seems to spend most of his time on the throne fretting about a lack of male heirs, given that he only has a daughter (Princess Rhaenyra, who’s quite content to ride her dragons, notwithstanding how often her parents tell her she smells like them). Her constant companion is Alicent Hightower, the daughter of Otto Hightower — Hand of the King to Viserys.

At one point during The Heirs of The Dragon, Viserys’ wife Aemma goes into labor, but there are complications. The grand maester tells the king, who was desperate for a son, that he can perform an operation to try and save the child. But the ensuing blood loss will kill the mother.

Guess what the king decides to let him do.

In true Thrones’ style, the birth is a disturbing, stomach-churning scene. The queen dies. Shortly thereafter, so does the baby boy. The son that Viserys had been so desperate for, and who Viserys’ nettlesome brother Daemon Targaryen (played by Matt Smith) flippantly dubbed the “heir for a day.”

Throughout the series premiere, Daemon behaves as a spoiled, headstrong, and brash troublemaker. One who gives off the distinct impression that he would be a frightening ruler, indeed, were he to take control of the Iron Throne.

Viserys eventually decides that, despite the fact that no woman has ever before ruled the realm, the choice of Alcock’s Rhaenyra as his successor is a no-brainer. The last we see, for now, of Daemon (following a ceremony during which all the lords pledge fealty to Rhaenyra) is of him riding off on a dragon accompanied by a former prostitute that he’d grown close to.

The more things change, the more they stay the same. Life is short, brutal, bloody, and cold in Westeros. And if you’re not fighting to hold on to power, you’re scheming night and day to figure out how to get your hands on it.

Game of Thrones HBO HBO Max House of the Dragon