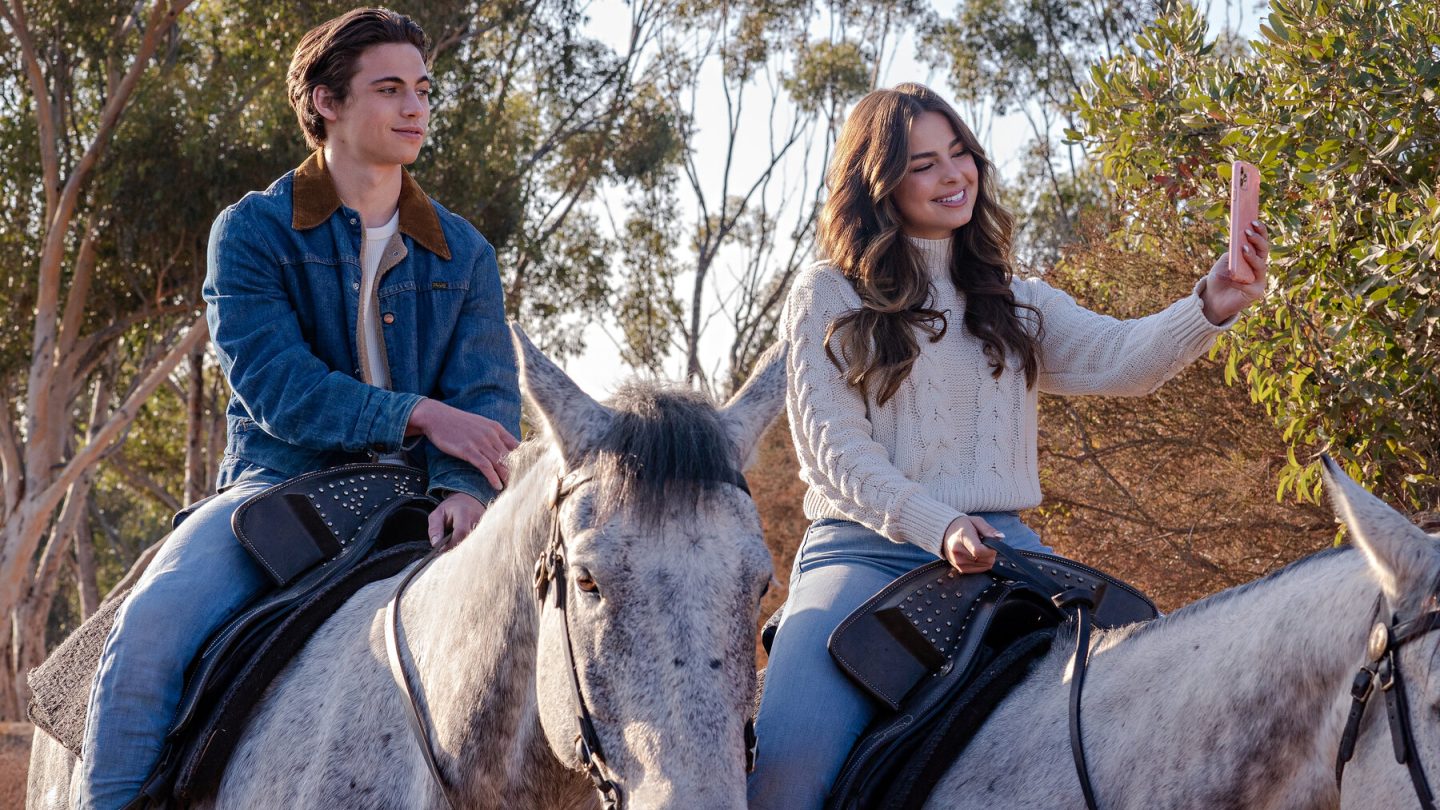 One of the tangible perks of TikTok fame is apparently the opportunity for movie stardom. That’s why a social media celebrity, whatever that even means, named Addison Rae was afforded one of the lead roles in the newly released He’s All That movie, Netflix’s gender-flipped remake of the 1999 teen classic She’s All That (which starred Freddie Prinze Jr. and Rachael Leigh Cook).

If you haven’t streamed it yet, here’s how Netflix describes this remake. The central character is Rae’s “teen social media influencer” Padgett Sawyer. After an on-camera breakup goes viral, she embarks on “a risky bet to save her reputation. She swears she can turn scruffy antisocial Cameron into prom king material. But things get complicated when she finds herself falling for him IRL.”

He’s All That movie – now streaming on Netflix

One thing that’s not complicated to understand? The trouncing that this movie — one of the many films and TV shows released by Netflix in August — has taken. From both critics and audiences.

As of the time of this writing, He’s All That has a 30% audience score on Rotten Tomatoes. Based on more than 250 user ratings. In terms of the response from critics, it’s a similar story. A 33% score there, based on 40 reviews at the moment. Such as this one, from our sister publication Variety which bemoans the movie thus: “All considered, the stultifying story feels as passé as the slang expression “All That.'”

He's All That is now on Netflix pic.twitter.com/IJ5HP0cn0I

The burns don’t get much stronger, though, than this one from The Washington Post: “In the end, He’s All That is not all that — not even a little bit of that.” Indeed, the Rotten Tomatoes “critics consensus” summary describes the movie as being “hobbled” by a lack of chemistry between the leads. And comes up short in so many ways in comparison to the original that inspired it.

Famous, for being famous

You could argue that the negative response this movie has garnered could be a sort-of product of people’s increasing frustration with the Kardashian nature of Internet-driven fame. Many of today’s biggest celebrities are famous for little more than … being famous. A nauseatingly bizarre feedback loop, the product of which is a strange kind of social media alchemy. Turning people into the kind of star with a status that you used to have to actually do something noteworthy to achieve.

Rae herself is a 20-year-old with 83 million TikTok followers. An audience that she garnered for essentially dancing and looking pretty. That led her to opportunities like the one she recently got at a UFC event. Where she had the chance to do red carpet interviews. And where she also seemed to revel in how little qualified she was to be there.

I studied broadcast journalism in college for 3 whole months to prepare for this moment pic.twitter.com/5Z95OTSVTA

“How does every influencer have zero self awareness,” reads one of the top replies to that tweet.